Update, 12:55: Wow, was just about to head out the door, but checked my windows one last time, trying for single tix. And the original one I opened but had kept minimized as kind of a bonus attempt window had popped! So I got a bunch of my usual upper bleacher singles, including some in the fun little sections by the ball wall in center field.

Took a while, but I got exactly what I wanted.

If you're still in VWR heck, good luck. Stay strong...

Big day tomorrow. The links to games that will be on sale are active. I noticed each game has its own number in the url, as opposed to it showing the two teams and the date. All that means is that if you're going by the direct link stored in your browser's memory, it's harder to tell which game is which. No biggie. The other possible difference is that the VWR reloads after 15 seconds instead of 30. At least that's how it happened for the spring training sale.

I also used the code numbers in the April/May games to look at the June and beyond games. Those are showing a January 30th on-sale date. Excet for the September games, which show Sunday the 13th. That makes sense since those usually go on sale shortly after the April/May. (Any of these dates could change.)

And now it's time for the yearly "make fun of the Sox Pax names" report: Aside from the classics (Opening Day, Pats Day, TGIF, Saturday Special, Sunday Best), they've got the Yankee and Pinstripe pack. These, like some others, have exactly one Yankees game. Then you've got the Yaz and Splendid Splinter Pax. These are simply named after the number of the pack. 8 and 9. And finally, there's the Extra Inning Pack. Again, named after its number, 10. So nothing too ridiculous or cryptic this year. For people who care about opening day, tomorrow's Sox Pax sale is the way to go. And don't forget about the phone method. It counts, too.

And shortly after posting this, I remembered that noche is a feminine noun. So I changed it to La Noche. Myyyy mistake...

So wa, who cares?

Come to the Sowa Holiday Market this weekend in Boston. Kim will be seling her hand-made soaps and other fun stuff there. And I will be there some of the time helping her take your money. 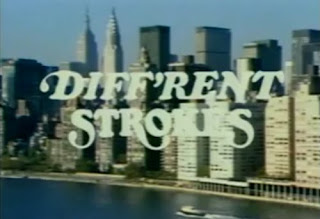 Took me a while, but I finally got pretty much the view from the Diff'rent Strokes theme on Google Maps. It was hard because you have to look through the side of the bridge. I wonder if they had a camera up on the bride or maybe in that tram thing. Or maybe it was just stock footage. Some buildings are blocked, but you can clearly see the twin buildings that have the K and E over them. And of course the ESB and the CB. I thought to do this not only because I'm watching "Black to the Future," but because I hung out with two people named Dee and Dwayne last night, honest to Greenwell. Oh, and Street View is everywhere now. Hawaii, Canada, Spain.... remember when it was just San Francisco?

So they're saying the MIke Lowell trade is finally pretty much official now.... So more on that later when it's really fully true.

When Yankee Fans Try To Write

There's some fake Yankee ad "going around." You just knew there'd be errors. Especially in the apostrophe area--always a trouble spot for brainless Yankee fans. They just can't seem to grasp contractions.

Always so stupid when they bring the actual cities into it. If New York is better than Boston because the Yankees had a better year than the Red Sox, how come you can't say Boston is better at the same time because the Red Sox had a better year than the Mets? And do people in some town in a small farming village in upstate New York say that Boston is a cow-town or whatever? See what I mean? It's all just dumb. I base it on the fans alone, and we're better in every way. Clearly. (I'm also reacting to the other stupid versions of this ad which the original begat.)

Other funny stuff--I was doing a little more research on the blog-spamming, and I came across a blog (which seems to be partnered with ESPN) called "It's About the Money, (Stupid!)" Check out their banner. In less than a second, I noticed that the picture of the two Yankee Stadiums is backwards. Pretty "stupid," eh? You'd think one of their Yankee fan readers would have spotted this by now. (Please note: if it's backwards on purpose for some reason, how should I know? I don't read Yankee blogs.) (Also, I would have taken the exclamation point out from inside the parentheses and then...well, I don't wanna get into a whole big thing about it...)

Oh, and I've been meaning to say this ever since Peter Abraham has gone from covering the Yanks to covering the Sox: Why does he treat us like children? Right away he came out with some crap about "if you became a fan in 2004..." and it seems like every time I read him, he's giving me reminders about things everybody knows. Especially everybody who cares about the Red Sox enough to read about them on blogs in December. This guy has obviously been dealing with Yankee fans for too long...

Had two entries in the Xmas @ Fenway lottery (RSN and reg.), and one in the Yard Sale lottery. I went 0 for 3! Anybody have any luck?

When Paris Hilton became famous, I thought about that Simpsons episode when the advertising signs came to life. How Lisa discovered that if we "just don't look," these horrors will disappear. I wished everyone would just ignore Paris (and all the other people who seem to be famous for literally no reason). I figured if we sang the "just don't look" song, they'd be gone soon.

Today I saw an article on CNN.com by some ASS HOLE, analyzing and pondering the recent "disappearance" of Paris Hilton. She finally goes away, and they write about THAT. Shut up! The freakin' dragon leaves the village and leave out dragon food in the town square just to be sure it's not coming back?

I know, I'm doing the same thing by bringing this up. But I don't have millions of readers.

I realize that in 2009 you hardly need wait for someone else to air a show you want to see. But there's something SPECIAL about waiting all year for the Chuck Brown Xmas show. It's on tonight.

Yanks get Granderson, give up the all-American sounding trio of Coke, Kennedy, and Jackson.

Yes, it's true. I, too, had an affair with Tiger Woods. Haven't you?

A few years ago, a my buddy and I were ready for a new dollar bet. The tradition started back in the late '90s with "who will have a baby first, Britney Spears or Christina Aguilera?" Every time a bet is won, a new bet is drawn up, often on an actual scroll. Meaning a piece of paper. On the most recent occasion, we made it a three-parter. This was shortly after Tiger Woods' wedding, so my contribution was to have us pick the date that Tiger would get divorced. I don't remember the date I picked (the bet is over now so it doesn't matter), but the point is, I predicted his marriage wouldn't last. Why? Not because I thought he was a cheater. But because I feel like the odds that a millionaire and a model just *happen* to be "soul mates" are non-existent.

So I'm not trying to take credit for predicting what's going on now, nor did my original prediction mean I was rooting against the marriage--though I'd always get excited about any little news tidbit about Tiger: "he didn't make the cut? Elin's not impressed..This could be the end!" You know, just so I could win a dollar. So you can imagine what it's been like in the little world of our bets. It doesn't get any more exciting than this--even though the bet is technically over. I mean, this would be like Christina and Britney having the same due date.

Oh, and while I wasn't really rooting against Tiger (I would have had no reason to--other than to win that dollar, of course), I have to say, when a person cheats, they deserve what they get. I hope every single detail comes out and he has to live with it.

"It's Amateur Night In Dixie"

I'm in NYC visiting Chan. [Note: I was totally home by the time I finished writing this, I just started writing it in NYC on Saturday night. So, let the record show I was in Providence when I posted this.] Before watching each of our respective college football teams have its dreams dashed, we walked down to 86th Street to see Fantastic Mr. Fox.

I've been a Wes Anderson fan since '96, and I've been hearing about his new movie for what seems like ten years, so this was a big day for me. And FMF delivered.

Members of the usual crowd are in it (Murray, Schwartzman, O. Wilson, Dafoe, Cox), plus George Clooney and Meryl Streep as mom & dad. The big difference with this movie, though, and if you have a talented eye you'll catch it, as that they're all stop-animated puppets.

The story is based on the Roald Dahl story of the same name. Ol' Roald didn't just teach and entertain milions of kids including me, he saved a lot of them, too. Anyway, the Anderson version goes way beyond the original story, and the fact that it's a cartoon only adds to the awesomeness. Go see it. I will be going back for another viewing.

But I'll be going at night. We went to a 1:50 Saturday showing, and it was like pre-school in there. I briefly flashed back to the opening scene of Ghostbusters II, when you see that the guys are still around, but they've been reduced to children's performers. And now I'm thinking back to the time I saw one of They Might Be Giants' "family" shows. Just weird when someone you've loved for years gets to the point where they're accessible to every single age group. But FMF is hardly a kids' film. It's just the next in the line of Wes Anderson movies...with cartoon foxes. It's beautiful. Oh, and if you think teenagers are messy, you should see what a movie theater full of toddlers looks like when the lights go up. I'm sure some of you have.