Got this on ebay a while ago. Here are some highlights, click to enlarge: 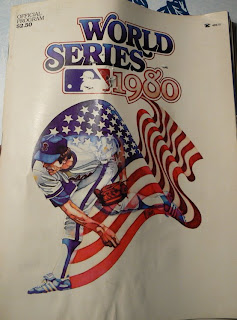 Sorry, the cover kind of got mauled by the cats. I don't usually leave this stuff lyin' around, but it was on top of a box I hadn't unpacked yet, and I guess they jumped in there at some point. 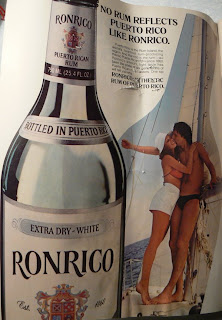 What kind of a boat ride is this? 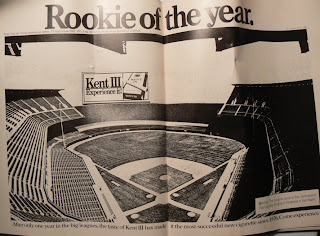 Clearly Yankee Stadium in this Kent III ad, but they've airbrushed out the billboards, scoreboard, and skyline. Brut, a staple of Yankee Stadium in left field back then, has its own ad later in this program anyway. 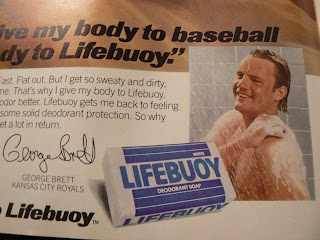 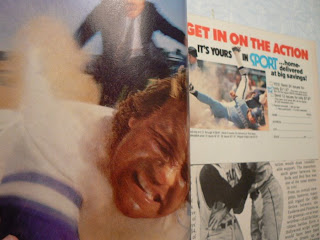 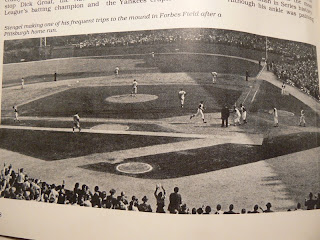 What's that thing laid out along the third base line in this picture from the 1960 World Series at Forbes Field? 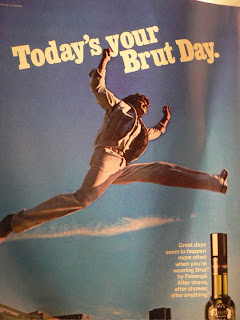 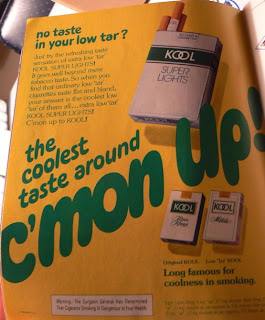 I like the colors and font in this one. 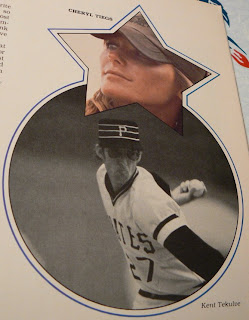 They had a series of Hollywood stars pictured next to their favorite players. Did you know Cheryl Tiegs liked Kent Tekulve?

I was mystified by this one. I don't remember this from any baseball cards or anything. There's a better look at the Creamer site, which claims it was the Phils' main logo from '70-'83. 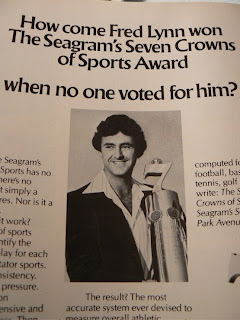 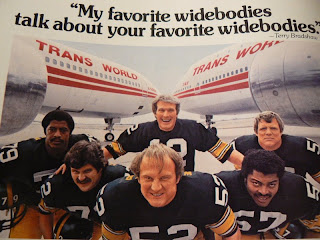 Is that Bradshaw's real hair? 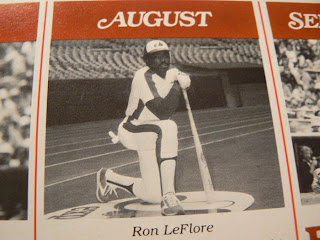 Remember that running track around the field at Olympic Stadium? 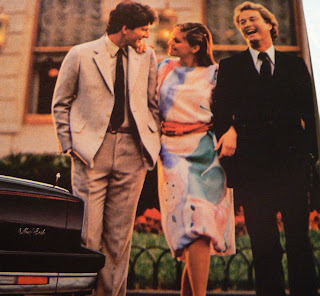 Who's dating who in this ad for the 1981 Monte Carlo? (And did they roll up the front of the bottom of her dress to show more leg? I don't think that's the wind.) 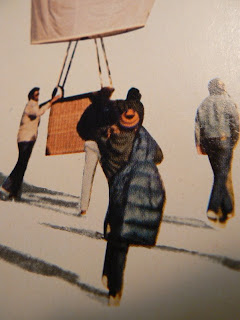 Okay, this is a weird one. I don't know about you, but on first glance, and for several glances after, I thought I saw Drooper from Banana Splits (below) in this ad. Turns out it's just some person walking toward a hot air balloon. 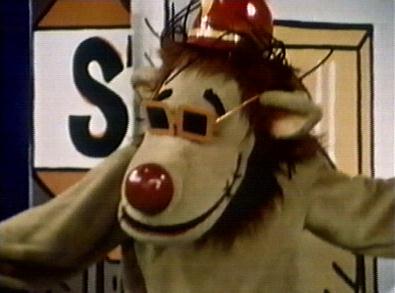 I showed Kim the ad and asked her what she saw and she said "a bear." So at least I'm not crazy, it does like like a creature facing you. Moving on:

Look at Cerone's NY compared to Reggie's. (There are pages dedicated to the four division champs of '80.) 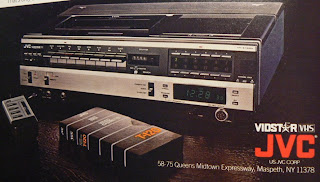 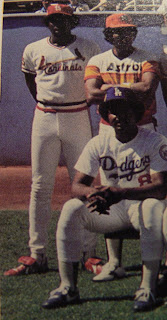 I saw there was a picture of the two All-Star teams and thought, I wonder if George Hendrick is there so I can see how far his pant legs are pulled down. (He's credited with starting that trend.) He'd have to be in the front row to see his ankles, and when I saw no Cards unis up front, I knew I wouldn't be finding out. Until! After perusing the picture, there was ol' George, hiding way at the left--standing up, with no one in front of him! Sure enough, low pants. Not all the way down, but definitely way different than everyone else in those days. 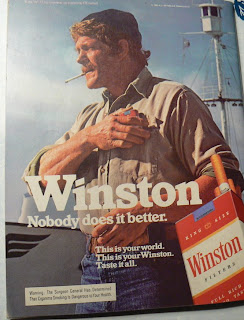 Yet another cigs ad on the back cover to close it out.

I also have an '81 All-Star Game program--with even better ads, I think. Watch for that gallery someday.

Comments:
In the Yankee Stadium shot, they've also taken out the bleachers and the replica frieze. Is it possible this is a shot of the then "new" Yankee Stadium before they built that part of it. Look at this shot during renovation. That whole back wall and the bleachers aren't even there yet.

I think I have your question about the baseline mystery object/thing answered...it's the longest third base coach's box in the world. He can follow his runner to home without leaving it.

Hey Jere,
That thing along the third base line in Forbes Field is an automatic tarp roller. They had one in St.Louis Bush Stadium (the cookie cutter one) also. Vince Coleman is notorious for getting his leg caught under it in the playoffs in 1985, injuring his knee and ending his season.