Here's a poor folk's video-podcast I just made. Part 1:

From The Horse's Mouth

Is SNY (the Mets' network) a sister station of NESN or something? On their nightly highlight show--after earlier showing almost every batter of Die Skay's outing tonight--they threw it out to Tina Cervasio, reporting on Dicey with NESN shirt and microphone. At the end she said, "reporting for SportsNite New York, this is Tina Cervasio." Maybe they just commandeered her to get a direct report on Deem At.

I got more free Nets tickets for tomorrow's game. They play the Celts. If any of you Cs fans out there in laptopland have any favorites, let me know, and I can snap some shots of him or her.

I Wanted Dice But I Got Shaughnessy

Shaughnessy's son, that is. I turned on the radio in time to hear Tavarez strike him out. He took a good cut, according to Castiglione, in his first at bat as a member of Boston College, who we're playing right now.

I went back and checked the message board to see that Dice-inator gave up a double but nothing else in two innings. His line is a permanent fixture at the bottom of ESPNews right now. In fact, when I put that on, they were interviewing Papelbon. It seemed live.

This year's gonna be fun.

You Won't Find This Stuff On Mnookin's Blog

What would you call a documentary about scaffolding?

"Menace in the Sky"

Big number 92 Scott White has hit two homers for the Sox against Northeastern today. After being no-hit for three innings by the college kids, we exploded for either six or eleven runs.

The other half of the Sox is trailing the Jays 4-1 late, as Hansack and Gabbo, Gabbo, GABBO have given up runs, I believe.

Damon and Giambi have gone deep for Dunbar against the Twin Cities. 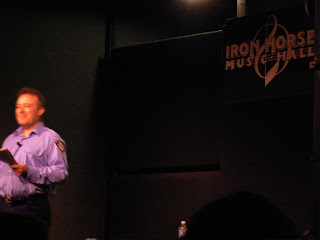 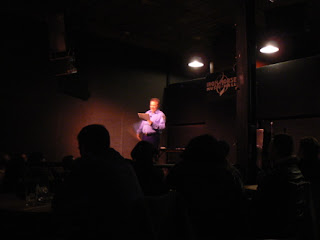 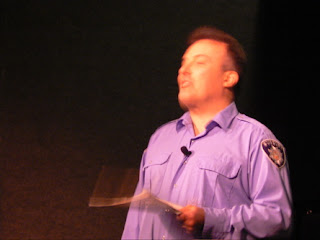 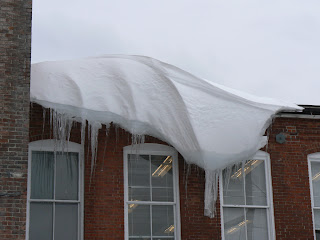 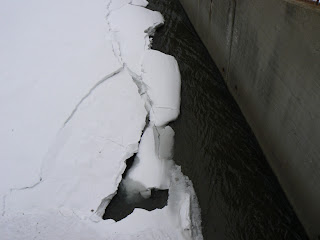 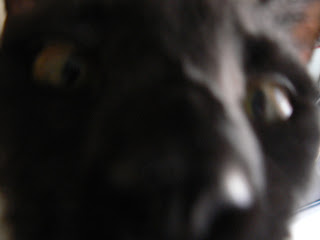 What town was I in when I took the picture below? Update: Sox lead 4-1! Cyn is live-blogging the game if you don't have access to it. (You'd think they would've given us MLB.tv for free in spring training, at the very least...) 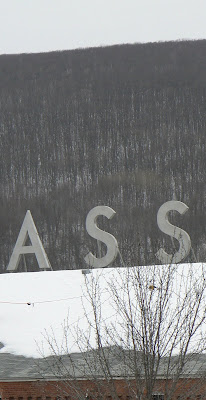 While I was away these past few days, I heard the report of how Mariano wouldn't play for the Red Sox. This followed the earlier statement by Curt Schilling, who said he couldn't play for the Yanks. (A story which dirtdogs read but somehow missed the key "n't" part of the word "couldn't."--And yes, Damon said the same thing as Schill, as we know, but remember, Damon's brain is half the size of the average person's.)

I am so glad to hear these players saying these things. Are they finally coming around? Are they finally able to realize how important this stuff is to the fans--who make their careers possible? Curt has even said the Yanks could offer him $25 million and he still wouldn't do it. This should be common sense, but unfortunately, most players--most people--would do anything if the money is right. (See baseball fans who complain about ticket prices and availability, but then advertise on their blogs for the very people who steal all the tickets away from us and then drive up the prices--the shady ticket agencies. Much more on that to come in the future. Trust me.)

While I'm glad players on both sides are saying they wouldn't want to play for the rival, can they please do it without saying "I love Mr. Steinbrenner"? (Curt, I'm looking in your direction.) Thanks.

I'd like to talk about that "other" Schilling thing again, too. It just seems like by complaining that he wasn't signed for '08 by now, he made it appear as if the team had done something wrong. They weren't going out of their way to disrespect him, nor were they saying "we don't want you anymore" simply by not saying anything yet. The reaction from fans sounds almost like they think the Red Sox haven't locked up Curt for this season, which they have. I admit to being the type who puts emotions ahead of other stuff sometimes. I wanted Bronson to stay, I wanted Pedro to stay. But that's because I was fairly certain they could offer us more. To honor a player for what they've done shouldn't entail a never-ending, automatic, blind loyalty contract. All these guys, including Curt, have been honored and thanked and applauded for what they've done for us. And I hope at the end of their careers, should they continue to work in baseball, they do it for the Sox. And in that case, yes, the ownership, in my mind, should offer every single guy who got a ring a permanent job with the team once they retire. But Curt is kind of old, and kind of declining. I wouldn't want the team to act without fully assessing the situation first. And they're allowed to do that--they do it with everyone. Curt shouldn't have to buy dinner ever again in New England. But he damn well better realize he still has to get himself to the restaurant!

My girlfriend makes the point that it's not like there's a huge talent barrel of pitchers to fish from, therefore, locking up Curt for 2008 would might be our best option. I just hope the guy knows when to hang 'em up. He's very close to the "Californication"-era. We don't need to see that.

To Say "Don't Worry, I'm Alive" Would Be Pretentious, I Think

My Gedman bio is up here. Check out some of the other bios people have done while you're there. I had nothing to do with the positioning of players on the list, as I came on board to the project after that was decided. We all have our own opinions on this stuff, so I don't need to tell you that my list would've been different--and no, I wouldn't have put Gedman #1. But Greenwell would've been irrationally high on my list. And Piersall behind Gedman? I'd gladly flip-flop those two on the list. I've actually done a bio on Piersall, albeit in high school after reading Fear Strikes Out.

I also would be Romulus and remiss if I didn't mention Andrew from 12-Eight, who tried to come up with a top 100 last year, but the project never made it to the final stage.

So, about Gedman--he wasn't my favorite growing up. I liked Greenwell hitting-wise, and Clemens pitching-wise. And of course Dewey and Jim Ed from way back, as my memories go back to the late 70s. Gedman became a cult hero for Pat and I in the late 80s, when we started noticing Joe Castiglione would always call him just "Gedman." Just a quick, raw, harsh, "Ged-man." Jody Reed would come up and Joe would cheerfully say "Here's Jody-Jody!" "And it's a base hit for Jody-Jody!... Here's Gedman." Like the party stopped when Gedman arrived in the batter's box. Between that and the classic swing and the old baseball cards where he'd be wearing glasses--we couldn't help but develop the cult of Rich.