I saw the Red Sox beat the White Sox on Saturday. This was my first time watching a game from the Monster Seats (standing room). I brought a camera. 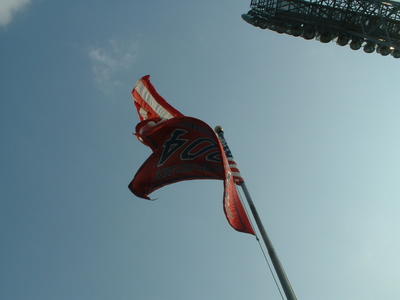 Just couldn't nail the banner shot. After three attempts ended with the banner looking like a thin line, I finally settled for this fourth shot. At least "04" is clear. Oh, and when I say banner, I'm referring to the banner that commemorates the fact that the Red Sox won the World Series. Last year. No, brain, I'm not effin' with you. 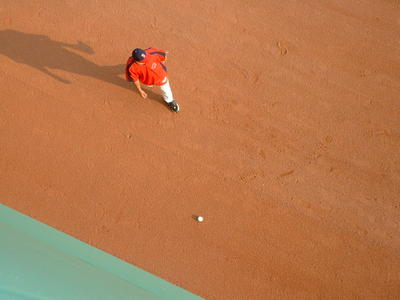 This may or may not be Jere. -mi Gonzalez, that is. I thought this was a throw-away, but upon further review, I like the shadow, the dirt, and, of course, the perspective. Speaking of further review, Doug Flutie walked past me in the Monster Seats. I said hi. He waved. I took a picture. Of the back of his head. From thirty feet away. Die-hard Flutie fans can e-mail me for a copy. Then they can ask me, "Which guy is him again?" Other celebs in the Monster Seats were the dude from Desperate Housewives who threw out the first ball, and Schonda Schilling, who stood in the same spot the whole game, chatting with fans. I noticed that she's not as big on "standing in a high place with lots of metal around during a lightning storm"-safety as she is with the sun-safety. Also saw Richard Bachman in his Ortiz jersey. 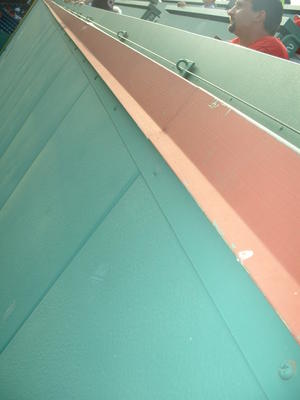 After the horrible umpiring the other night, some birds have said, "Red line does no good anyway. I poop on red line!"

A human just can't reach a camera out far enough to get a shot of the scoreboard, I don't think. You can see the upper ridge of it, though. And the open door. 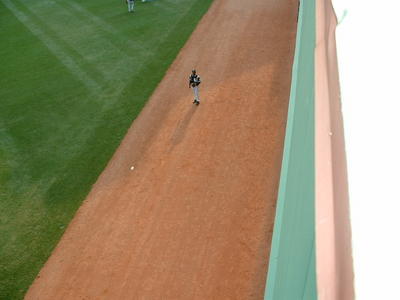 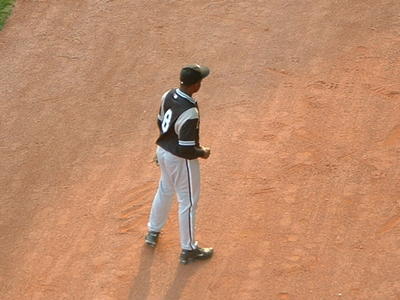 37 feet or so above Carl Everett. 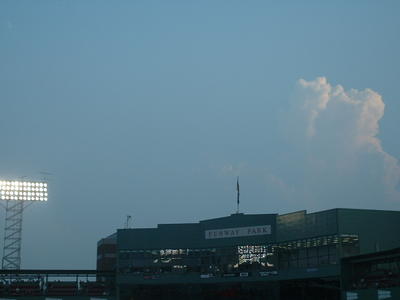 Cool cloud. Can you feel the humidity coming out of this shot? 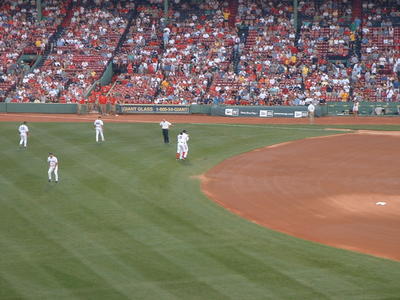 When Ortiz and Millar appeared before the game, Ortiz got a huge hand from the crowd. Millar raised his hat high to everyone, before doing "Oh, you meant that guy" jokey-joke hand signals. Then he jumped on David's back, as shown here. 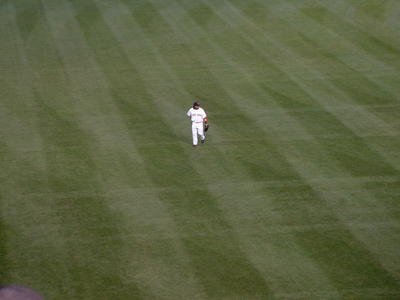 Manny joins us out in left. 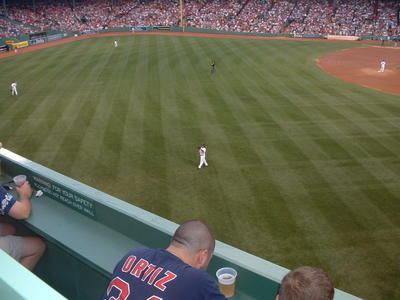 Manny motions toward fans. If I could afford season tickets, I'd get them down the left field line, just to be able to watch Manny interact with the crowd all night. 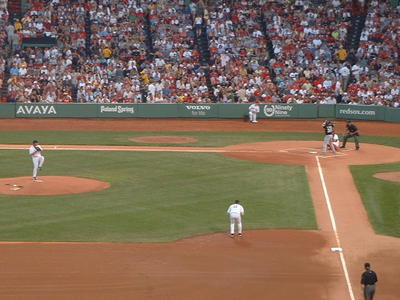 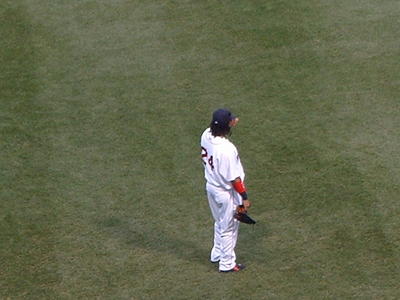 Bootleg T-shirt makers have succumbed to manny-being-mania. I can't believe people buy shirts that just say "Manny Being Manny." But I bought the Dream Theater album in '92, so I shouldn't talk. 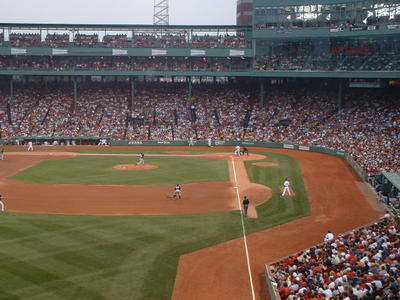 Kapler leads off in place of Johnny. At this point, I was in an actual seat, though my ticket was for Standing Room. I don't see how anyone could have these hundred dollar seats, and then not only miss all of batting practice, but the beginning of the game as well. Terrible job, rich people. This is why no one likes you. 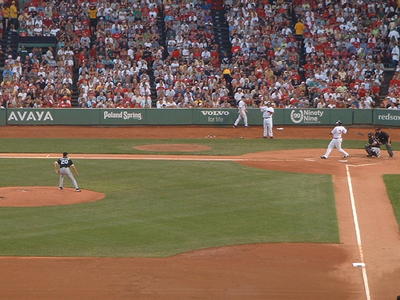 Ortiz hits one into the right field roof deck. (Trust me.) 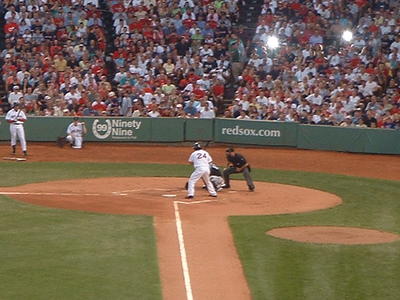 A picture of two other people taking a picture of Manny not swinging. 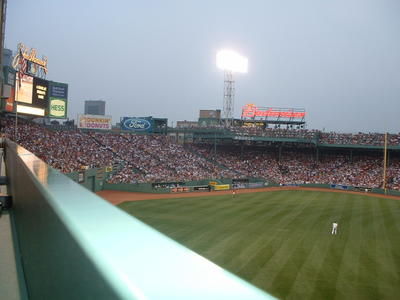 I like this shot of a hot summer night in the holiest of holies. Game time temp was 94 degrees. Eventually, lightning started flashing, and cops told us we might have to leave the Monster. But when the game was delayed, they told everyone in the park to head for cover anyway. It was cool going out on Yawkey Way to just feel the rain on me. 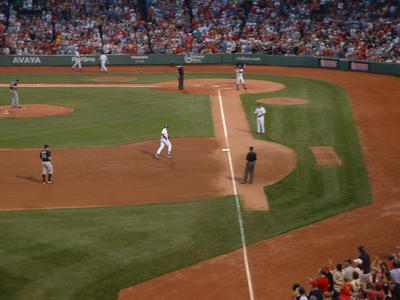 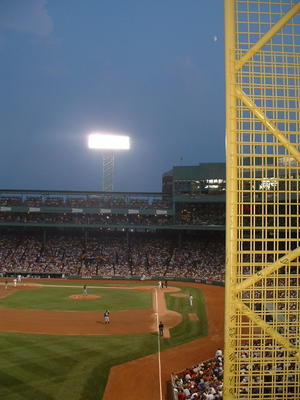 The moon over Fenway, and Fisk Pole. Fisk himself was at the game as well, as he often is. End of pictures.