Seattle Loses--Just How Jani Lane Would Have Wanted It

Lackey was essing the bed tonight. putting us down 2-0 right away, then 4-2. Thing was, he was leaving a lot of guys on base. We were fortunate it didn't get out of hand. I kept thinking that Seattle was the "pissed" team in the game. They knew they could have had a huge lead. So I had that goin' for me. We had a definite shot.

We cut it to 4-3, then Reddick hit a 2-run bomb off the windows of some special seats in right. Five years ago, if you heard "Reddick kisses it off the glass for 2," you'd only think of JJ. So....

Two games ahead in the East.

Five dongs given up by "fat Oprah" (Because he's fluctuating. And he's currently large again. Get it?) and the Yanks lose 5-1 at home to Tamper.

We're about to get underway in Seattle. They just showed a shot of the AL team flags at Safeco. The Red Sox one had the non-tweaked logo. With this one, it's tough, because they gotta pay for a whole new flag. But come on, had they started saving up since the switch was made in December 2008, they'd have the correct flag by now. If only there were some type of...interconnected....net... work, where when one MLB team makes a big change, the others are all made aware of it. This "Inter-Net" sounds futuristic, but I think it's a possibility. Fingers crossed. 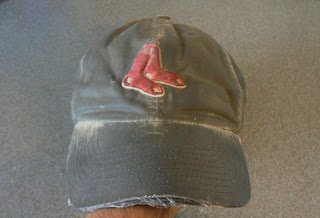 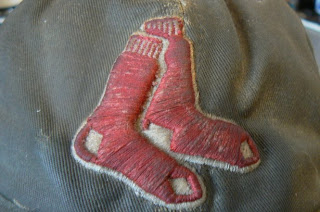 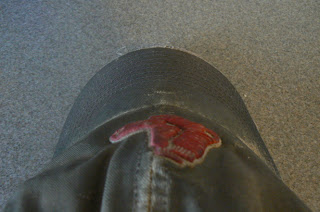 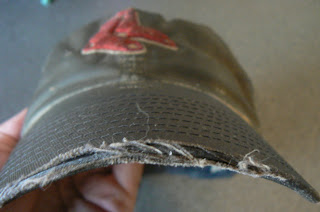 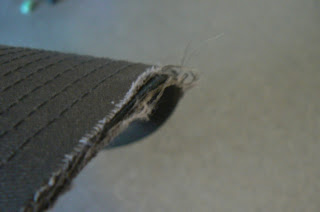 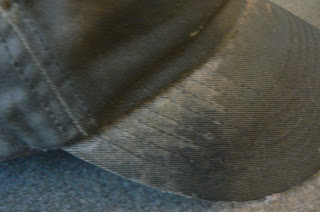 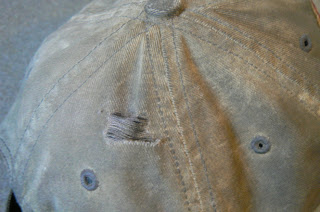 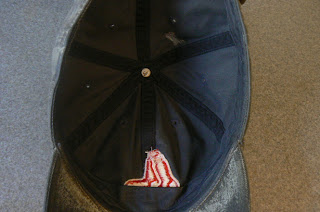 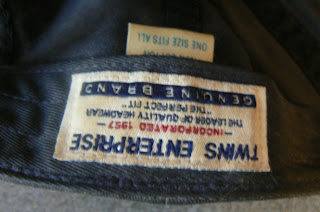 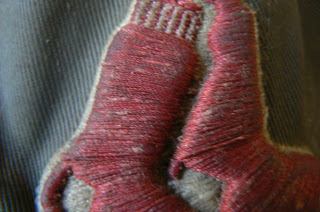 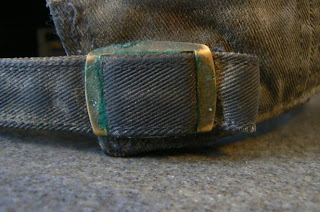 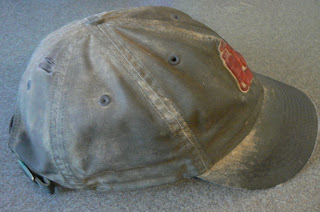 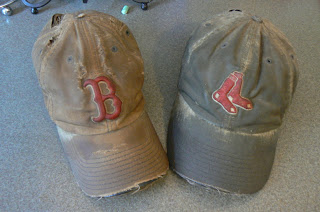 In a tie game late, freakin' Izturis misses the easiest ground ball in the world, that would have ended the inning. Then Cano hits a grand slam. 6-2 Yanks. Still, Mo gives up a 3-run dong, but those holes still win 6-5.

Back to 1.5 up, as the Yanks beat a nobody and the Twins salvage one against us. Day off tomorrow, then @ Seattle.

In this post, from when the Red Sox had played 99 games and had a 10-game loss-column lead in the wild card, I said that the media should be telling people what a great chance the Red Sox had of making the playoffs, kind of like how after 12 fucking games they gave us all kinds of stats saying how the team wouldn't go anywhere.

As it turns out, according to Cool Standings' playoff odds, our chances of missing the playoffs as of that date were about 4%.

As of today, 115 games in, that percentage is down to 1.4. Ninety-eight and a half times out of 100, in this scenario, a team should make the playoffs. I hope every moron who used the word "panic" in April and dug up all those completely meaningless stats when there were 150 games left to be played write new articles assuring people that there's nothing to worry about now. Fat chance. The worst part about it for me, though, is how they always imply it's the fans who are "panicking" instead of just coming out after 12 games and saying "I'm panicking! I've been paid to write about baseball yet I've somehow never learned despite watching season after season through my entire life that you can't look at a handful of games out of 162 and think it determines anything. Again, I, pathetically, am panicking about a team full of all-stars in April."

At one point during April I had that Saturday morning baseball show on. A guy called in and very calmly and seemingly thoughfully, as if he'd gone into his workshop for hours and came up with a level-headed theory about the under-.500 Red Sox that somehow all the other analysts had missed, asked the question:

Is this just a bad team?

I would love to hear that guy's thoughts today. (And needless to say, the hosts didn't bust out into laughter, taking it as a legitimate question.)

[Note: Yes I realize the Cool Standings prediction system doesn't know what's going to happen from here on out anymore than anyone else, but the point remains that 115 games gives a much better idea than 12 does, and that these guys all used similar predictions based on 12 games so why wouldn't they tell you what those percentages are now instead of just continuing to find flaws and wonder when the team will collapse?]

Two And A Half

Bedard wasn't all that great, but then again he'd throw strike after strike that would be called balls. But we win 4-3, with nice, quick work from Bard and Pap. Ortiz' swinging bunt was the game-winner. Darnell's earlier massive dong tied it at 2.

Fun ending in the Bronx. Yanks went down 4-1 but tied it up late. They go to Mo for the top of the ninth in a 4-4 game. After getting two outs, he gives up a 2-run dong to Abreu. 6-4 Angels. Bottom 9, Yanks get the tying runs on, and the Angels just miss turning a game-ending DP because the guy couldn't get the ball out of his glove. So it's 1st and 3rd, 2 out, Tex up. Pitcher does the fake-to-third, look-to-first move. Yanks fans boo because god forbid you waste their precious time with your spurious maneuvers. Then the guy does it again...and it works! Granderson picked off first, and the GAME IS OVER. Beautiful.

You'll never guess what NESN's using in their new commercial. Are you sitting down? They've somehow come up with a way to make it appear as if a baby--yes, a baby--is...talking. So right away the viewer is impressed--you don't even need anything else at that point. So you won't mind that this baby--did I mention the baby is talking? In an adult voice??--says he's a third-generation Sox fan but then claims his great-grandmother saw Ted Williams play, which would make him fourth-generation. Or the fact that he needs to pause to watch a 3-0 pitch because it's a "hitter's count." It's obviously to the hitter's advantage to be up 3-0 but that's the one pitch in the entire count where you don't even have to watch because the hitter almost never swings.

To sum up, fine job, NESN, for going to the talking baby in 2011 and only making a few egregious errors. You continue to be the best network. You know what, though? Even though you clearly don't need any help, I'll go ahead and give you your slogan for next year. Again, I know you would have come up with this anyway, but, here you go: "Get Your NESN On! Seriously. It's Ridiculous. Really. Seriously. Really. Ridiculous. Seriously? Seriously. FacebookTwitterTweetSocialNetworking." (said by same talking baby). The kids will eat it up.

Kim and I were on Rhode Island's island, Block Island, yesterday for a little vay cay day. We actually had a car over there since Kim worked a craft fair there over the weekend. So we got to listen to the middle of last night's game with Castiglione, then go to see the finish in a bar on a TV with no audio. The bartender was a legit Twins fan from Minnesota, so it was fun with everybody in the place rooting hard one way or another with both teams represented. Not the way it usually is for So-Twins. Anyway, what a great win that was. Two outs, nobody on, top 9, against their closer, and we get it done for the 8-6 win. One and a half games up now.

Gotta get caught up on some pics, from Sunday night's Mo Blow and from that Staten Island Yanks game. So stay tuned, if you're cool enough to be able to occasionally wait for good stuff in a get-shitty-stuff-right-now world.

Mo did his usual Fenway routine in the ninth, and Reddick wins it in the 10th, after midnight. First place. My Yankee-fan friend and I sat in great seats the whole game, despite having $12 upper bleacher tickets. I shot the below video of the game-winning run and celebration. Note: It's great that my still camera shoots video, but it doesn't let you zoom in/out while recording. I had it zoomed in when the winning hit happened, so it's kind of a weird video, but whatever.

Will get more pics up from tonight's game at a later date.

So we got that goin' for us. Tied for first again. The plan is to win Sunday night to take a one-game lead, then pull away and make the Yanks forget they were ever in first place. Who is with me?

Also, I saw Steven Wright out in public (again!) today. Just now I told two other people, and they each told me their Steven Wright meeting stories. This guy's everywhere.