Not much to say about the stupid Twins. Except that they're stupid.

If they lose, they go wee wee wee. But if they win...they put the Yanks in a must-win situation, win or go on the road for a deciding game 5. So seriously now, no more kidding around, Win! Twins!

Saw start of Twins-Yanks, till it was 2-1 them. Went to dinner. Got in car afterward, and heard the Yanks won. Freakin' Twins, man. However, my night was salvaged. I knew Nebraska was on against K State, so when I got home, I turned on the game, knowing it would be early 2nd half. Game was on a commercial. Then another, then another. I have no idea if my team is keeping its championship hopes alive. Finally, it comes back on. As they show the sponsors, we see people painted purple...and they look dejected. A guy with his hands on his head...a guy with his head buried in his arms....a guy mouthing the words "come on, now." Either the K State team has just taken out by a tornado, or we're kicking their asses. Sure enough, it was the lattski, 24-3 Big Red. And after all that, we run the next play and go like 60 yards for another TD in the blowout win. And Martinez goes on to score a few more and set a school record with 241 rushing yards. This guy is incredible, and just a freshman.

So at least I had that goin' for me. Twins need three wins in a row--game 3 Saturday in The Booger Strewn Bronx.

Ryan brought up the trap/catch at the end of game one, and how he's the only one to think it WAS a trap, or at least not definitely a catch. Well, he's got company! I forgot to bring this up at the time, but I agree that you couldn't overturn that call, even if you were allowed to use replay. First of all, I can see how an ump can call that a trap whether he caught it or not, because the glove's opening was facing down and was on the ground. Second, when he held the ball up, it was a snow cone! That suggests to me that while the ball was in the glove as it was on the ground, it HAD to be touching grass, since it was that high up. Yet A-Rod was yelling, "there's no grass on the ball!" (If that was the case, why did Girardi grab the ball from him, run it up, and give it back to the pitcher?)

Once again, the Twins don't beat the Yankees. Totally shitty. They had it, too.

Two Things In A Different October

A couple more things from "Four Days in October" that I just remembered:

Millar telling Shaughnessy that the team could come back, and calling him out on calling them "frauds," was incredible. Dan still hasn't learned, even doing a big "they're officially dead" article this season only to have the team live on for a while and still be alive in the final week.

But the best part of that whole film to me was, after seeing Millar talking to the cameras non-stop before game four completely care-free, when a camera in the vicinity of some Yankee players by the batting cage was shooed away by A-Rod. That just defined the difference between the two teams.

You know, the Red Sox did us a favor by not making the playoffs. Less time watching the 2010 playoffs means less Kid Rock!

Twins-Whores, Game 1, tonight. This has to be the year the Twins finally get over their irrational fear of the Yanks. They've got a new park, and go into a new park, so it's totally different than it's been. Too bad they're missing a big gun, but they do have home-field. So Twins, pretty please, with sugar on top...clean the fuckin' car.

Just watched "Four Days in October." Awesome. Great to see a full hour on just the four wins from the 2004 ALCS. There was all kinds of stuff I hadn't seen before. Lots of home video footage, lots of Millar, lots of shots from cameras that hadn't been shown before as far as I know. And John Quinn galore! Quinn was at the Riviera in NYC the night of Game 7 and you could see him at the bar in at least five shots.

I was at the Riv the night before--after that game was that rare time where I literally danced in the street!--and it looked like they showed some shots from that night, but I was in the upstairs room and it seems the cams were always in the downstairs. But I could do some slo-mo at some point.

Anyway, what an incredible time. I'll have to do a longer, uh, retrospective about that someday. I wanna say I "can't believe" the Yanks couldn't hold the lead in those games, and that they couldn't hold a THREE TO NOTHING LEAD in a seven-game series, but I can believe it, because it happened! Thank Gedman it did.

Just got an e-mail from some PR person asking me to promote a Red Sox fan who's in some fan contest. Among this fans super duper fan stories was this:

During game 7 of the American League Championship Series against the Yankees, Katie and her husband were at an Elton John concert in Las Vegas, and when the Red Sox came back with 2 outs in the 9th to win the game, Katie screamed to the entire theater that her team had won! Elton John himself then announced: “For those who didn't hear that crazy fan- the Red Sox just beat the Yankees!”

Whether the tale about Elton is bullshit or not, I don't care. What pisses me off is how the fan (or, more likely, the person representing the fan or the people running the contest) could get the history so wrong. They leave out the year but they obviously mean 2004. They say "Game 7," but the Red Sox led that game all the way and blew the Yanks out. They probably mean Game 4, but we didn't win that game in the ninth. We came back with two outs in the ninth, but the win came much later. I wanna know when this outburst really happened! John played Vegas on the nights of Game 4, 6, and 7. I'm gonna guess it came on the Papi dong in game 4.

Oh wow, Ben Mondor died. But that "perspective" stuff isn't making me less pissed about the above travesty. Hope she wins, but mainly I hope they clear that up. 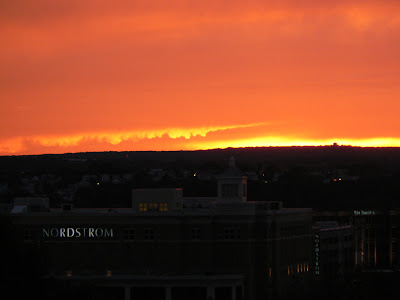 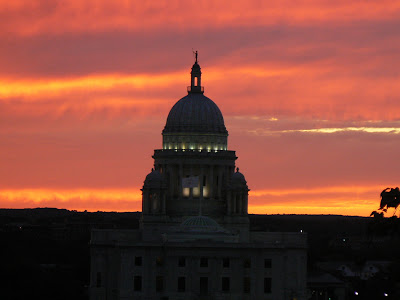 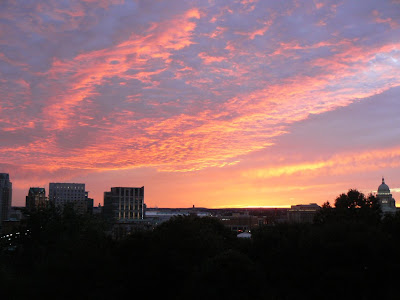 I didn't listen to Castig's close-out this year. But I captured it on YouTube in 2007 and 2008 if you wanna have a listen to Giamatti's poem.

Was cool to do one last stand-and-clap in the living room. Even though it took four separate stands. It's never un-fun to beat the Yanks. Ever.

Did you see when Posada hit a ground ball and pretended it hit his foot? What a great chance for Don or Remy to say, "Maybe he learned that from Jeter," but neither could muster up the courage. Of course, NESN only had one angle of it, probably because 9 of their 10 cameras are trained on Jeter in the dugout doing nothing. 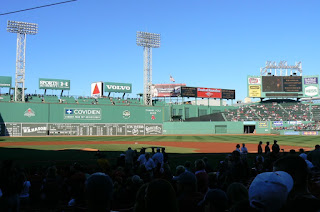 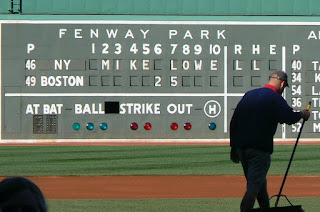 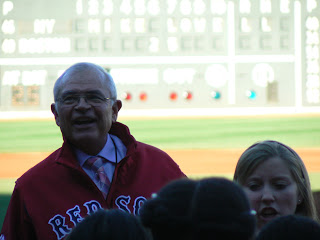 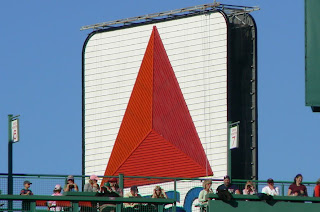 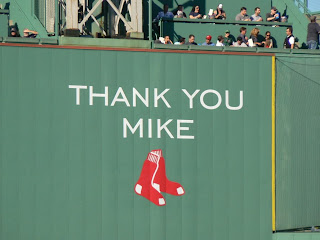 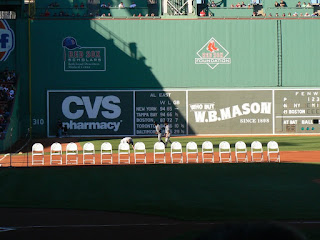 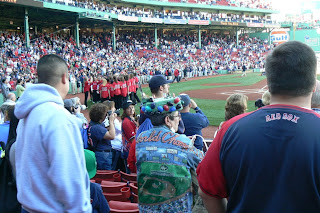 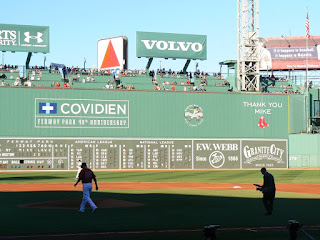 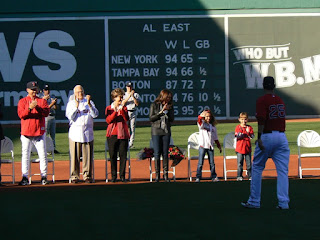 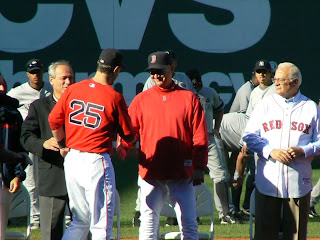 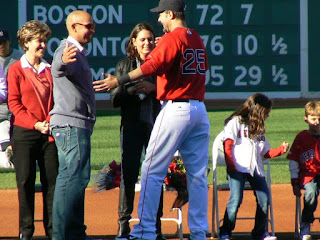 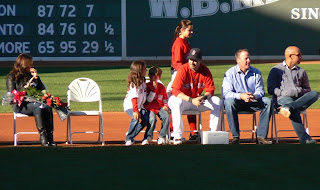 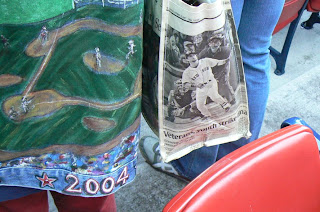 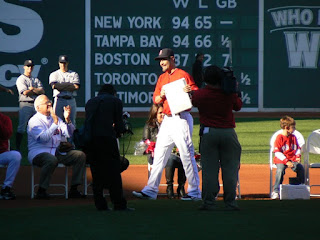 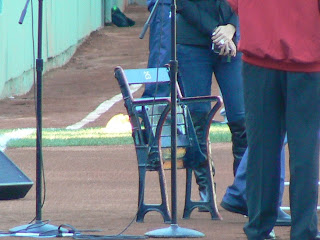 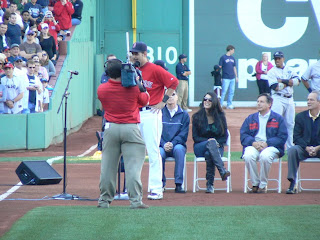 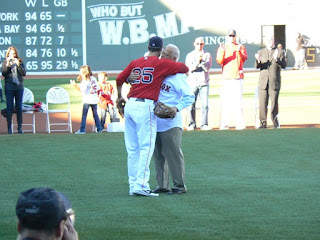 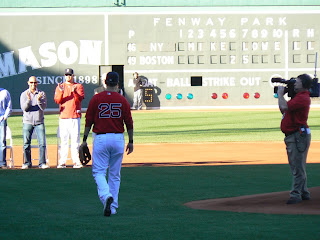 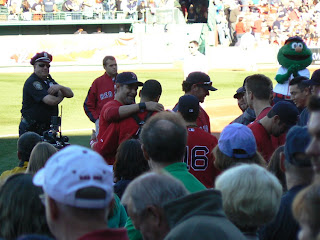 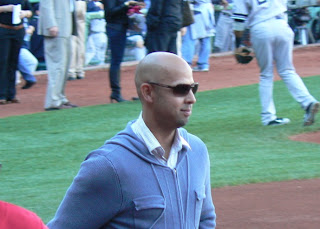 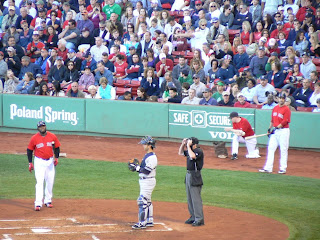 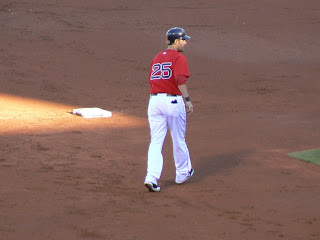 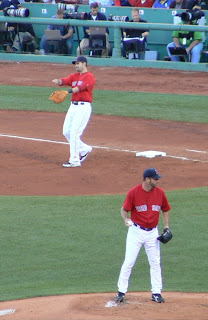 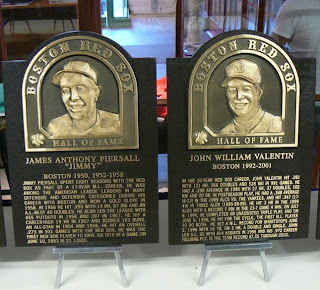 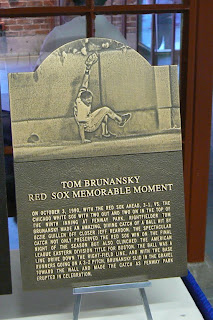 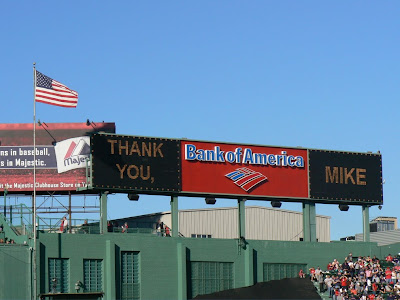 Just checked to see what the final was in game 2. Seems like it's been hours since I had it on. Should have known--it's not over yet! At one in the morning. Just end this already!