Got A Coupla Hours?

Enjoy this post by Zack Hample documenting the decoration of his entire apartment with magazine pages.

The Huskers are goin' to Indy! Sexy Rexy was baxy waxy and had some key bulldozing runs in the second half, and Nebraska survives at Iowa--another second-half comeback win. We will play for our first B1G championship on December 1st, against Wisconsin, who we already beat this year. I don't know why the PA at Iowa's stadium played "Shipping up to Boston" as the Huskers were celebrating on the field after the game, but I'll take it!

I hate that Xmas at Fenway/Initial Ticket Day has been switched to the first Saturday of December, as that's when the Big Ten championship game is. I could still go to the Yard Sale the Friday night, then drive halfway to Indy that night, get up the next morning and make it out there in time for the game. Or just skip the Yard Sale, or just skip the game. And watch me actually get chosen for Xmas at Fenway for the first time ever this year, now that I've got something to potentially do that day several states away. This could cause issues every year. At least I don't already have tickets to the championship game, so I won't lose any money on the deal like I did last year, when I bought three expensive tickets before the season started, only to have my team not make it. I was a year early on that plan.

Looks like the Red Sox have added Jonny "Jonny Wad" Gomes. Is this guy a shapeshifter or what? He's always had that "tough guy" look, but I feel like he recently changed from Gabe Kapler-esque weight room tough guy to NYC metal-core kid tough guy. I didn't even recognize him in his A's photo last year. Maybe it's because he lost weight, or maybe it's the constantly changing head and facial hair, or maybe it's the switch to the flat-brim hat. Either way, I think we can assume he made up with Coco after that big fight they were in at Fenway, since the two were teammates last year. So it's okay to like him.

My favorite Jonny Wad Gomes story (besides me giving him that nickname on April 23rd, 2005.) is the time when he was at Fenway in right field during batting practice when he was on the Rays. I was in the bleachers and Gomes and a teammate start looking up towards the fans with a ball in his hand. But it turns out he was looking way over our heads, because he winds up, and fires the ball as far as he can, trying to hit the Dunkin Donuts sign atop the bleachers. He nailed it. I thought about running up there for the ball, but there were a few lucky stragglers up there, and one of them got it. Ever since then I always said that if I saw him in the outfield again during BP, I'd yell (if I were a different person) to him, "Jonny, hit me in the last row!" and then sprint up the steps, turn around, and hold up my arms. I guess I have the chance to do it now.

A few pics I took of Gomes at Fenway from five years ago appear in this post.

So, Internet, you're telling me that a month ago, Carlton Fisk was found passed out in his truck in a cornfield with an open bottle of vodka? What's more unbelievable, that it happened or that nobody told me about it?

GET IT? Cuz Big Ten! Which will be Big 14 in '14. You may remember I was very excited when my school, the U. of Nebraska, joined the Big Ten, because instead of playing in places like Texas and more Texas, they would now be playing much closer to me, in places like Pennsylvania, Ohio, Indiana, etc. Not that I consider myself as someone who lives "close to Indiana," but I'm just saying, the closest my team would get to me up until last year was pretty much Iowa.* Now I have multiple viable road trip opportunities. And as of today, two new teams have been added to the conference, Rutgers and Maryland. Awesome. The NYC area and the Beltway area, both close to me, and home of two friends I love to visit, aka Chan and Brian.

The other good thing about being in the Big Soon To Be 14 is the TV network they have. I get to see my team pretty much every week.

tl;dr: Pre-2011, my college football team was hardly ever on TV, never played games close to me; now, on TV every week, play games on my side of Mississippi River.


*They did play at the Meadowlands in 1988 in the Kickoff Classic when I was 12, and I went to that with my dad. And I dragged Chan out to Happy Valley when they played Penn State in 2002 and got killed. They also played in the '94 Kickoff Classic, but I couldn't go, as I was, ironically enough, at school in Nebraska.

The Red Sox have announced some type of free winter fun-derland at Fenway on Friday, November 30th, from 5-8. Along with a bunch of things that I might not care about that much, "first access" to the Yard Sale will be that day. It's nice knowing ahead of time when it will be! Hopefully I'll be available that day, and for once I'll get the first shot at all the other man's trash.

They beat me to it. I'd been trying to use different versions of other teams' spring training schedule urls to see if I could find out the Red Sox one before it was released. I did not get the job done, but that's neither H nor T. Here's the home schedule/ticket info. And here's the home/road sked in calendar form.

I knew from the few other teams that released their schedules that spring training games were staring early this year. Ours starts February 21st with the college doubleheader. Truck Day is inching toward January.... And with this being a WBC year, we get to host a game against Team Puerto Rico, which should be fun. There are seven Twins games, including two of the final three, so there will be a clear champion in the [whatever they call it--I feel like they stopped calling it the Mayor's Cup at some point, but, in the end, who cares?].

I don't see a "game(s) in a big league stadium right before the regular season starts" this year. I know the practice hasn't stopped in general, because some teams are doing it, but I guess we're not this time. There is one open date, the Sunday before Game 1 in New York, so maybe they'll add something, but I doubt it. Plus, couldn't ESPN choose our season opener as their Sunday night game and move it up a day?

Now let's talk serious. Is this the year I finally go to spring training? I've threatened before. But I might have a Florida trip in my future and if I do, I might try to go, not even necessarily to a home game. If I do it, you'll know where to find the pictures. 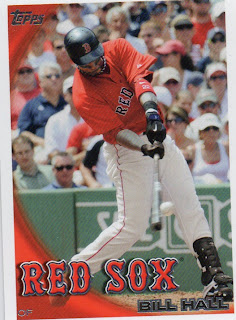 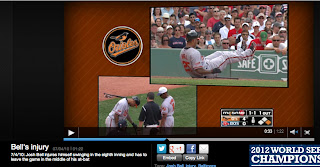 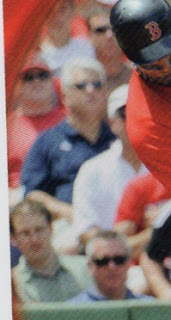 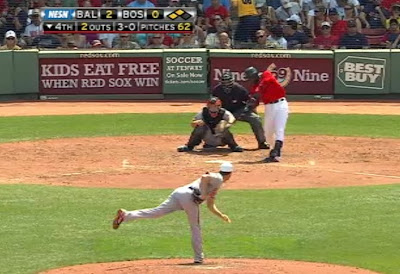 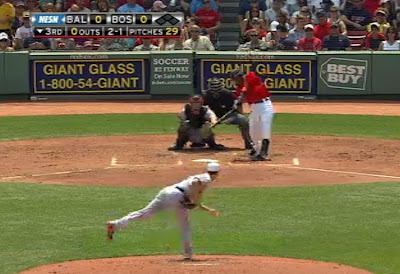