You are one of the winners of the contest, please contact me.

Okay, since this post was for only one person, here's a picture I took of Providence for the rest of you. 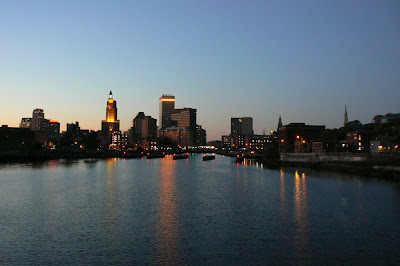 I know, do an image search for "Providence" and you get that same angle a million times. I guess I just wanted my own version of it, at exactly the right time of night.

My friend Amber told me the child abuse story was on the Today Show this morning. I guess it did go officially mainstream, which was the hope. Nice job finally catching on, MSM.

Am I the only one who thinks the Yanks are gonna try and get Pujols? People seem to dismiss that pretty quick since they already have a first baseman. But ever since the A-Rod thing, I feel like nobody's off limits. They'd find a place for him.

Do you think the Red Sox would actually hire Dale Sveum as the manager even if he proves to be the absolute most qualified, knowing that basically every Red Sox fan cringes at the thought of his name?

Fourth short paragraph nobody gets to.

Well, the child abuse video did not go crazy-national. I don't see how that story is deemed less important than your average "blonde girl goes missing" or "celebrity who you don't know why is famous does some stupid thing" story. Hopefully it eventually gets out there, because it would certainly empower some people who are in similar situations. Hidden cameras can be great weapons used for serious things, instead of just getting athletes in bars and hotel rooms in trouble.

Congrats to Ellsbury, Pedroia, and Gonzalez on their Gold Gloves. First time since '79 we've had three in one season.

Have you been following this tonight? Girl is beaten by her scumbag father, but gets it on videotape. Seven years later (now an adult), she uploads the vid to YouTube. Also, the girl is disabled. And the dad is a judge, too. Judge William Adams. Will the "real news" pick this story up? I guess we'll see in the morning. Regardless, this guy better go to jail for a long time.

Video is here. It is very disturbing.

The State Of College Athletics

Let me get this straight:

The Big 12 has ten teams.
The Big Ten has twelve teams.
The Pac 10 became the Pac 12 accordingly, but the added teams are in states in the mountain time zone.
The Big East has just invited teams from Idaho, Texas, and Colorado to join them.
The Mountain-West has a team in Texas, and another in San Diego.
The South Eastern Conference's newest member will be from Texas.
The Mid-American has teams in New York state and Philadelphia.
The Sun Belt has a team in Kentucky and one in Denver which is moving to the Western Athletic Conference, which features a team from Louisiana.
And the Atlantic Coast Conference has teams from the notorious surfing meccas of Pittsburgh and Syracuse.

New rule: All conferences must change their name to one without a number or region. Conference USA is the only one with no chance of screwing up. Until Canada starts getting involved.

I noticed this picture of the 1912 Red Sox in an issue of the NY Daily Times [correction: Beaver County Times]: 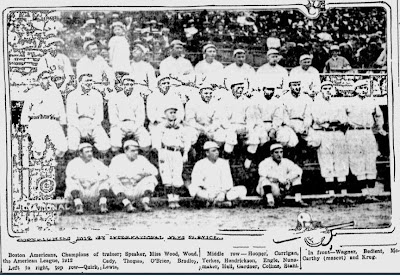 I thought it was pretty cool how there's a little girl in there with the team. She's referred to as "Miss Wood" in the caption, and therefore must be Virginia Wood, daughter of Smoky Joe, who she's right next to. I looked for other versions of this picture, and found a few more--not the exact shot, but others from different angles/moments. This one's from the Fenway100 site: 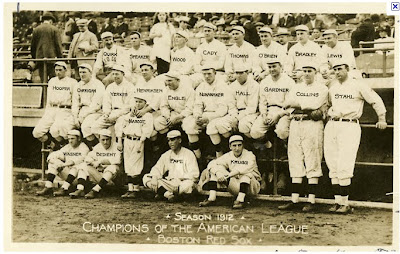 And this one's from the Library of Congress (note the slight differences): 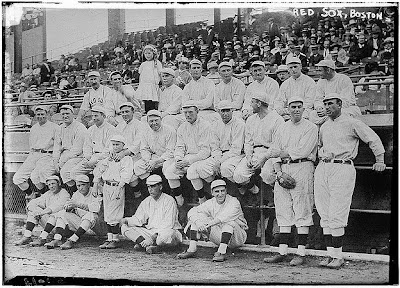 In a perfect world, this will be the first in a series commemorating the 100th anniversary of the 1912 champs. In the real world, I'll probably just do this one and then completely forget about the idea.

I'll also have to post a pic of my Halloween costume--I can guarantee it was different from yours.

My mom has a letter to the editor in the New York Times today. Second one down.

Also, the Field of Dreams people finally found a buyer for their field.