Key-ish play of the game: Pedroia lets a ball bounce in order to get a DP with the Sox down by 1 in the 7th, but throws to the wrong base. He tries to go 4-6-3 instead of getting the out at first with the runner stuck about 15 feet off the bag, and then tagging that runner for the deuce. Don/Eck opted not to even talk about this, or whether or not he let the ball fall intentionally in the first place. Anyway, that DP would have ended the inning, but they only got one, and wouldn't ya effin' know it, the A's knock in that run from second after a walk. (On a play in which Xander thought maybe they tagged the runner at third out before the run crossed, but NESN neither talked about it nor showed a replay.)

So that made it a 2-run game, meaning Papi's pinch-hit AB in the 8th didn't have him up as the tying run. And it also meant that Pedroia's double in the 9th didn't put the tying run in scoring position. AJ ended the game with a deep fly that would have tied it had it reached dongtown, but Coco caught it up against the wall. Sox lose, 4-2. (Dude on NESN's Sports Today starts show by calling it "another one-run game.")

And now, a contest update.

18 June games down, 10 to go. 53 runs scored by the team. Zero scored by Victorino, who has yet to play this month. Looking at the entries, I'd say my mom has clinched another contest win, as she has the lowest team total at 100 runs. And she'd win with anything up to 111 runs. The Sox would have to more than double their total so far in about half the amount of games they've played already for her to lose.

When Victorino (supposedly) returns, he'll have 7 June games, so the lower you guessed, the better your chances of winning in that category. Hopefully we get some drama there.

PS First-ever blog post written while waiting for my car to get fixed! Thank you, dealership free wifi. 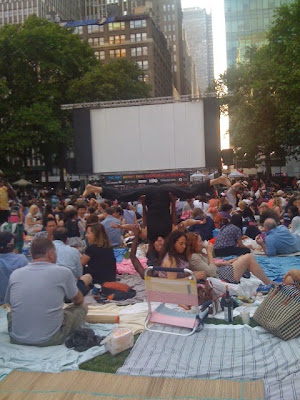 Well I finally have a working computer again. But that doesn't mean I work any less. But at least now I can blog should I actually have time for it.

So we're 7 out in the loss with 91 left. No team in the AL has a better record in its last ten games than the Red Sox. Except for the Royals. We've won 2 in a row. Our pitching continues to be good, and I've been saying all year that it's better to have your bed-shitting on the hitting side. If you're losing 10-5 every day, you're baked scrod. But we pitch well, so all we have to do is let that proverbial weather heat up and that dead zone in our lineup should do likewise.

You know what's funny? How so many people in sports and life make predictions based on what's already happened as if the past equals the future. Remember when the AL East was all bunched up, and every third grandsister and her aunt-cle was saying, "looks like a dogfight this year, I see it going down to the wire, the division is up for grabs, there isn't one good..." and on and on? I mean how many years do you have to watch sports before you realize that what the standings look like 20% of the way through the season isn't what they look like at the end? So right now the guaranteed-to-be-bunched-up- for-eternity AL East goes

Have some ovaries and make a real prediction, people! Go ahead, predict the Rays to make up 13 games and win this thing by 13 more, quietly, to yourself, just to see how exhilarating it feels!

As for the picture, I took it Monday night in Bryant Park in NYC. Kim and I went down for the season opener, Saturday Night Fever. And before the movie, this guy was holding this girl up with his feet in all kinds of crazy poses. Fine play on both ends, if you will. This is the second time in a few days that I was just sitting there watching a woman...be upside down. For extended lengths of time. As for the movie, it was fun as usual. Much like how I'm the first one at Fenway to stand for the 7th inning stretch (99% of fans don't realize it's coming up and don't stand until the PA person mentions it), I was the first one to stand for the traditional Bryant Park pogo/rhythmic clap that goes along with the old HBO theme they play before movies (as filmed by me in 2008). Everybody was really into it. And lots of dancing along with the movie. SNF ends on a downer, so there's no real "yay, we win" moment for the crowd to go crazy to. So the biggest reaction was to that scene where Travolta breaks out that floor-clearing solo piece.

Got the call mid-movie from my mom at Fenway, who let me hear Dirty Water. She got to tap the Rubby slippers live. And Lester matched him tonight. World Series, here we come. But let's get into third place first....