From The Providence Gazette And Country Journal, 1/15/1785

The want-ads were pretty fketchy back then....

YOU In A Red Sox Team Picture! Maybe....

We all (we some, anyway) know that for the past couple of years, the Red Sox have been doing "take your photo with a current player" once per homestand. But just now, after reading about how the team will have three Sunday night national games in the first half of the 2014 season, I looked at the schedule and noticed this for the Sunday, April 20th game:

Promotions:
On-field Photo Day
Photo Day with the 2014 team on the field
All fans in attendance

Whoa, Ginga! The whole team? So, what, all 35,000 of us stand next to 25 of them for one group photo? Or the whole team just stands there together and waits as each fan comes up and hops into the group shot? Or are they just telling us that this will be a day where they take a team photo on the field and if we want we can watch it from the stands? And with it being a Sunday night game now, I would assume it would happen before the game and not after. But aren't he players kinda busy? I guess if it's at the time when one of them normally runs to the Yawkey Way Store for the normal player/fan photo thing, they're not. Did anyone remember reading anything about this? I'm very curious about the logistics of this thing.

Also note the Sunday night game in question will be at 7:05 instead of 8:05, since the next morning is the Pats' Day game. Gonna be a rough one for those guys. I bet Gomes just stays up all night.

I Shall Blitzkrieg B.O.P. Rumors

I heard a radio commercial say that the current Yankee Stadium is the "birthplace of pinstripes." Look, you can throw out the fact that pinstripes existed in fashion before they appeared on baseball uniforms. No problem there, I know what they meant. I'll even let you pretend that Yankee Stadium now is the same one that was built in 1923. And I'll throw in a bonus: I won't even include any uniforms from before the "modern era" (1901). That being written, here's a list of baseball teams who wore pinstripes before, or starting in the same year as, the New York Yankees:

There were only 16 teams back then. Eight of them beat the Yanks to 'stripes, and five of them started wearing them the same season. The Reds then got themselves pinstriped up while the Yanks discarded them for two years. So every team except for the Cardinals had worn pinstripes before the Yankees made theirs permanent in 1915.

So the Yankee uniform itself isn't even the birthplace of pinstripes. As for the stadium, the Cardinals finally adopted pinstripes in 1918, meaning that by the time Yankee Stadium was built in 1923, every single team in baseball had already worn pinstripes, the Yankees being the tied-with-5-others-for-9th team to do so.

Yankee Stadium birthing pinstripes is about as believable as Babe Ruth actually building the place with his hands.

Jesus, I need to change the name of this blog!


Postscript: As far as I can tell, the first pitch thrown in the modern era by or to a player in pinstripes was on April 12th, 1907, at South End Grounds in Boston. Cy Young of the Boston Braves (supposedly called the Doves in 1907) was the pitcher. There seems to be conflicting info as to whether it was the Braves or Cubs who first wore the 'stripes. I read where an MLB article quoted Marc Okkonen's book saying it was the Cubs. But on the Dressed to the Nines site (which was huge in the research I did for this post), which uses Okkonen's info, it specifically says it was the Braves. The Cubs on the other hand didn't break out the pinstripes until the 1907 World Series. We think.

Yesterday In The Park 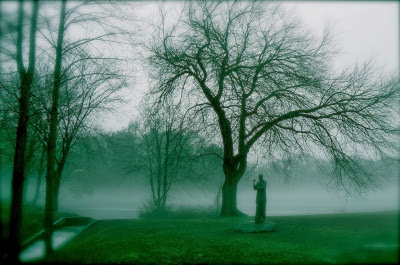 Back in the mid-90s I used to love going to NYC (Or Volt in Danbury) and finding all these highly illegal Nirvana concerts on cd to spend my disposable income on. So here's the stack. Minus Outcesticide III which Prorock stole from me.