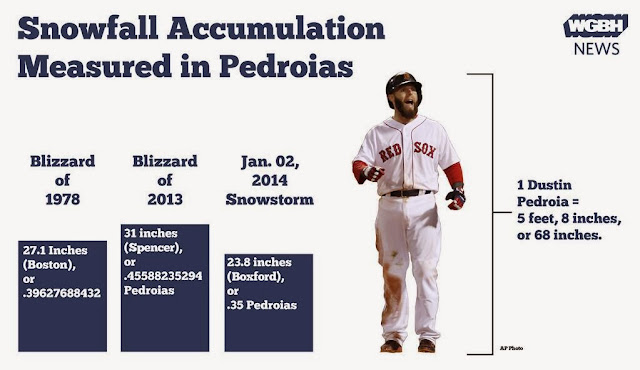 I guess WGBH has been doing this for a while now. But it's new to me. Also, they left out a key word in the left one....

Side note: We were expecting 10 inches or so here in PVD< but it was more like 4. Terrible job, weather fear mongers.

That episode of Coms in Cars Gettin' Cough that got taken down before is now live on the official site. Seinfeld/Louis CK. Enjoy.

Words To Party By

Was debating in head whether or not to bother putting recycling out in the blizzard. Then saw the wind chill was negative 13 here in Providence. So eff that.

In non-sequitur news, I've noticed a lot of radio and newspaper types have been talking about how bad it's been lately for "the New York sports fan." But that's wrong. If every team is doing poorly, that means every* fan of any given New York team is sad about their own team, but happy about their city rival being shitty.

*Except for those few phonies who "root for the city," which makes about as much sense as saying you root for all northeast teams, or all teams from the United States, or all the teams on earth. "Mexico City Blue Horns win the HCXL title? Another victory for my home (planet) team! I rule...."

Much like the Red Sox have made serious strides in the all-time championships leaderboard in the last decade, Andrew W.K. has been rapidly moving up my all-time seen-in-concert list. He joined my five-timers club tonight at Irving Plaza in NYC with a full-band show.

I don't know how I feel about the "play your album in order" fad, but I liked it for this gig, since I Get Wet is the Andrew album I know and love. After a New Year's countdown by Andrew himself (second by second, starting with 666, though I swear he skipped 161), the band blitzed through the 12 songs, before moving on to some newer "stuff," as music fans call songs.

Unlike the Providence show when I lost my glasses and Kim lost her shoe and we both walked around in a daze, I came prepared tonight. Contact lenses in, my hat down the front of my pants, and I even used a coat check for probably the first time in my life. And I won. Had a great time, and didn't even really get injured in my coveted "one spot from the rail" slot. Let the guy in front of you get plowed into the barrier while you use his body as a human cushion, while still being right up close to the stage. At a show like that you have to keep one eye on the bouncer. If he starts putting his arms up in your direction, someone's about to land on your head. This guy was on top of things, so I never caught a stray boot or, worse, stray entire body to the head. Kim stayed a little farther back after our in-concert New Year's kiss, but also had fun and also sustained no bodily harm. As much as we love the Twilight Zone marathon, it was fun to be out an an actual event on Dec 31/Jan 1. Especially one where you get to scream "without even trying'" at the top of your lungs. Though I suppose you could, if I'm receiving Andrew's message properly, do that whenever you want.

And yes he brought out the pizza slice-shaped guitar and we all chanted "piz-za, piz-za." And it was extra-cool to hear "I Love New York City" in New York City.

Note: I say we're fine but since we were born in the 70s, between standing up for 4 hours, jumping up and down, getting shoved and squished and banging our heads, we'll probably be pretty sore tomorrow.

Note 2: Chan and I played frisbee in Central Park today before Kim arrived in the city. And it was snowing at the time. So it was my first snow frisbee and my first coat check, all in one day, yet the returning of the coat happened in a different year. Wow, what a note this was. Good night, everybody. 2014 and whatnot. And here I can remember being in fifth grade and saying, "2000 seems so far away, yet it's only fourteen years from now!" And now it's 14 years after 2000.