ALDS Game 1 Photo/Video Gallery Part 2: The Game And What Have You 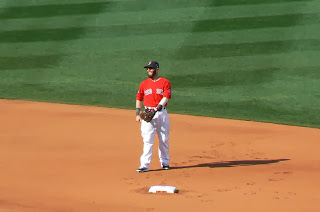 I already talked about the game itself here, so this'll just be pics/vids. Above, the sun is fully out and Dustin's giddy. 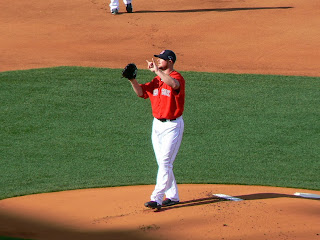 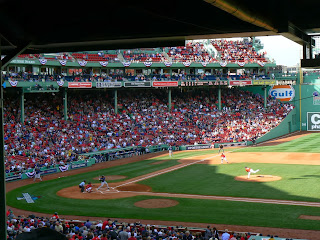 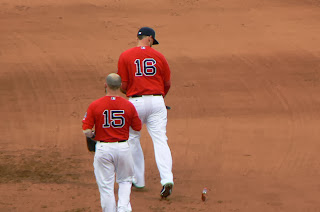 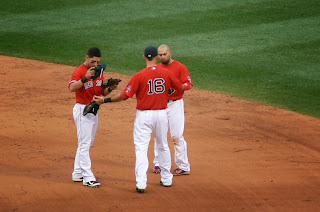 Also, I don't think I've mentioned Victorino's song thing all year. Early in the year I'd be watching on TV, and I'd hear the crowd singing, but seemingly for only one or two seconds. Pretty soon I figured out that it was everyone singing along to Shane's at-bat music, Bob Marley's song [which is called something else but goes "every little thing's gonna be all right]. And I never could tell if the PA turns it down so we can all sing that line a capella, or if they realized we were singing and therefore turned it down to create that cool effect. Anyway, it's been at the point for a while where everybody's ready for it and has a nice if not short singalong. 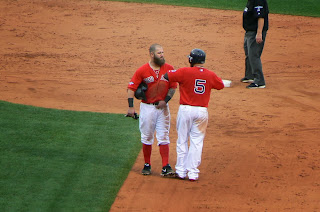 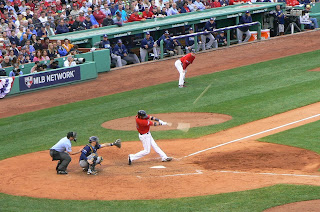 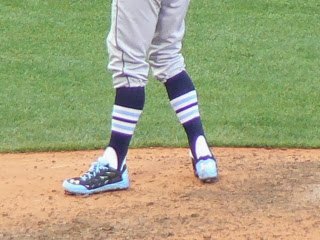 That one dude on the Rays who has stirrups. 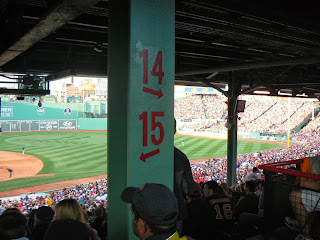 My view of right field. That back pole really cuts a lot out... 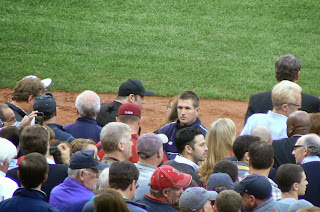 John Travolta in the crowd. I had heard he was shooting a movie in Boston but didn't know he'd be at the game. He was in Henry's box seats along with Mike Barnicle. Funny moment when he went to leave. The count went to 3-2, and he got up and started walking up the aisle. Everyone started cheering in preparation for the payoff pitch, and Travolta assumed the cheering was for him! He waved and smiled as the cheers grew louder. Granted, people were mobbing him all the way up--he went right past our section and then went up the stairs to the pavilion--but it still seemed like a real "those aren't for you, Frank...Weird Al Yankovic is on the plane" moment. 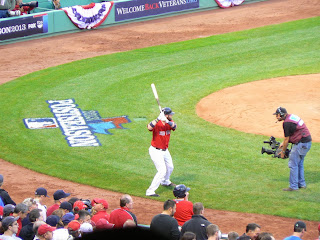 Salty gets filmed by that roving cameraman. 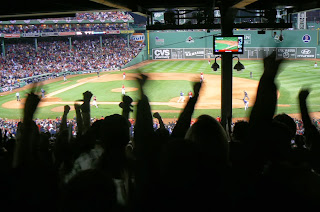 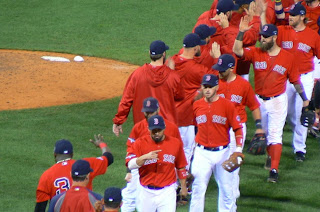 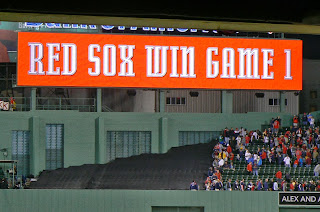 The "new" scoreboards finally get to do their playoff win thing. 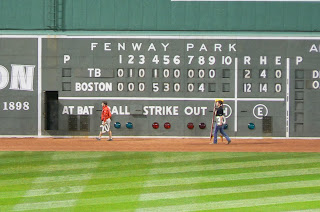 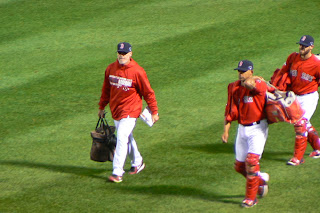 I wore my Dana Levangie jersey to this game. And here he is. 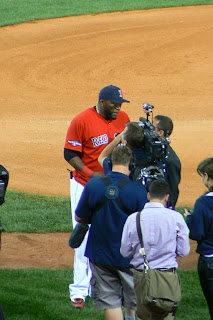 Papi interviewed after the game. 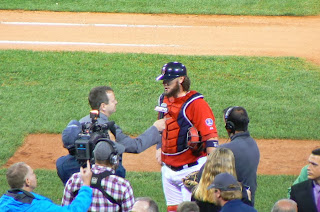 And ESPN gets Salty.


That "we won" thing that flashes after wins that nobody knows about. (Originally mentioned by me in April 2011 when it was new.)