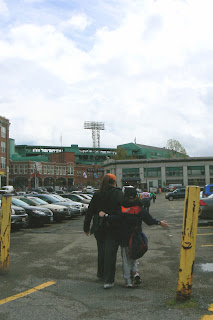 My mom recognized this as being a good Mother's Day shot so I took it. Mom/son on their way to the ballpark. Don't know who they are. Anyway, mom, Charlie, and I parked at a meter (free on Sundays) and walked a few beautiful blocks to Fenway, past the fools who paid $35 in the lot. 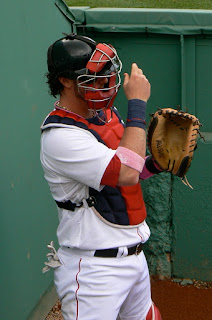 Went out near our seats, got a good view of Salty warming up Dempster. 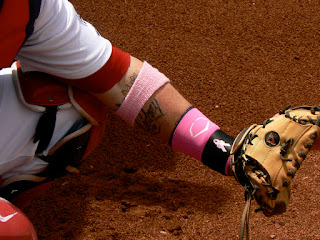 Close-up of Salty's arm. Either he has a kid named Sidney, or he donated a kidney and commemorated the event. 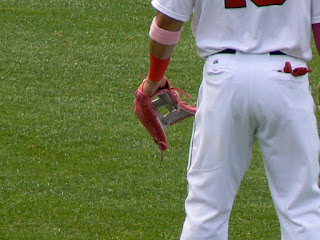 Of course everybody had their pink stuff on. Here's Victorino's glove. 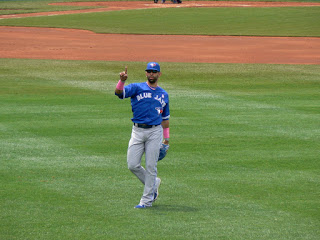 And Joseph Stix saying the Red Sox are number one. 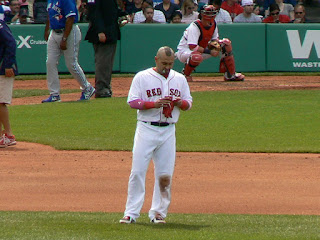 Victorino's mohawk. In this game he slammed into the wall going after a dong, and oh my lord & taylor, it sounded like a gunshot when he hit the fence. It was right in front of us. I shot video of the aftermath but it's just a bunch of people standing around, with Shane himself hidden by the wall anyway. 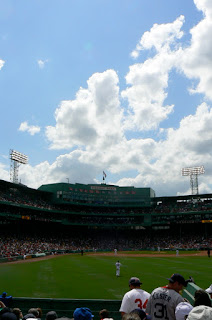 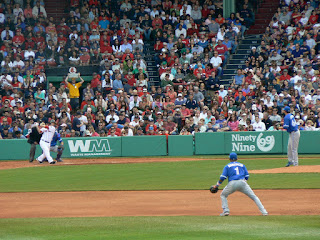 Another shot of the view, featuring super-photog Kelly O'Connor--I didn't know she was in this shot until I got home and looked. I thought "Hmmm, I wonder if..." and before I could finish the thought I spotted the red hair. 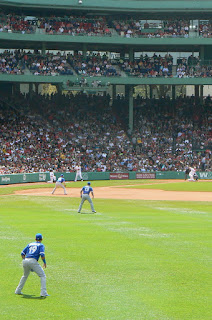 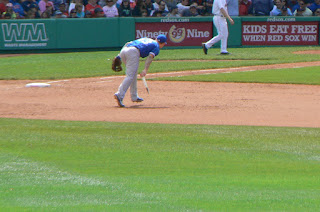 One for my broken bat collection. My goal is to always get a shot of the splinter before someone picks it up. It's tough! 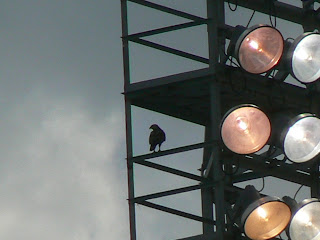 The hawk. There are currently a pair of them that "live" at Fenway. 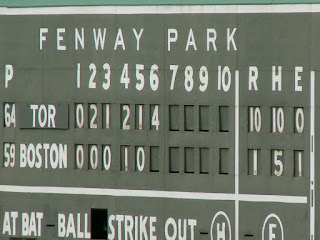 This was all you need to know about the game itself. 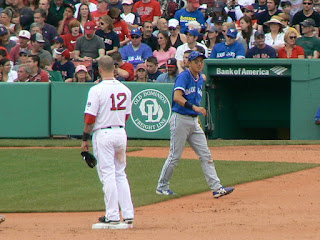 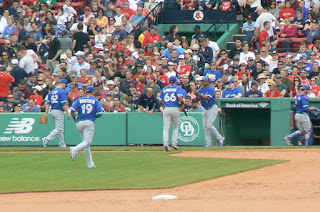 And yet another for the BBC! 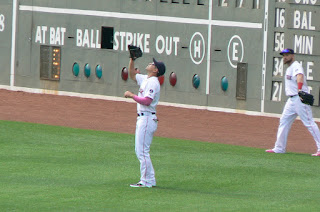 Ellsbury catching a fly ball without using too much effort. Note the pink sleeve. 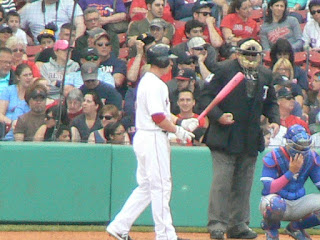 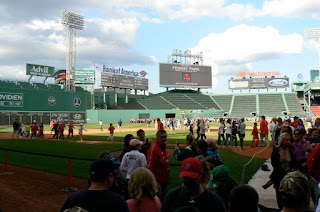 Moms and their kids running the bases after the game. I took this just after my mom and I completed the circuit. We both agree the baserunning went by way too fast. It was a long wait before we got on the field, and as we walked the track from center, we made our move to the front of the pack. We were the first to start running. And a few seconds later, we were back in the stands. I kind of thought it would be a free-for-all out there, with people milling about on the basepaths. But they really did hustle you along, so it was a sprint around, and you were done. It worked out because my mom wanted to sprint around. And she did--I was barely keeping up with her as I tried to film her while running alongside. 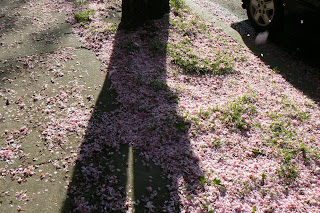 On the way to the car there was a pink snowstorm. From the cherry blossoms. Didn't get that shot, but got a shot of them on the ground.