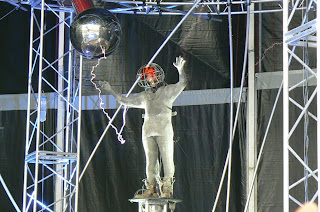 This was last Sunday in NYC. I happened to hear about David Blaine doing one of his many "standing there" stunts (see this other time I went to one of these, from May 2006), so I figured we might as well check it out. It was free anyway. (Videos here.) 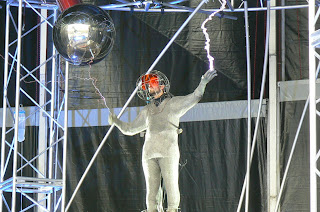 I guess he was getting a million volts of electricity pumped through him. Or something. I just wanted to get shots of the actual bolts making contact with him. 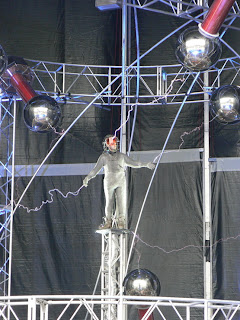 THey gave us earplugs, and we didn't know why until the music started. I still don't know what the hell was going on, just that these synthesizers would play Superman and it seemed like the music made the voltage start up. And it hurt my brain it was so loud. I got those earplugs in real quick at that point. 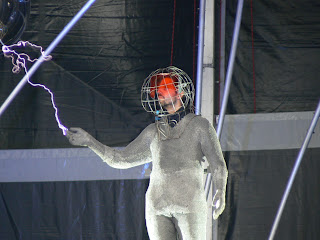 Holding the voltage in his hand. 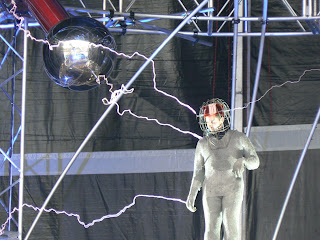 Bolts coming off the big pinball. 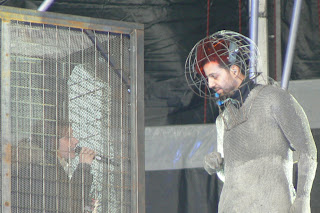 They raised a cage up there so this woman could interview him. 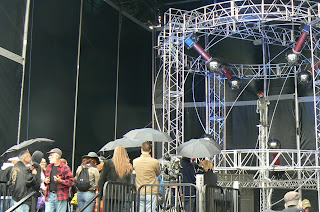 There weren't many people there while we were there. This went for three days and nights I think, and then there was a TV special. 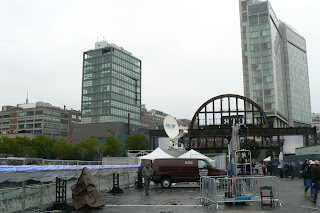 Looking back toward land on Pier 54. The stage setup was at the far end of the pier. (You may remember Pier 54 from when I saw Jaws there in July 2006.) You can barely see the antenna of the Empire State Building at left. 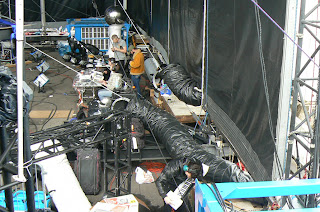 Side-of-stage action, including the loud electrifying keyboard of death. 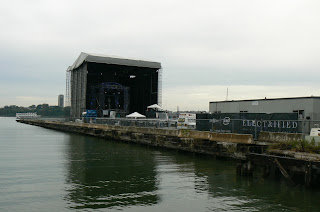 Looking out at the pier. The Hudson was really calm that day--I've seen waves crashing in this spot before. Not surfable waves, but rough-ass waters you wouldn't want to jump into. 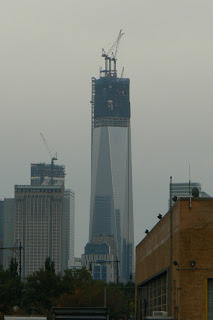 Looking south from there, the new World Trade Center 1 still under construction.