Hey, people who leave spam comments in Chinese...do I really need to tell you all the reasons why there's really no point in doing that? Okay, onto the random pics: 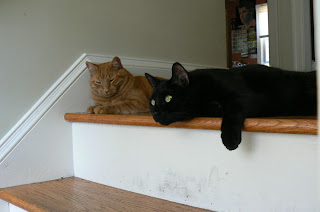 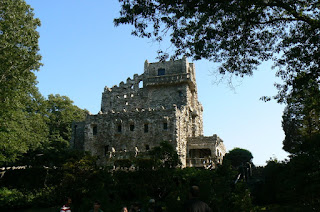 Gillette Castle in East Haddam, CT, where my friends got married on Saturday. 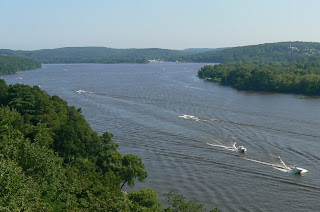 The view from Gillette, looking down the Connecticut River. 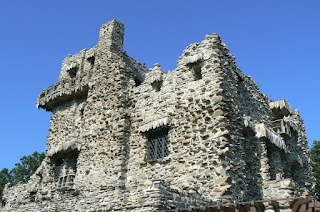 Doesn't it remind you of Castle Grayskull? 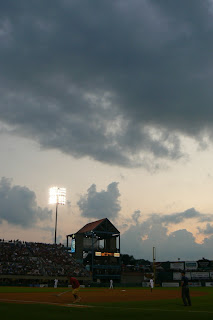 Kim and I went to McCoy tonight for Red Sox-Yankees. My company had a barbeque under one of those tents, so it was free. 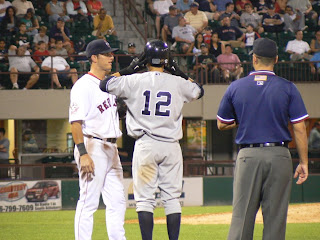 Aaron Bates at first. We stood along the fence beyond first base. Pretty cool view. 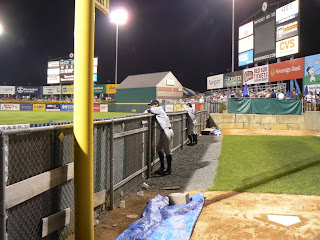 In the ninth, we went out by the Scranton bullpen. 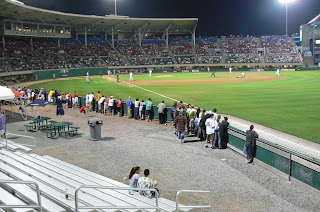 PawSox lose...too bad my pal Jeff Natale couldn't knock in the tying run from third with two outs in the ninth.

Comments:
I've gotten some spam comments in Chinese/Japanese. I changed my settings to eliminate them. I love that first picture...you know I still miss my "boys." The tabby looks eeriely like Sugar Bear. You made me smile with mist in my eyes.

Thanks, Jere. Let's win four of the next six.

Great pic! I went to some Maine Guide games when I lived In Old Orchard Beach. It was a lot of fun.

Is it later yet? "(Lucchino talks with Drinkwater--who I just heard some news about from a commenter, which I'll share with you later.)"

Almost 8 years late with the answer, but.... all the stuff I heard about Drinkwater is in the comments at this post.