A New Way To Be Wrong About An Old Thing

We've talked about how the Red Sox have won 3 titles in 10 years, which some people say as 9 years because they subtract 2004 from 2013 and come up with 9, not realizing that the range is 2004-2013 "inclusive." Well yesterday on the radio, I heard a know-it-all type note how the Red Sox have won 3 times in "a little more than a decade." No! He's overcompensating and not giving them enough credit! He is clearly thinking about the fact that we won the first of the three on October 27th, 2004, and then won the third on October 30th, 2013, and thinking that in calendar years, the actual winning of the titles came slightly more (three days) than x years apart. But he's filling in a 10, instead of a 9, which would be correct in that case!

There's no way it's more than a decade. Even if you start on January 1st of '04, which is before that year's baseball season started, and go through December 31st of 2013, which is after that year's season ended, you're still talking about a decade. And we won three times within that span with room to spare.

We've won 3 times in 9 years and 3 days on the calendar if you're only counting from moment-of-first-clich through moment-of-last-clinch.

We've won 3 times out of the last 10 baseball seasons if you know what the hell you're talking about.

And we've had 3 complete winning seasons within the last 10 January-December calendar years.

None of those suggest anything about the 3 titles took more than 10 years.*

*Unless you consider the '04 season starting the day after the '03 season ended. But come on, if you're gonna talk about when work began on creating the 2004 championship, you'd have to go back much farther than that.

Wednesday At The Noop 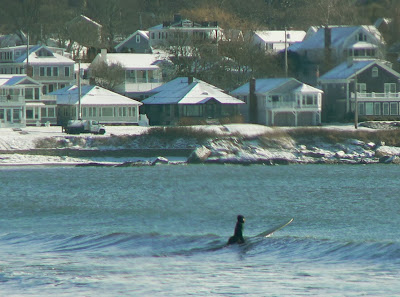 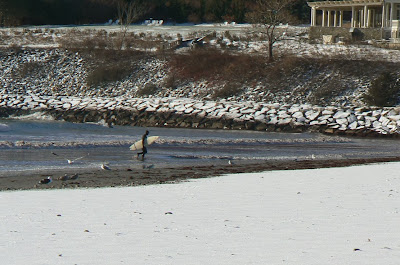 Getting Something For Morales

Sox get Jon Herrera from the Rockies for Franklin Morales. I don't know much about the guy. But hopefully we see him backing up Middlebrooks and X, as that will mean Drew is no longer on the team.

Wow, Kiss and Nirvana going into the Rock 'n' Roll Hall of Fame in the same year.

One was the first band to teach me that music had visuals, as I'd see the clown faces on the wall in my sister's room circa 1979. I never knew a world without Kiss, so I assumed the explosions and blood were always a part of the concert-going experience, not that I'd ever been to one.

The other was the first band to inspire to get a rock tee. I wasn't truly a "fan" of a band until Nirvana came along and blew my high-school hell to bits. They were also the ones to teach me that rock 'n' roll did just fine without explosions and blood, and that there was other music out there besides what the radio was playing. (I was way too young for the first wave of punk rock--I remember seeing "Sex Pistols" and "Echo and the Bunnymen" written on the wall of my middle school bus, but I got very scared and ran right back to Hall & Oates, also inductees this year. Okay, maybe it was Def Leppard at that point.)

In honor of the occasion, here's Nirvana doing their utterly ridiculous cover of Kiss's "Do You Love Me?" I'm pretty sure it was their incessant mocking of Paul's voice (and machismo: "Hey where ya goin', honey? I'm not ugly!") that kept the band off of a Kiss cover album, and maybe what led to Gene Simmons saying something about "the poor blond-haired, blue-eyed star" after Kurt Cobain committed suicide.

But Nirvana would tell you that they wouldn't have existed without Kiss. And Gene, if given a lie-detector test, would tell you that Nirvana's bringing rock music back to the mainstream probably led to a lot of younger kids eventually discovering the old Kiss records and therefore helping them stay Alive after all these decades.

There's been a lot of Nirvana news these last few years, as each album has turned 20 and turned a new set of profits too. (Except Incesticide! Where was the Incesticide re-release?!") And each time I think I'm gonna write a big long "piece" about them. But there just isn't enough room on the inner netting. But I do have one surprise, which I think I might actually do. So root for that if you care about Nirvana.

"Happy Birthday!" --You Know Who

Surprisingly, this is not my probably-annual nod to my favorite Christmas special. I'm talkin' about Bob Odenkirk's new show, The Birthday Boys. You know I was a Mr. Show fan (Odenkirk's old show with the great David Cross), right? Well, at least I know Brian knows that, since he got me into it many years ago. But now that that's established, if you like MS, you should have no problem liking TBB. I've only seen two episodes so far, but one had me laughing the whole way through, and the other put Kim and I into that rare jewel, the "can't stop laughing" moment. I really should be keeping track of those. We had to pause the show and just let ourselves "laugh out" before we could start it up again. At which point we finished up, and rewound (do we just say "reversed" at this point as there's no actual winding?) to watch the scene again.

And doing something over and over--that's what Odenkirk humor is all about. If you can pull that off, where you're running with a joke for a solid half-hour and the audience just keeps wanting more, you're doing it right. But only to the people who like it. Everybody else gets annoyed and insists you stop or they'll leave. I say if you have a funny concept, do it until there's one person left laughing at it.

I don't want to give anything away by mentioning all the specific skits, but just try the episode "All Your Favorites Are Back." You should know right away whether or not you're on board with this show. It's actually on U-Tube but you have to pay 2 bucks for the episode. If you have cable, it's on Eye Eff See.

And Comedy Bang! Bang!, which comes on before TBB and which I've talked about here before, is still going strong. Getting stronger, e-vonnn.