Was in NYC this weekend. Chan and I were waiting for a subway train when suddenly...something from the past barreled towards us. Soon we were back in good ol' 1955: 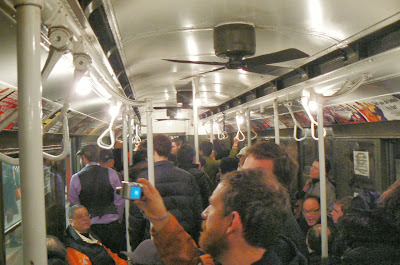 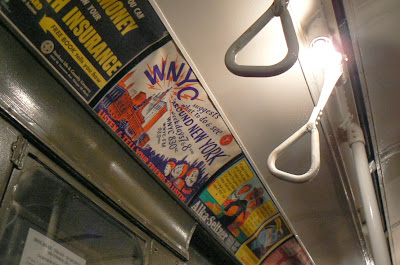 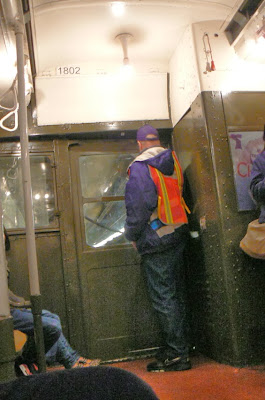 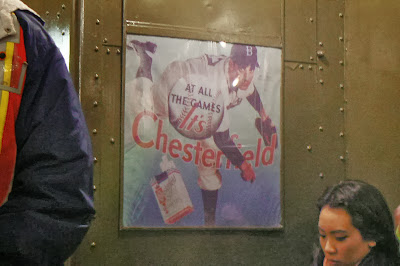 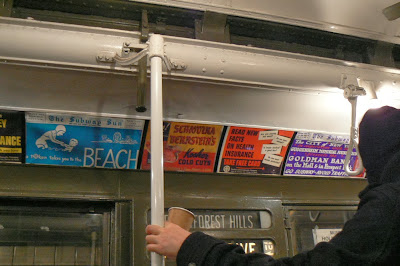 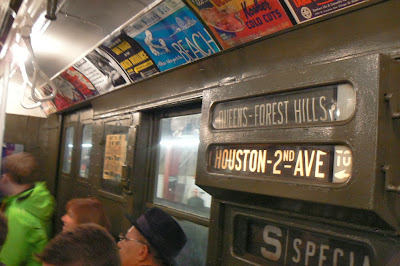 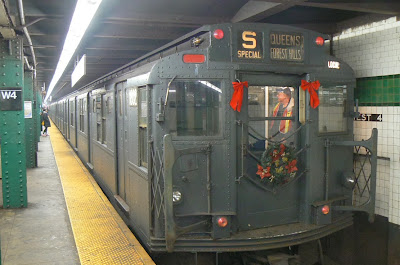 It wasn't until we got off that I was able to get a shot of the exterior. Though I easily could have started with this shot and pretended I took it before we got on. These were the best shots I could get, as I tried to get as many as possible while the train was stopped. I later realized I should have been taking pics of people's reactions as they boarded. The eyes were lighting up. Like they just got on the Polar Express or something. The conductor (who stood with the passengers as you see above as there's no special room for him) said this is the 7th year they've been pulling these babies out. But it's only on Sundays during the holiday season, and only on this one line. One passenger said "wait till you get to 2nd Avenue, the band's playing and...". But we weren't going that far so we never saw that. I did suggest to Chan we just stay on the train all say as it goes back and forth....

And for reference, here's what the modern-day train looks like on that line: 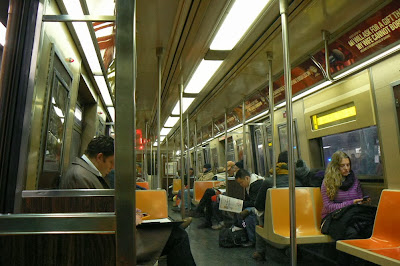 Comments:
BTW, Blogger is screwing with my photos. Some kind of auto-brightness is going on. Which stinks since I actually PAY for the right to upload photos these days, as I ran out of the allotted space after about 9 years of blogging. (Only like 3 bucks a month or something but still.)

Mom here: Loved memory lane. When my first novel was being edited at Doubleday (1985), my editor called me to say, Sorry--subway cars haven't had shellacked wicker seats and benches in a dog's age. Did your train have those? In one picture I got a glimpse of tan, but that might have been the vinyl that followed the wicker.

What would the S be? The 42nd Street shuttle?

That is what the current S train is, yes. I just assumed this one had an S for "Special."

Awesome, no idea they did this. Now I plan a trip to NYC just to ride an old subway for the holidays... Gotta get there before those exposed ceiling fans switch on and end this tradition.

Mom: Don't know what the seats were. Maybe shellacked wicker I guess...

John: Nice. Gotta go to the F train to get it. But only north of 2nd Ave.