E-Z win. We go up big early and coast home. A few tough spots for Lester but he works his way out of them. Papi gets robbed of a grandma but later connects on a grandpa. Napoli with a 3-run doobler that gets us out in front. 8-1 final. Three wins away from glorytown. The Cards were hilarious out there. Also, I was there! A couple pics: 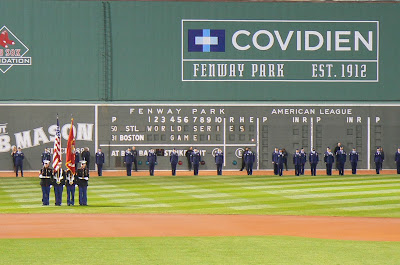 It was really cool to finally be able to take this photo. 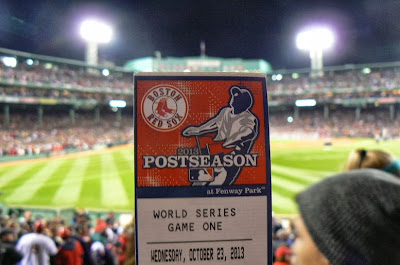 View from the seat.

More later, I would assume. Game 2 Thursday night, Lackey against a player of the National League persuasion, 8:07.

Comments:
Lucky you! That was some game! My 8 & 10 year old boys (and the older one too) are soo stoked. And the Cards were hilarious-I couldn't quite believe it.