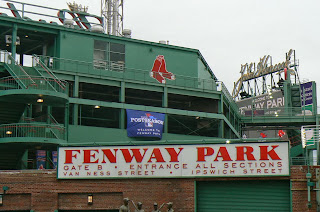 Got to Boston around 12:30. I headed for the RSN early entry while mom and Charlie went to Remy's. Kim couldn't go since she's in Maine. 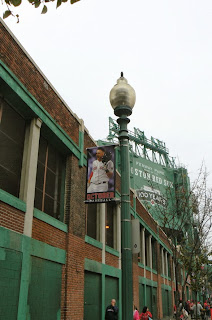 They've got these "October Baseball" signs all over the place. 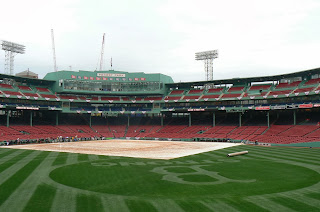 No batting practice. It was supposed to just be "AM showers," but the drive up was dark and rainy, and though it stopped as we arrived in Boston, there was more rain to come. Nice job by the mow patrol on the B Strong logo. 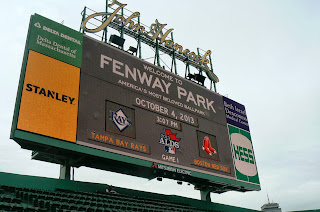 Woohoo, the playoffs are here....

Ultra-bootleg panorama from way up in the bleachers. 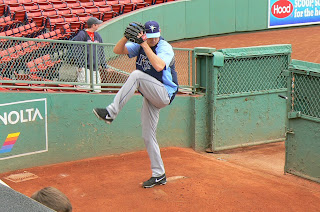 Not much action on the field, except for some Rays in the outfield and Alex Cobb throwing in the 'pen. 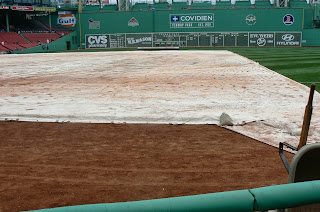 Surprisingly, they let us roam all around the park at this early hour, so I got a nice dugout spot, but with the rain I didn't see many players. 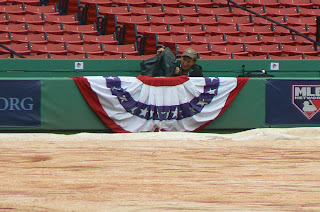 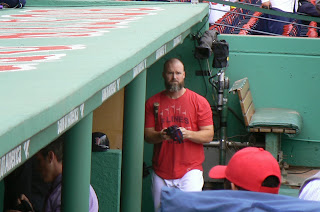 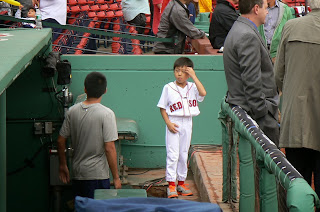 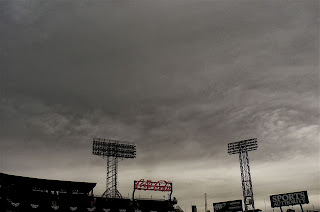 Was surprised it was so gray and menacing so close to game time, but I knew it was gonna clear out. 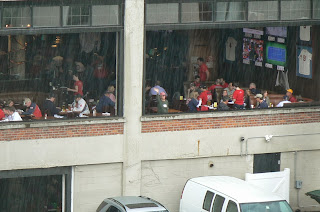 Mom across the street at Remy's, taken from the back of the RFGS.


Playing catch in the rain. 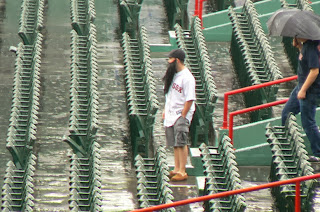 Playing beard in the rain. 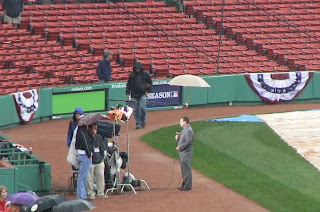 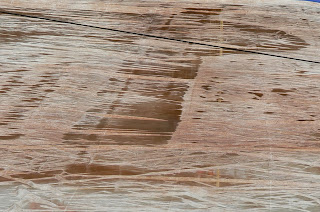 The first base line with the tarp over it.


Finally, the tarp came off. 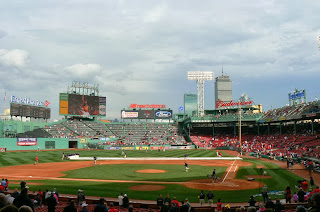 And right on cue, the sun came out.

And I was finally able to see the postseason logo on the field! 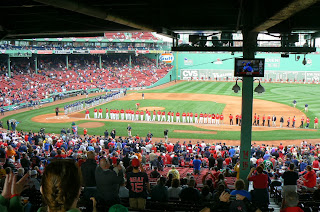 The intros from our seats. Last row of section 15. Poles all over, but at least we had an unobstructed view of the entire infield. 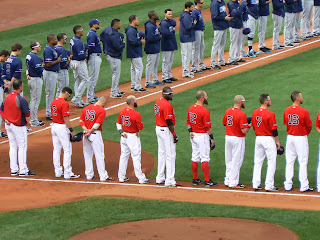 Farrell and our starting nine, minus Salty who was in the bullpen. 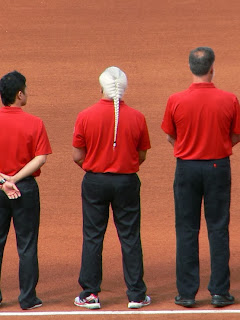 You know who. (But if you don't, it's the league's number one message therapist, Russell Nua.) 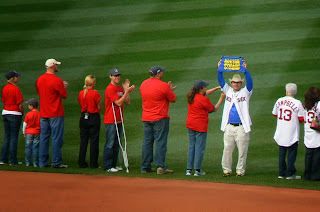 Lots of Marathon stuff in pregame. Here's that Carlos dude. 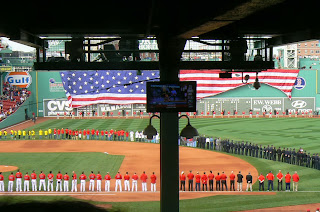 Everybody out on the field. Coming soon...the game and stuff.

Comments:
It was good to see you again my friend.

You too! (I chose not to embarrass you by putting pics I've got of you walking around in the bleachers and stuff, ha.)

Well, you would be the first to spare me embarrassment!