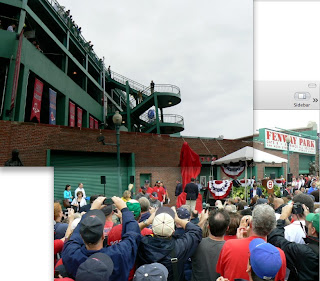 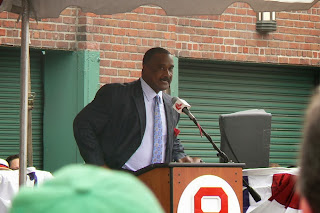 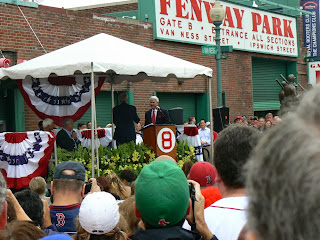 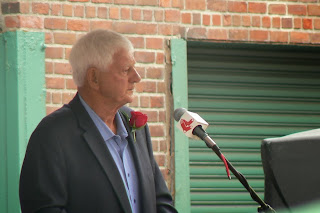 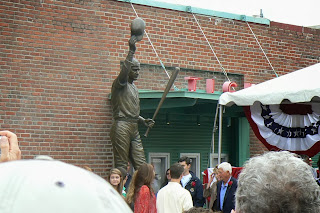 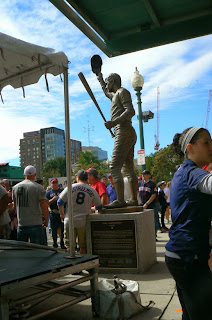 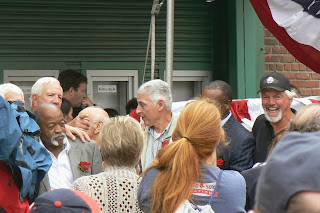 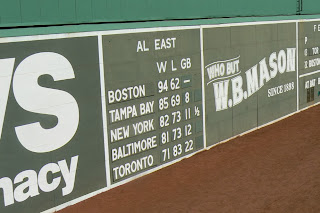 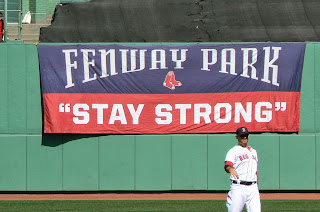 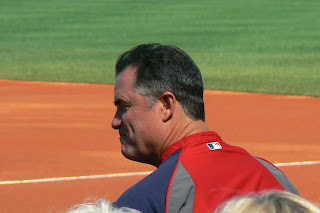 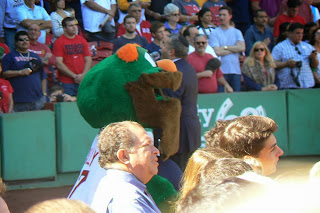 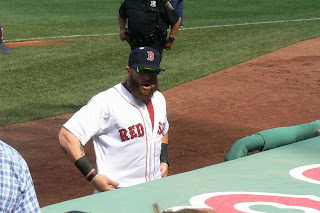 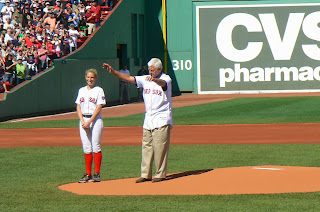 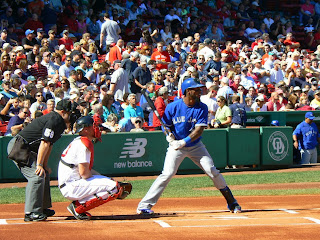 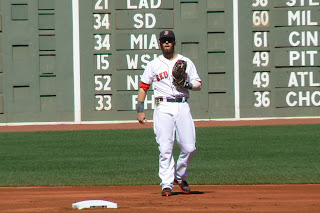 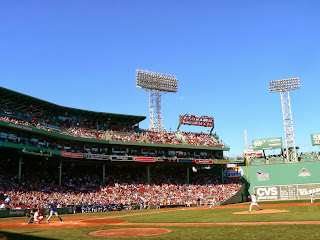 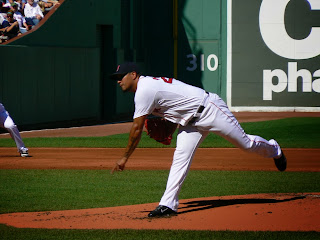 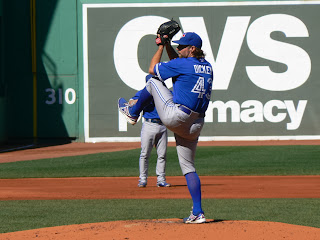 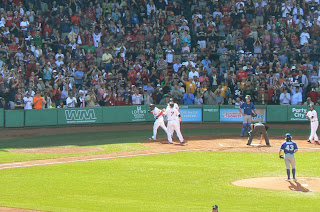 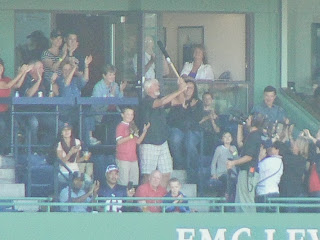 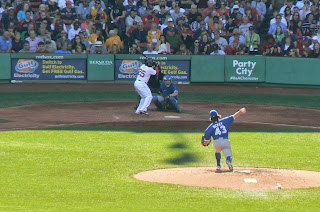 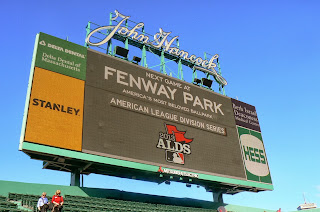 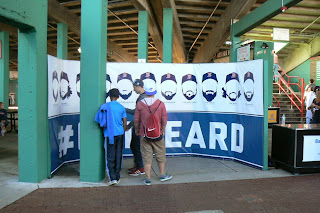 Comments:
P.S. In the starting lineups, we were introduced as the "AL East champion" Boston Red Sox. My mom had been at Saturday night's game too, and she said they didn't do it then. And she was pissed. So they fixed that.

That left-of-pitcher angle was used in the Houston Astrodome in the early 80's, too. I remember opening day in 1984, Expos at Astros, Charlie Lea v. Joe Niekro, and they used that angle on TV. Terry Francona played first base for the Expos that day.

Haha...I guess the norm hadn't been established yet back then. (The norm that later got screwed by my enemy, the head-on shot.)

Thanks for the great pix for those of us that couldn't be there. I'm headed for Denver tomorrow! I hope to get some good pix there.