Me On TV With The Dropkick Murphys

Remember that Dropkick Murphys show at Fenway I went to with Kim on my birthday in 2011? Well they've been airing it on Palladia. And Kim and I are all over it! Of course you have to know where to look.... 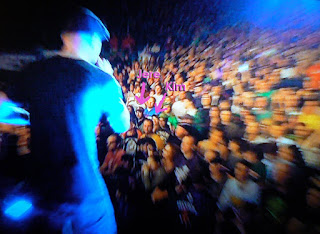 I love this shot because we're right in the little focus zone. 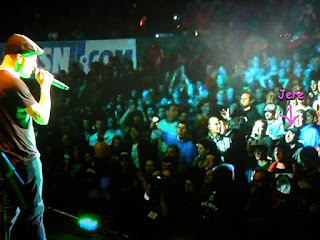 Here's one where Kim gets screwed as she's obscured. Okay, I think you know what we look like now, I'll stop with the labeling. 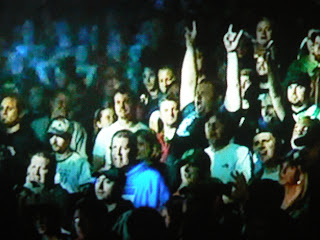 Here's a close-up of me from the same shot, only this time I've extended the shot to the right so you can see the guy who was going nuts a la that one guy at the end of Little Miss Sunshine. 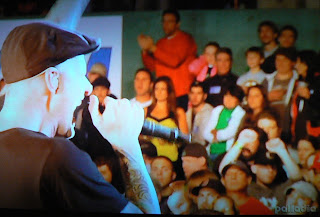 This is basically the full screen as they did a close-up of the singer, and in the bottom right, with the Palladia logo plastered on my face, it's me. (Kim screwed again, off-screen.) 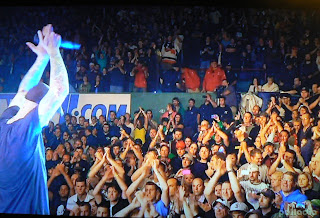 Now Kim has the logo on top of her (she's taking a picture anyway so her face is covered) as I scoot out from behind it. I swear I was having fun at this show! You'd think I was paralyzed or something.... 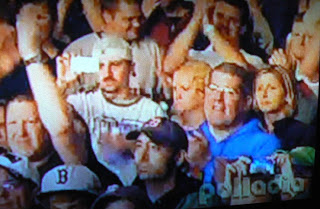 And a close-up from the shot above, of paralyzed me. 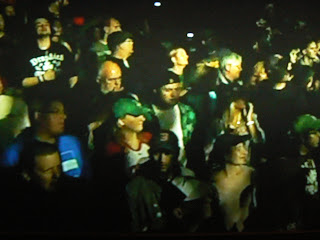 And one of us from the camera that swung over the audience. Which I'm staring into of course, while everyone else including Kim enjoys the show. Who am I, Alan from the Hangover movies?

Comments:
Bonus: I'd seen the end of this show on TV before, but it was them covering an AC/DC song, which I know happened at the next night's show. So I figured that one was where they got the bulk of the footage from. It wasn't till I saw it tonight that I realized MOST of the broadcast is from our show. And there we were, over and over. Kim and I had a blast seeing ourselves and pausing and rewinding and slo-mo-ing. We only missed the first 15 minutes--that part could be chock full of close-ups of my stone face!

This is pretty awesome...I'm actually going to see DKM at a little 500 person club in DC on Tuesday...kinda swore off going to see them again, but I haven't seen them in a club this small since the Rat on Boyleston circa '97ish...

Nice! This is like when I spotted myself in the '04 World Series video when they panned the crowd during the parade.