A few weeks ago the Celtics sent out an e-mail saying extra tickets were released. I checked for Opening Night knowing full well that A. I wasn't gonna spring for anything more expensive than the $12 seats because it skyrockets from there, and B. they probably wouldn't have any of the few $12 seats left anyway. But they had four left. So tonight, Kim and I settled into our usual last row balcony behind-the-basket seats. And just as I thought, Boy is this gonna make for a bad blog entry, they showed two familiar Davids on the scoreboard: Larry David and David Ortiz! So now I had to find them. After a quick scan of the front row from my perch, I spotted both.

This vid shows Papi reacting to the scoreboard, then I pan over to Larry:


Having some fun with Larry: 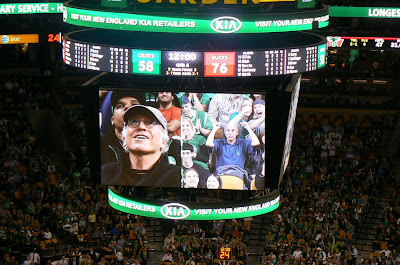 Papi in his seat: 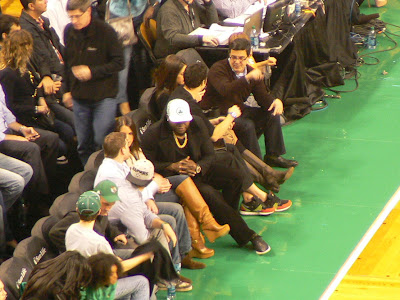 Larry in his seat: 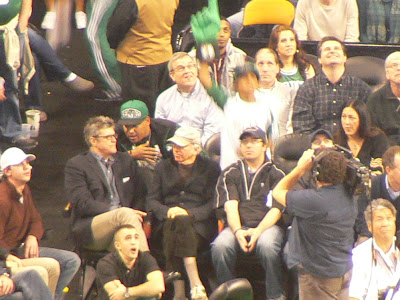 Larry on his way out:


Papi on his way out:


Truth be told, I'd seen a Papi-looking guy earlier getting filmed and figured it might be him: 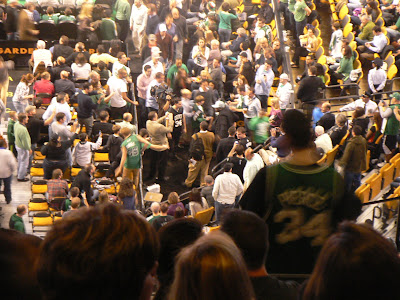 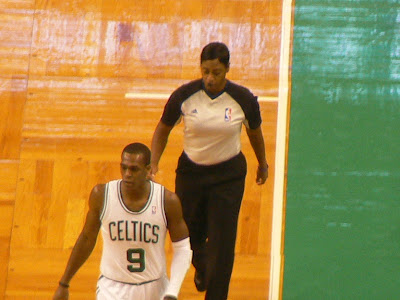 The Celtics got their asses kicked by The Good Land Bucks, if you were wondering.

Trivia fun: Did you know the TD in TD Garden stands for Toronto Dominion?

Comments:
Ha, only now, after getting home, watching Craig, and doing this whole post, do I see that Papi re-signed with the Red Sox, too! Nice.....