Open House II: On The Field

Mike Francesa was talking today about all the Yankee injuries, listing them and capping it off with the latest strange injury in the career of Eric Chavez. Little did he know that a few hours later, Mariano Rivera would end his season (it would appear, if he really does have a torn ACL) and possibly his career running down a fly ball in batting practice. The Yanks would go on to lose to the Royals, leaving the tying run on third in the 9th. It was KC's first home win of the year! Now on to Part II of my pics from the Fenway Park Open House from last month: 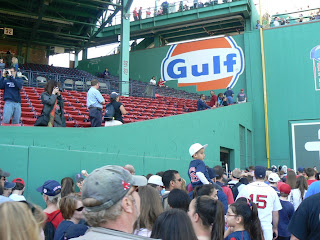 So weird to be standing in this spot. 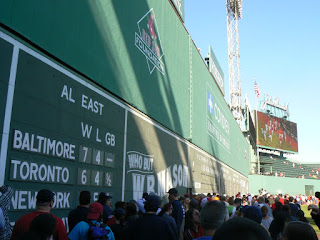 There were a hell of a lot of people on the warning track that day. 53,000 attended the event. 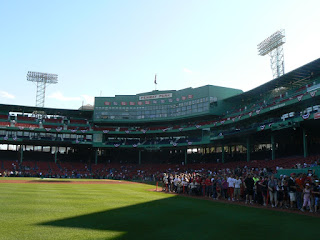 So weird to get low-angle shots from left and center field at Fenway Park. 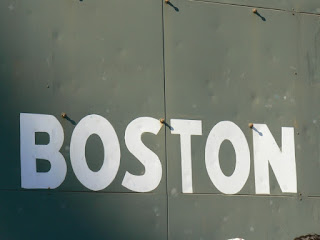 BOSTON on the scoreboard. 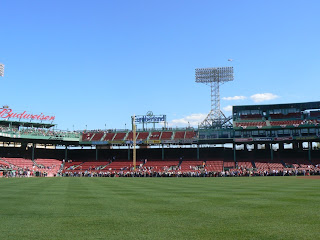 Looking over at right field, another shot you'll hardly ever see unless the left fielder or scoreboard operator brings a camera. 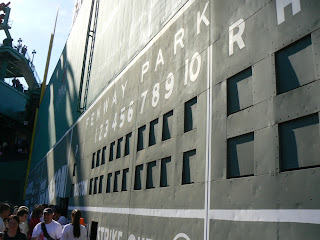 The board and the ladder. 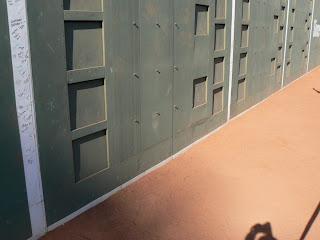 You can see all the writing and handprints on the wall, from people taking tours. 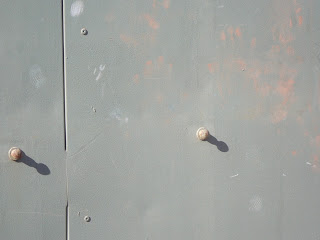 A close-up of bolts, for your viewing pleasure. 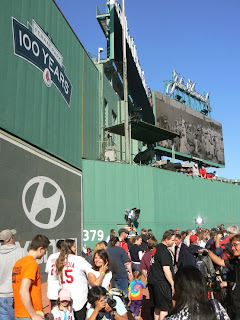 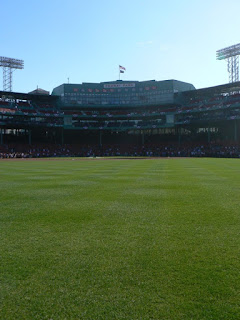 Looking back toward home plate from center. 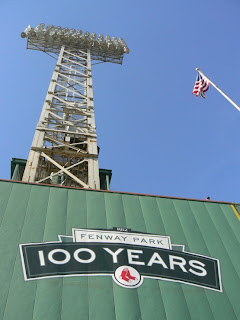 A shot similar to the one I showed you back on the 100th anniversary of the first game at Fenway Park. 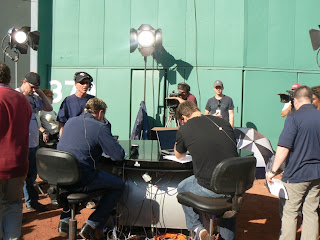 Kevin Millar was doing his show live from the warning track. Click here to see the video of the funny moment that happened when I was hanging around out there. 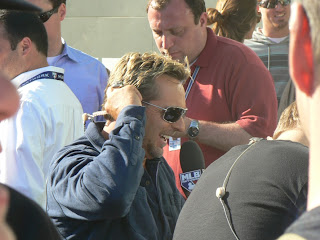 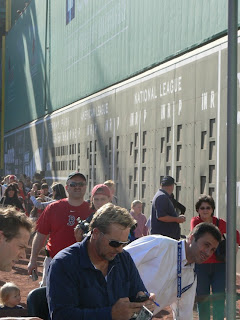 Millar and the Monster. 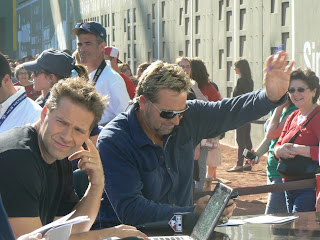 Millar waving to the fans up in the CF bleachers. 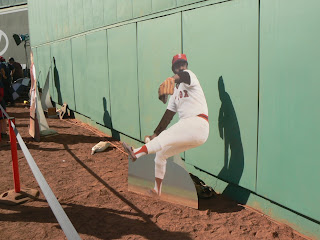 They had a bunch of player cutouts along the warning track. 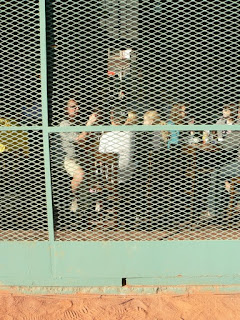 Looking into the Bleacher Bar from the field. 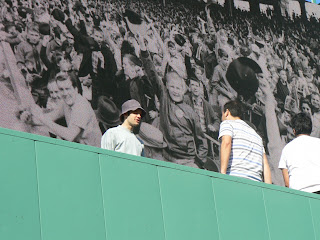 It was really fun looking up at the CF board as they ran through all these different pictures, and seeing people in front of it, making it look like they were part of them. 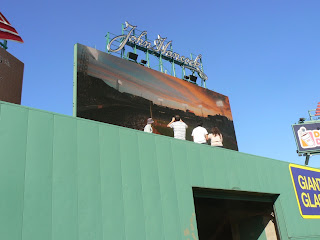 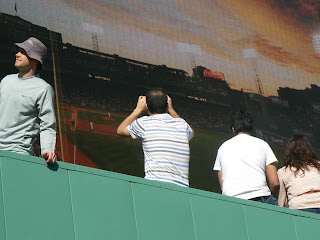 And zoomed in so they appear as if they were...well now it's getting confusing. 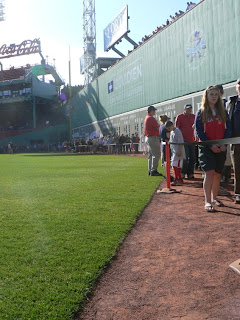 A final Monster shot before I headed back underneath, through the CF garage door. 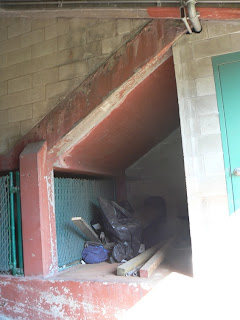 Inside the CF tunnel, along the side, there's this little storage area. 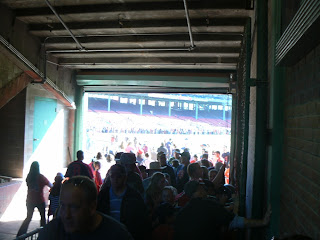 Looking back through the tunnel.

But I wasn't nearly done. Spent a lot of time there that day. Part III coming at some point.