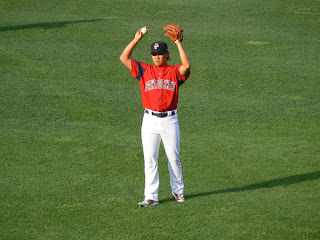 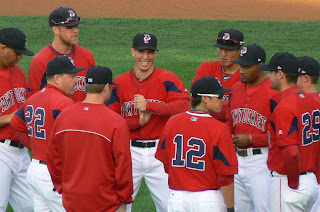 A portion of your 2012 Pawtucket Red Sox. 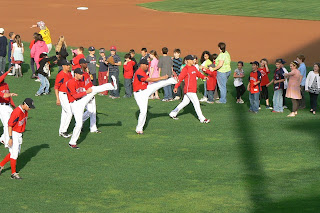 I liked seeing the kids' reaction to seeing the Paws up close/personal. 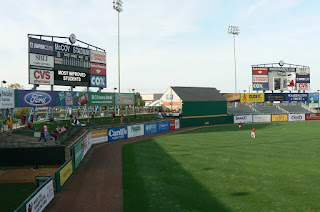 Matsuzaka throwing in the outfield. He seemed like he was moving in slow motion. Free and easy. Don't know if I was noticing it more or if he's actually gotten more deliberate than he used to be, which is hard to do. 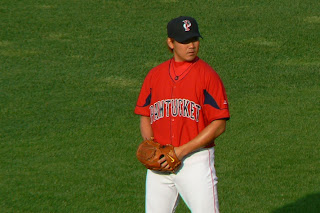 Here he is again, in a picture that doesn't really need a caption. I mean, I could say "here he is from the set position," I guess. 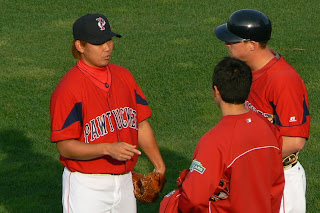 Talking to the catcher via the translator. 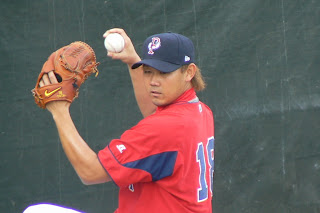 In the bullpen. I thought this game would be somewhat of a "madhouse" due to Dice pitching, but it wasn't at all. Still, they kicked me out of the good seats when I tried to go there. TOTAL BS. If Fenway allows it in a sold-out game, McCoy should allow it when 296 fans are there. 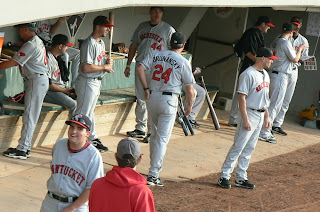 Bruno! I had checked the Rochester roster and saw he was the hitting coach. Brought a card of his to get signed but the opp. never pres. itself. (Though you can see the stuff hanging on the right side, waiting to be autographed, a McCoy tradition that even made it into the mural at the local Trader Joe's.) 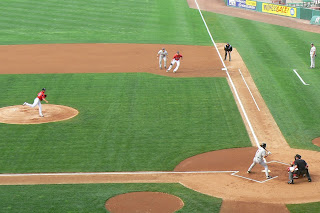 Dice on the mound, Jeff Burroughs' kid on first. And Lars Anderson playing first. On April 24th, Burroughs and Anderson both pinch-hit in the Red Sox-Twins game in Minnesota. And here they are both in AAA facing off again. 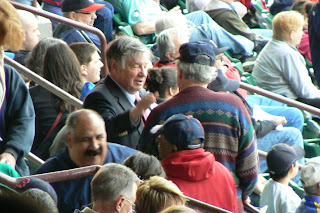 Kapstein, aka Mr. Rhode Island, at the game. (If you're reading this 50 years from now, yes, the big club was on the road--in fact, this game started at 6:15 and the Red Sox-Kansas City game didn't start till after 8:00, so there was time to see Dice-K's start and make it home to watch the other game. That's what I did, anyway.) 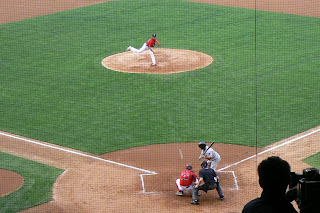 Behind the plate action.

Dice cruised. He'd only given up one hit going to the fifth. Then he got mad over a call and ended up giving up a double, and then he was done. As you see below, he got a really nice hand:

I knew I'd be leaving early, but it still stank that as I walked out through the parking lot, I heard a large cheer, then music, then the PA guy say it was a dong for Nava. Damnit! Also, I took pics of other Paws, but I figure you'll see those after any Paws game I go to, and this was about the Dice rehab, so I pretty much limited it to those pics.