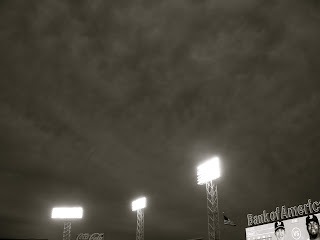 A couple of b&w's from Monday night. But now back to the beginning: 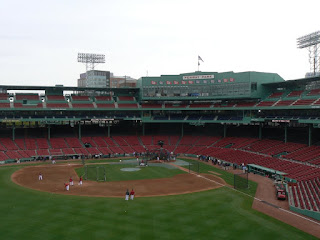 Overcast day in Boston. Chilly on the windy Monster, not all that bad down below. I was up there for the RSN early entry (Still no card in the mail! Used my printout.) and was able to get a 100th anniversary ball on a Ross BP dong. Read all about that, and the other ball I got, here.) 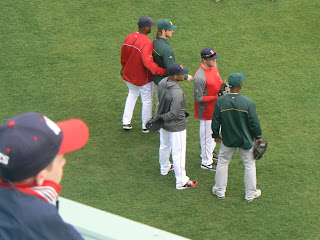 Alex ("cough, cough"--Doris from Rego Park) Ochoa with his arm around old friend Josh Reddick. Also, Lars and Crawford. And a kid on top of the Green Monster. And an unidentified A. 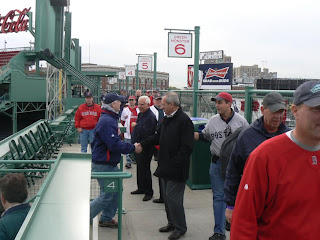 Grabbed this shot of Lucchino--Werner is wearing red and is almost completely hidden, though you can see his shoe. RSN people were getting kicked off the Monster at this point so I couldn't get a better shot of Tom. 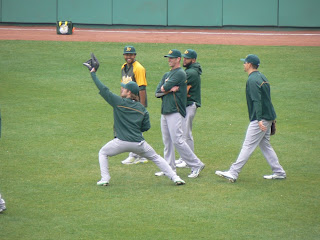 Reddick goofing around and Coco laughing. 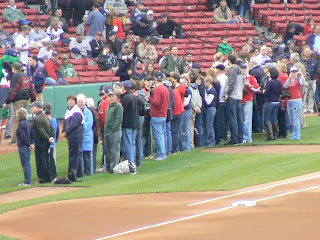 A bunch of descendants of 1912 Red Sox players and 1912 Fenway workers. 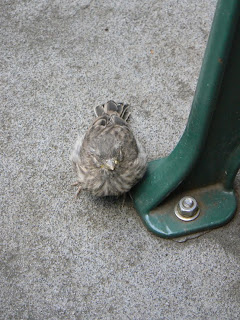 So this bird came flying up to me and hovered like a hummingbird before landing under the seat next to me. He sat there tweeting at the chair leg the whole time. I'm not sure his eyes worked. The little girls in the row behind me fed it some stuff. I wanted to do something for it but I couldn't exactly take it home. I'm guessing the hawk waited till the park was empty and then took it for its final ride. At least it got to see Marlon Byrd go 2 for 4. 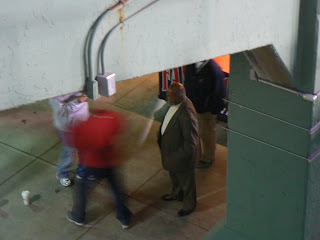 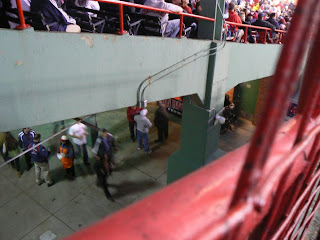 Better idea of where Tiant was. I stayed in the bleachers till I got too cold, then watched the middle innings from the warmth of the third base deck. In the 7th, I stood there contemplating when to make my move to the good seats. And I would have a lot of time to do that, as the A's kept batting and batting, turning an 11-1 game into an 11-6 one. 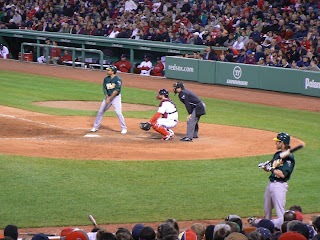 Moved down to here for the end of the game. Here are old friends Coco Crisp and Josh Reddick. Reddick almost robbed Papi of his second dong of the game, but the ball--and Josh--went into the bullpen. McDonald and Aviles also homered during the feel-good portion of the game. 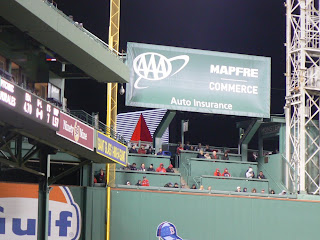 Cool angle on the Citgo sign. Life is imitating art imitating life, as the hidden Citgo sign mimics the Gulf sign which was made to mimic hidden signs. 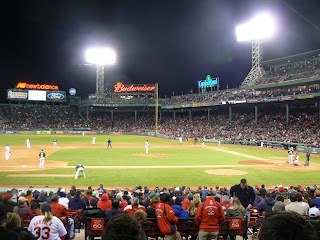 View of the field. I could have gone field box but stuck with a spot right above the tunnel in the loge. 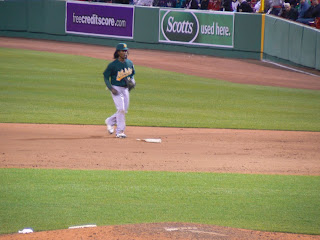 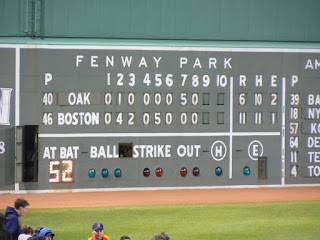 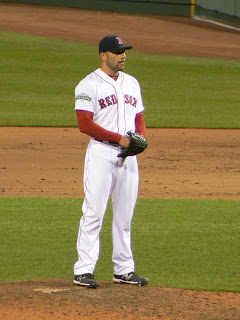 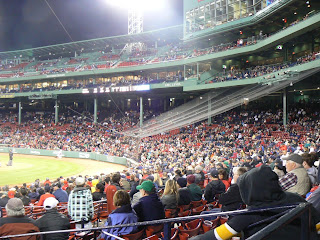 It was an interesting crowd, because you had some people leave at 11-1, leading to the crazies filling the good seats, but then it became a game again so the crazies had to get the team through the 7th and 8th inning rallies, which is a good thing since those are better fans than rich people. Then once it was a 5-run lead with an inning left, the game was essentially locked up, and even more people left, so it was very sparse in the 9th. 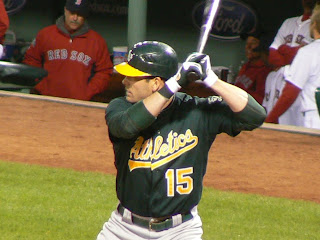 Seth Smith, who is not only a Smith (will I ever continue the Smiths of Baseball project?), but also the guy who ended the 2007 World Series.