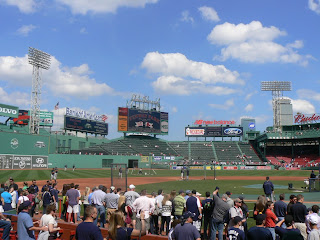 My third day in a row at Fenway. Open House, 100th anniversary, and today's easy blowout win...or so we thought. 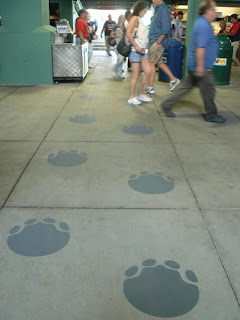 Something I missed the last two days, the "elephant tracks," in honor of a day when over 50,000 people showed up at Fenway to see some pachyderms on the field back before the Internet. 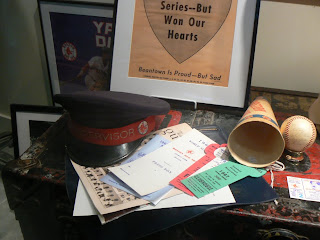 A few things from the 1960s on display, including one of those old usher hats that lasted into the 80s. I love this whole "living museum" idea and I will show you more of what's new there when I finally post all my pics from the Open House. 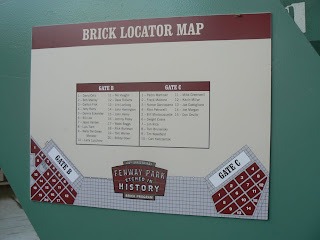 Took a look at some more bricks, and noticed things like poor saps whose bricks are way in the corner or are permanently in a puddle due to being in a leaked-on zone. Here's the "brick locator," which also shows you all the people/mascots who have sections named for them. (Not all have handprints--some just show a name.) 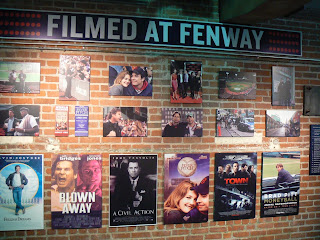 Another thing I didn't get to see the last two days, the "Filmed at Fenway" section. 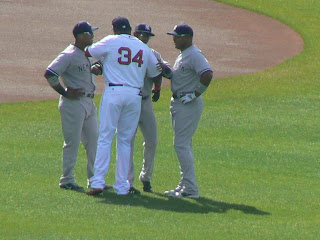 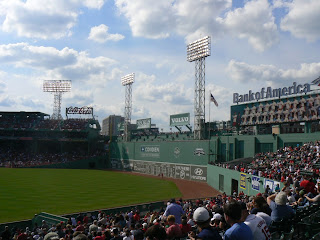 Pat joined me today for the first game of the 10-game plan that's been mine/ours since it began in 2004. Here's the view from the same seats we've had for eight years. 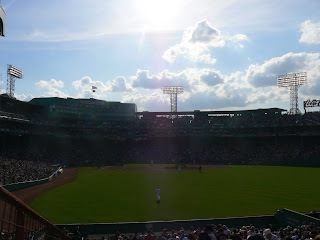 The home plate view a little later as the sun started to go down. It was 78 degrees at game time. Windy again, but it only helped to keep us from sweltering. Well, April sweltering, but sweltering nonetheless. 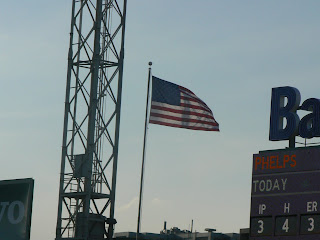 I thought this was really cool--the light tower's shadow being cast upon the blowing flag. 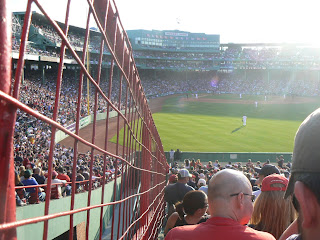 I've always loved how our seats are right on the edge of the bleachers. 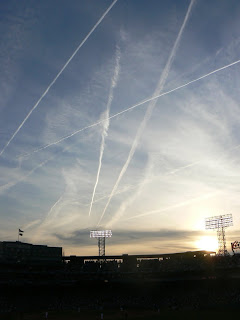 Missile Command over Fenway. We got to Garcia very early. It was quickly 7-0. Doubront was wonderful. I said how glad I was that this game was on national TV--everybody was seeing the Yanks having to use all their pitchers, and the lead went to 9-0, as all the Yankee fans sat quietly. Doubront gave up a solo dong in the 6th, but that was his only run. 9-1 Boston heading to the 7th. 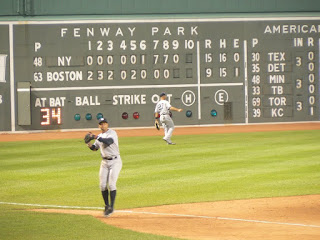 And then the Yanks walked into our bullpen and poured a 7-and-7 over our heads. Every fucking single goddamn guy we marched out there laid a turd egg. How does a game go from 9-0 to 15-9 the other way? How is it even possible? Finally Tazawa came in and got some outs, but by that time we were already down 6, and Pat and I had already made our way to the good seats. 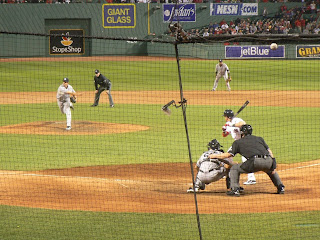 This dude looked like he was aiming the ball 20 feet to the left of home plate. Anyway, 15-9 was the final. After the game we got Cubs outfielder Marlon Byrd. Somebody please tell me he can pitch.