Some Pictures Of Things 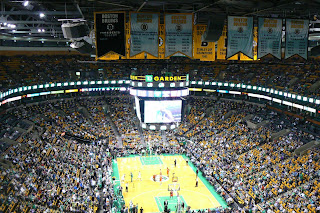 Couldn't get any of the $10 seats for the Celts this year, so we settled for the only home exhibition game, which was tonight. 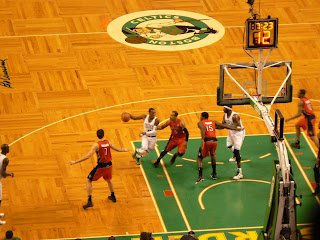 Rondo with the ball. (I'm glad I don't follow the Celts or I'd be pissed about Rondo being the latest athlete the Boston media decided to convince fans isn't that good and should be traded when he's actually the heart and soul of the team. Really pissed.) 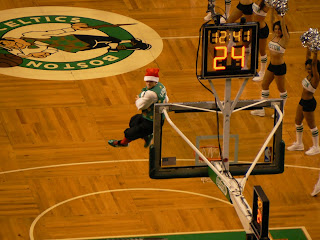 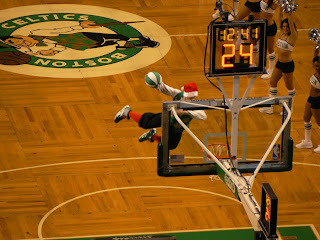 That new-ish Lucky dunkin' off the trampoline. 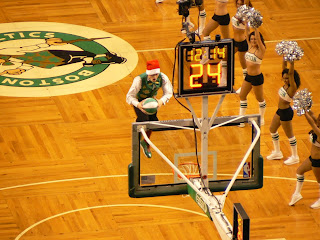 Guy gets some serious air. 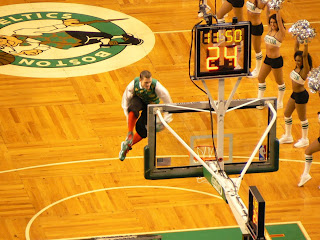 Between the legs. Anyway, we got to see the starters play some solid minutes, except for Pierce. Celts won. 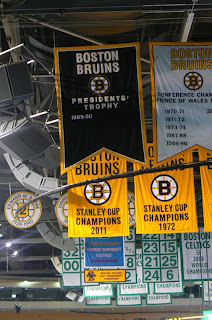 New at the Boston Garden--the latest Bruins flag. (You're focused on the black one in front of it, aren't you? The answer is: I don't know. Why the apostrophe is so low.)


And now for some pics from NYC this past weekend, aka the annual Xmas Shopping With Chan Trip Which Is Partly Just An Excuse To Go To The City. 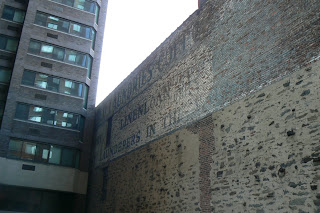 From the dying breed of painted-on-side-of-building signs. This one's from York Ave. You can tell it was painted before the other building was built. Something about the "best launderers in the world." (That doesn't really help us, Michael.) 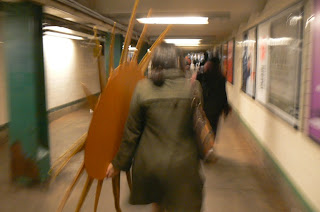 Blurry woman carrying the sun in the subway. 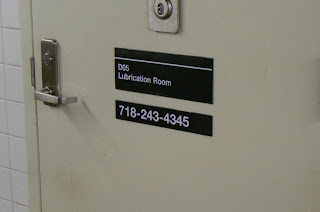 Somebody call the lube room, stat! 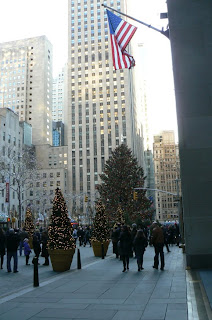 I put the lube room pic before the tree pic? Yeah. The tree's the same every year. I really don't need to see it, let alone photograph it, let alone post it on the Internet. But since there's been no snow, I thought maybe going there would put me in that elusive Xmas and/or non-denominational late-year holiday mood. Didn't really work. I still say "the holidays" should fall at the END of winter. 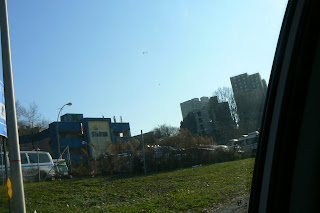 Sitting in dead traffic on the way out of the city, I noticed some words missing from this place. Anybody who's been going to Yankee Stadium(s) all their life from the north knows this stanky little motel beside the Deegan used to be called the "STADIUM MOTOR LODGE." Then at some point in the 90s it became "STADIUM FAMILY CENTER." Because adding "family" to your name instantly removes all roaches and whores from the property. Well, now one of three things has happened:

1. Someone has stolen two thirds of the sign.
2. The place is finally falling apart to the point where the letters are falling off.
3. They're revamping yet again! But where do you go from "family center"? Ooh, maybe they're reverting back to "motor lodge" for a more authentic South Bronx feel.

[Okay, I just looked it up. It's not a motel at all anymore. According to a community website:

"Two hundred men, to be exact, were placed in our community at the Stadium Family Center (renamed Basic Stadium Men's Center) and none of our elected officials or Community Board #4 members informed the community. We went on to discover, sexual predators were housed there. This was done near 2 (two) Elementary Schools = PS 126 and PS 11."

Wow. What a life that building has led.]

Oh, and supposedly Bob McClure is the new Red Sox pitching coach. This is a dude I grew up looking at on pieces of cardboard--yet I never made the connection that he has the same last name as Troy McClure. Also, scroll 2/3rds of the way down this page and see a picture of McClure back in the day, playing some dice-rolling baseball game on the field at County Stadium, home of the Indians (in Major League only).