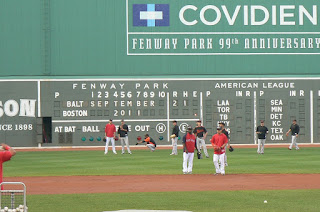 Took some photos at the last Fenway game of 2011. At the time I only posted one since it was all so depressing. So, finally, here are the rest of them. 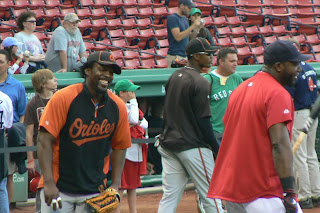 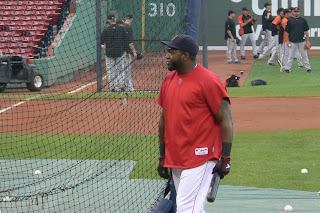 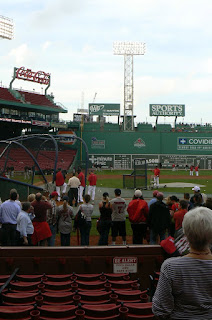 Two different really big Rick Burleson fans? On the field? They have to be part of his family, right? 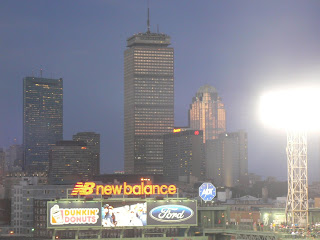 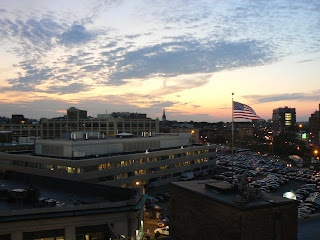 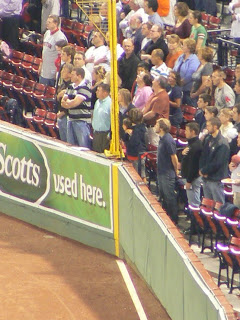 Looks like I was still obsessing over Don's yearly dipshit claim that the foul pole and the foul line are misaligned. Here it is from up near where he sits, showing it all lined up. 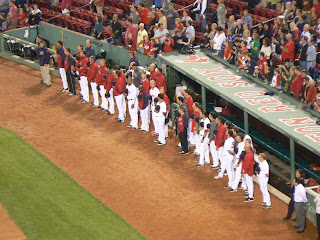 Here's the whole Red Sox team on the field for the anthem. Didn't one of the shit-stirring asshole piece of shit media members say something about how they're all in the clubhouse at this point, burning your old family photos? 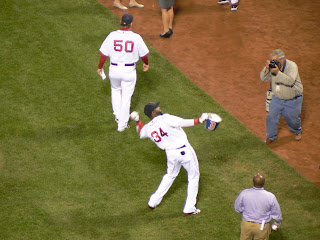 They did that thing where players throw out balls to the fans. 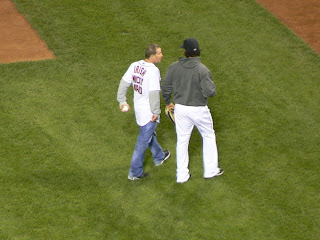 I think this "Irish Mickey Ward" was the inspiration for that "nawt you, nawt you, and nawt YOU!" movie that was all critically acclaimed and stuff. 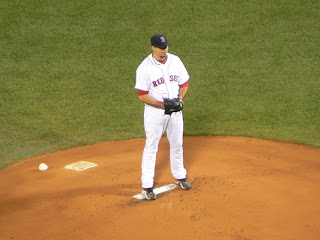 Josh Beckett, who posted his lowest career ERA and highest career ERA+ in 2011--but who the media has told you is horrible and should definitely be traded. 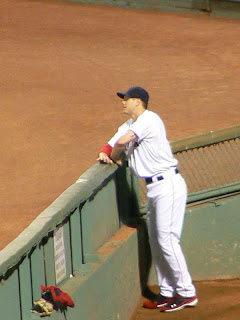 The irreplaceable guy who they just let go without a second thought. 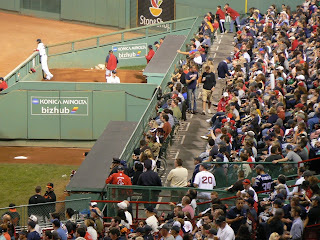 Pap also appears in this shot, the final one I took at a Red Sox game in 2011. (I did shoot some video of a dick getting ejected from the stands after that, but this is the last still photo.) I'll never forget being up at the top of the grandstand that night, actually thinking there was no possible way we could lose that game. The lead just felt bigger than it was. Both teams seemed to have just let this one go into the W column for Boston. How wrong I was. And little did I know the worst was yet to come. But that's okay, WEEI has solved our problems by subsequently firing the best manager, best general manager, and best closer we've ever had.