Here are some pics from Sunday, compared to ones I posted about eight months ago. Note: I didn't get a new camera, I just got some blue skies this time. 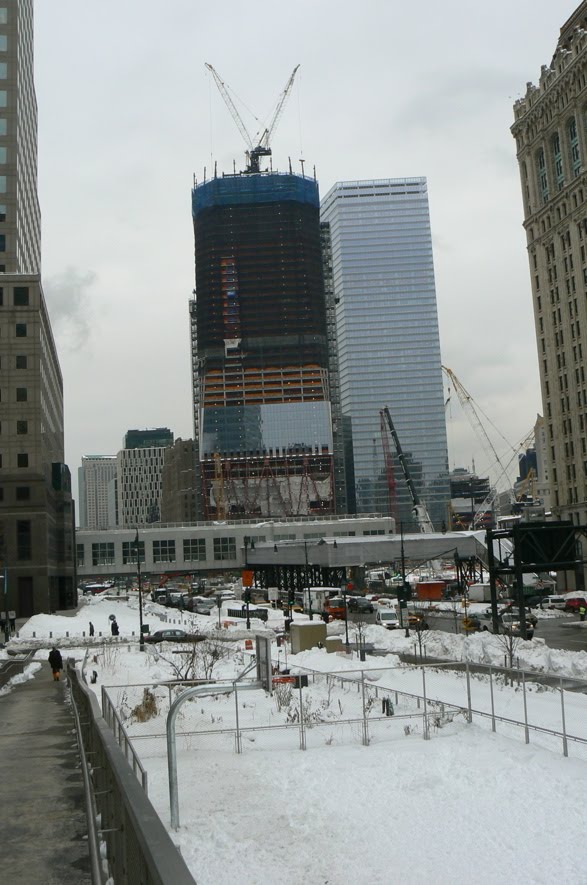 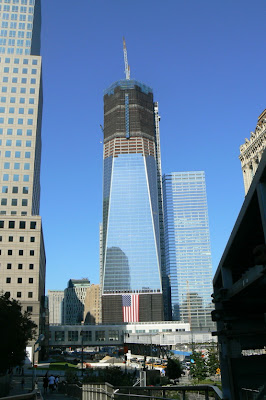 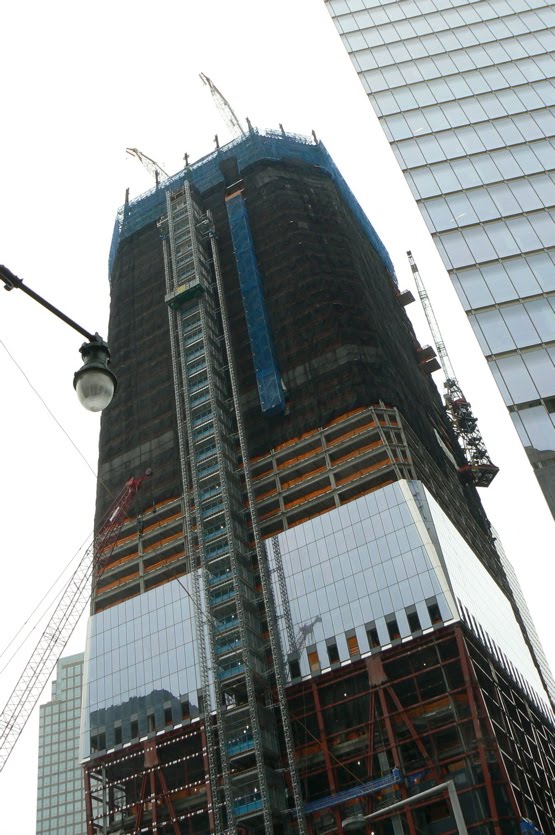 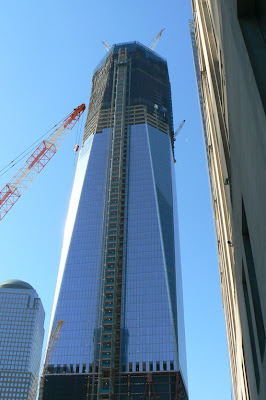 From the east, then and now. 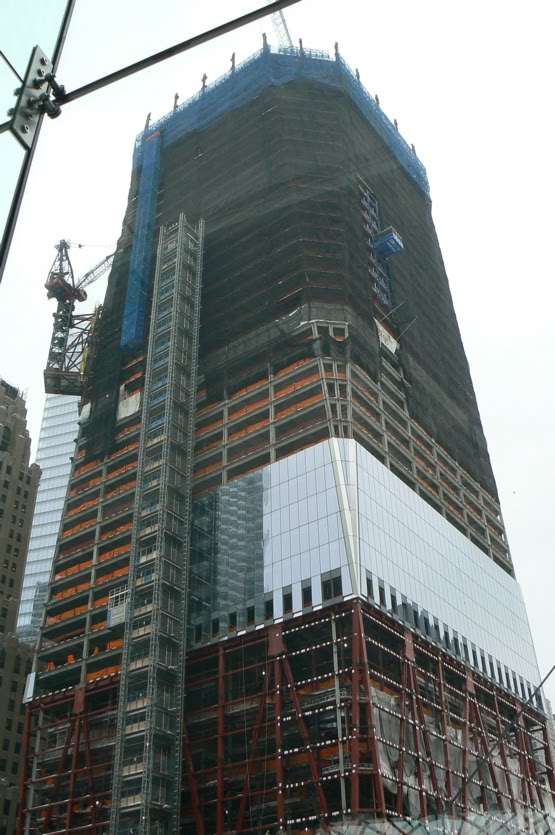 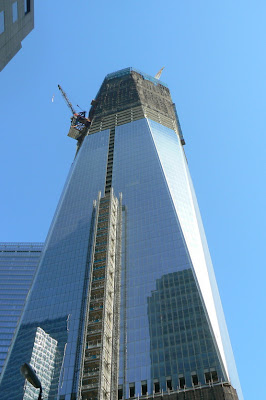 From the west, then and now. 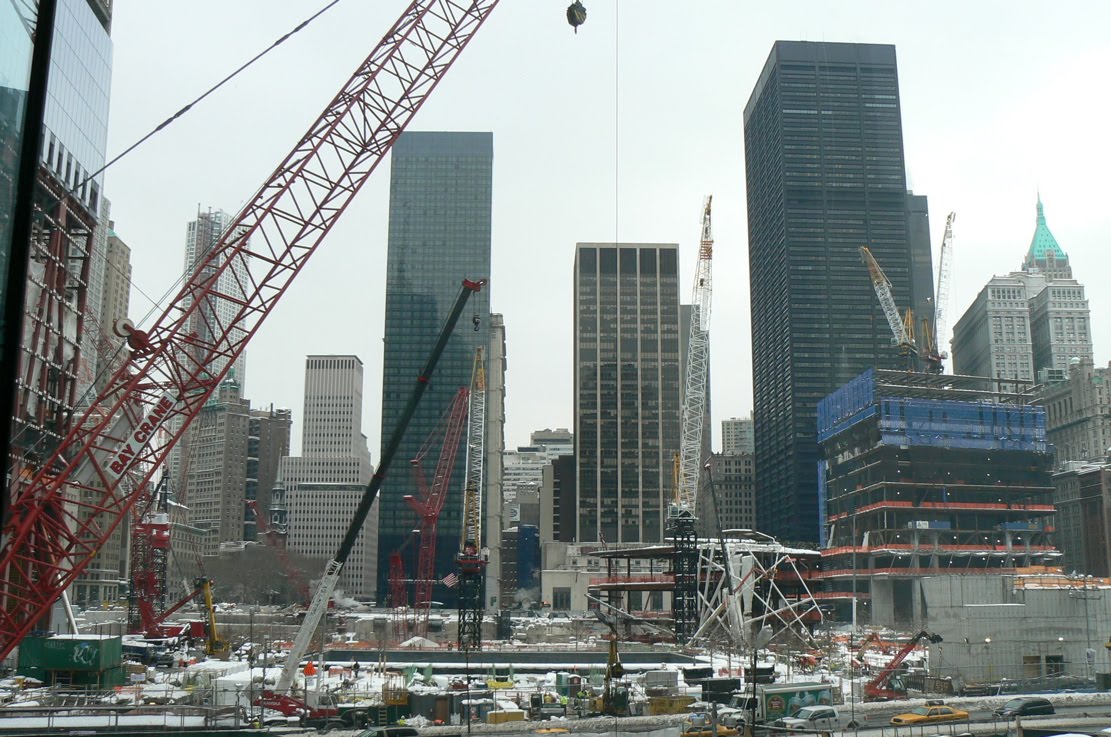 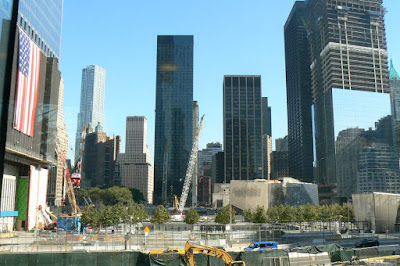 The whole site from the west. At left, base of building 1. At right, you can see how much height building 4 has gained since January. (Right behind that building is Zuccotti Park.) And to the left of that, the museum isn't just a weird skeleton anymore. 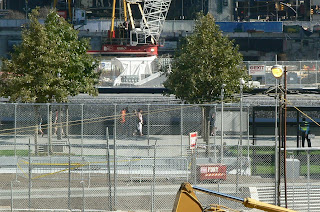 This is a close-up of the reflecting pools. Hard to tell, but the waterfall is running all the way across this pic. To get into the memorial, you have to reserve a pass online, so I guess it's pretty popular. 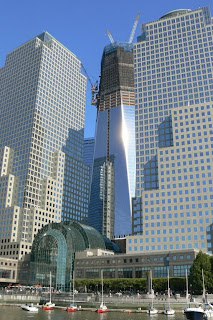 Another shot of 1 WTC from over by the water. One issue with this building may be the glare on the lines that run up it dividing its faces. And since there are eight instead of four (at its mid-point it's an octagonal building...weird) you have twice the chance of being blinded.

Bonus: Three Statue of Liberty shots, with those reflection stars on the water like at the beginning of Splash. 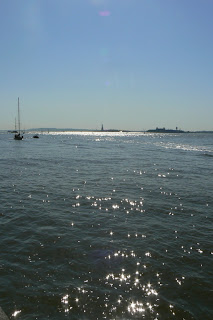 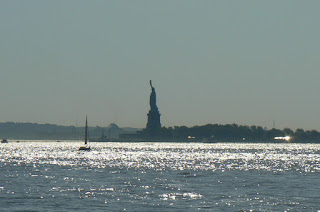 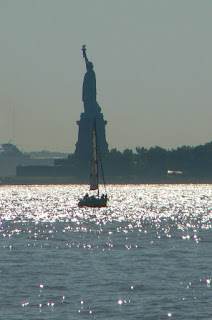 Comments:
I spent an incredible day on the site this past September 11th, Jere. It is a beautiful memorial. I've been down in the site the last ten anniversaries, and the amount of work done in the last year is simply unbelievable.