I'll start with a video of something you've probably seen from a different angle by now: 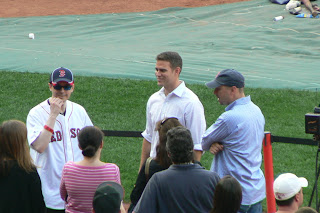 Got a $25 pavilion SRO ticket earlier that day online. Parked at a meter--the type that takes nickels and dimes. They might as well say on them: "FREE parking--and as a bonus, we'll take a pound's worth of that worthless change you've got in your car and pockets off your hands!" Here's Theo before the game, while I waited for the rest of the park to open up. Good news: one of the ushers said he didn't think that system will be back next year. Who knows if he actually knows anything, we'll see. 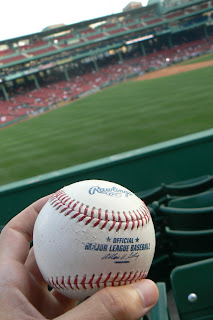 So I finally got out to CF, and got this ball off the bat of a Blue Jay. I did my usual trick where I wait a few rows back and watched as the homer slammed into the fourth row of section 35. All the people waiting along the front wall looked back to see me easily getting the ball. However, as I ran toward it, I could see it was about to roll down to the next row. So even though I was pretty sure no one was around me, I had to go down to the concrete for it rather than taking a chance climbing over a row while someone else sneaks in from the side. And I ended up like this: 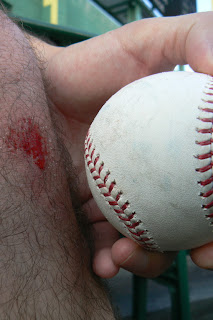 One skinned knee and one bruised knee. And my camera bag, which I had strapped around me, came up over my head and rested on it. So there I was, on the ground, with a bag on my head like a fool...for no reason, as it turns out I had no competition for the ball. It was my 2nd of 2011, and 17th lifetime, all batting practice balls. (Nine of those came in my banner year of 2009.) The Jay who hit it? I don't know--lefty, white guy, hits in the second-to-last group. I'll have to come up with a guess because I like to give credit to somebody, even if I'm not definite on it. 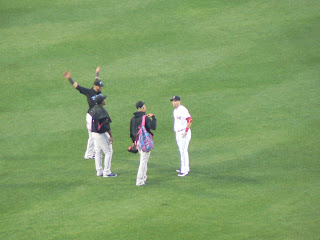 Wasn't too crowded up in the pavilion. Here are some rookies with pink backpacks. This is getting old. We need new hazing rituals. 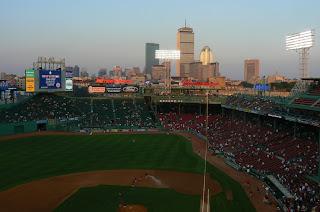 It was a "no jacket required" night at Fenway. Perfect. Later in the game I went to where I could get a constant breeze and it felt great. I love September. It weeds out the fools who think summer ends when school starts. Terrible job, fools! 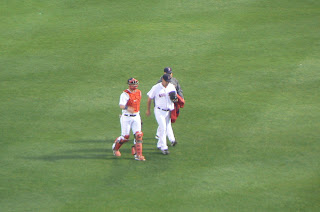 I'm only showing the "pitcher coming to mound" shot because it was Wakefield on what would be the night of his 200th win. 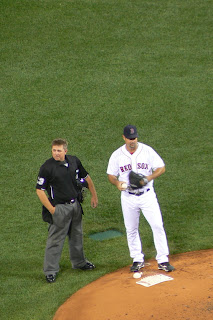 Wake gave up the lead twice, including once on a dong that was reviewed. Here he is waiting out the ruling with the ump. 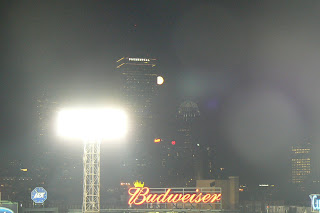 Moon coming out from behind the Pru. 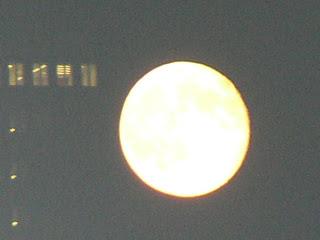 Mega-zoom on the moon next to office space. 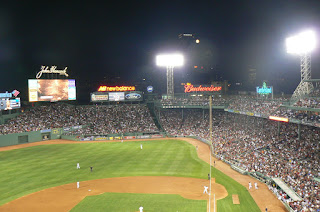 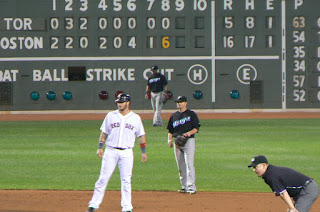 It was close for a while, but with help from two Pedroia dongs, we pulled away, and it became apparent Wake would get CC. Here, I'm down in the good seats, and Salty has just doubled in three, but the scoreboard got it wrong. Add it up. Also, the balls/strikes/outs on this board didn't work all night. 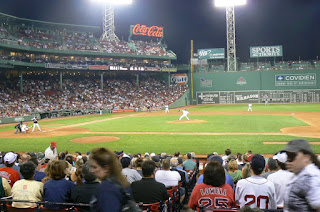 Tazawa pitching in the majors for the first time since 2009. 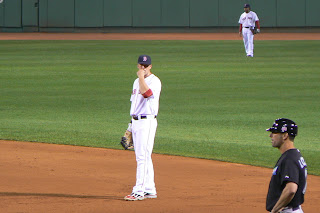 With such a blowout, a lot of subs came in. Lars Anderson was at first, and Lavarnway is catching in the shot above this one. 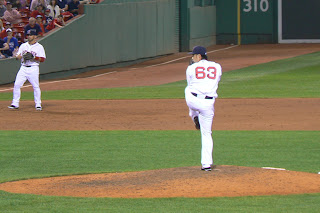 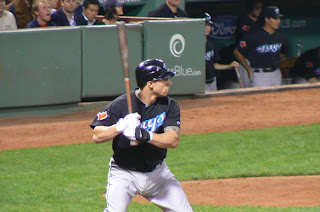 For a while I was obsessed with a certain memorabilia message board which was frequented by a guy who kept telling everyone to buy his Brett Lawrie stuff because the guy's gonna be a huge star. Weird to actually see Lawrie in person after all that. 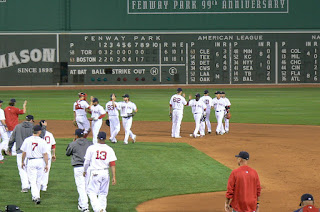 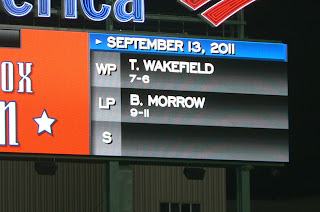 Another thing I try to avoid is scoreboard shots, but, again, this is different so... 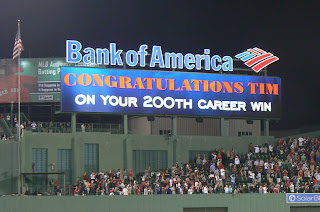 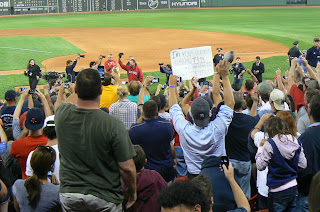 Had I known they'd be doing more stuff like spraying him and dousing him and stuff, I would have gone as close to the front row as possible. But I was just hoping he'd come out, so I figured being 15 rows back was fine. Anyway, I was just happy he came out and that I was there to cheer for the guy. The first time I saw him pitch was August 8th, 1995. By the early 2000s, it seemed like he'd pitch every time I'd go to Fenway. And here we are in 2011, and he remains a fan favorite who helped us to two World Series titles. "Can you believe it?"

The rest of these don't need captions. Good night. 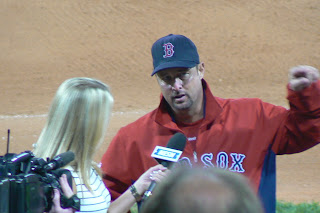 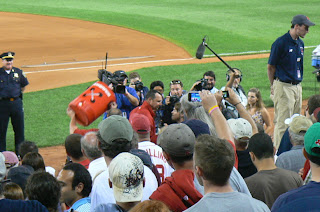 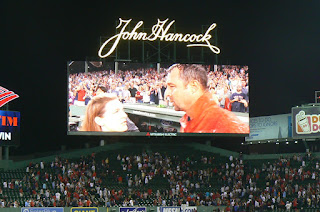 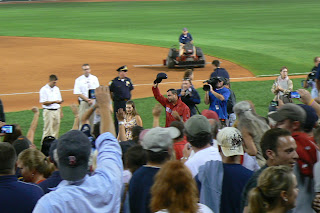