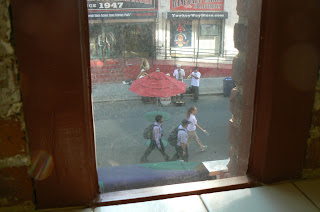 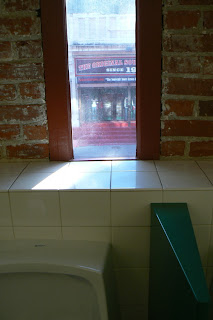 The bathroom! I was finally able to get this shot, as I got into the park right at gates opening and I knew nobody was in there yet. Still, I took the shots quick and got the hell outta there. 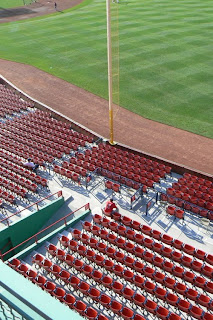 I had a ticket for "upstairs," so I figured this would be the key to getting around the "dugout to dugout" limitation. It kinda worked. But it's a boring story, let's move on. 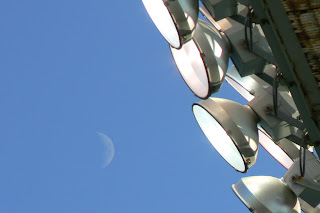 The moon and the light tower. 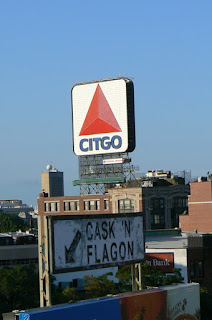 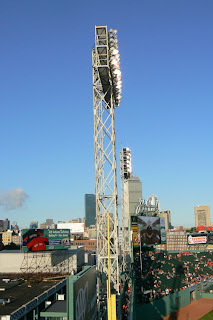 Looking down at the Monster Seats. 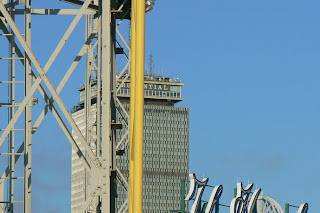 Was trying to get the Fisk Pole to somehow replace the antenna of the Pru but obviously that's not possible. Still, it's, like, in the middle. Of the building. 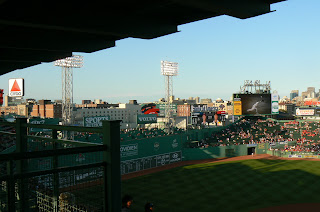 Finally I grabbed a spot on the 3rd base side. It was only 70 at game time, and with the wind in our faces, it wasn't summer at all. Glad I had my hooded sweatshirt. 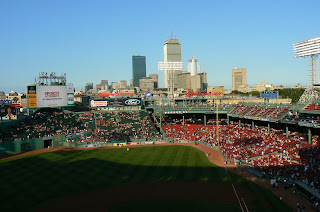 More of the view. 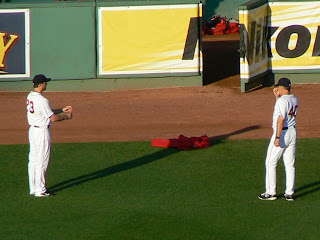 It was Erik Bedard's first Red Sox start. I was pretty encouraged with what I saw in the 5 innings he threw. 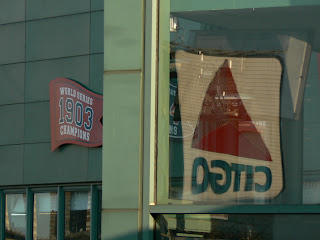 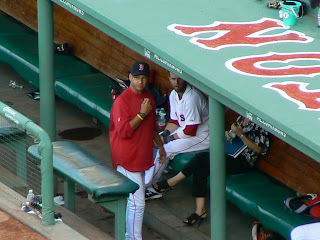 Tito and his pal Dustin. 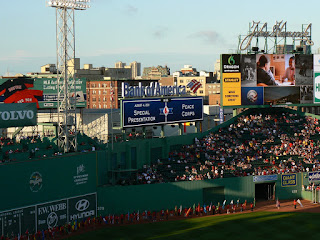 It was Peace Corps Night. Good to see them do this since they always do military stuff. Both my parents were in the Peace Corps, but I couldn't find either of their countries' flags. 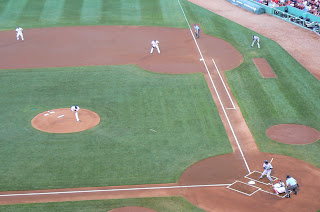 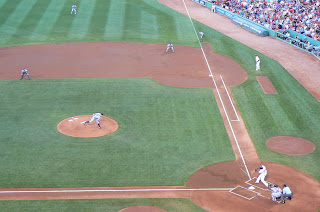 Ortiz connects vs. Masterson. Justin continues to be awesome and we continue to shouldn't have traded him. 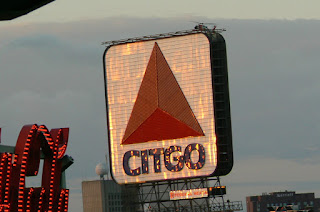 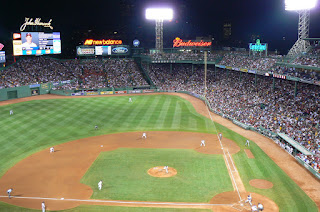 Night. That's it. We lost. I went down low for the 9th but didn't really get any good shots. And the damn Yanks won, so we're tied going into our series with them.

One more thing. I grabbed this vid from NESN the other night. For their teaser for Yankee highlights, they opted to show 13 seconds of video. All 13 of those seconds featured Jeter. It does make sense, though--he was the only player in the game.

FYI. Sox held a Peace Corps tribute because this year is the 50th anniversary of the Peace Corps.