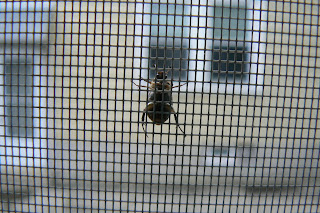 Got some non-Kyle Weiland shots from that July 10th game, but first, enlarge this one of some kind of beetle on our kitchen window screen. (Oh, and Kelly O'Connor's photos from this game are now up on her site.) 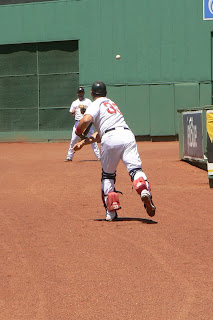 Most of these are Tek. I went to the front row in the RF corner to get shots of Weiland, and ended up with Tek practically in my lap, repeatedly saving my life from Salty's throws. It's pretty scary but you have to trust your captain. 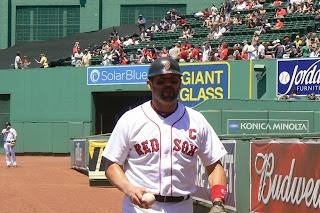 Here he is walking closer to me for longer tossing. My shoulder hurts when I picture my Little League field--these guys can throw 200 feet effortlessly. 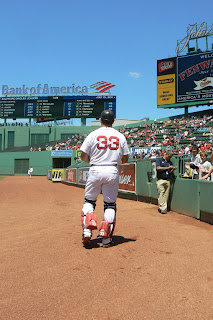 It kills me when people ask him for the ball at this moment. Actually, it's not as much "asking" as it is "telling" him that they've got a little kid and that Tek, instead of getting his throwing in, should be giving the ball to them instead. At the very least, ask the player if you could have the ball when he's done with it, but bothering players while they're working is just rude. 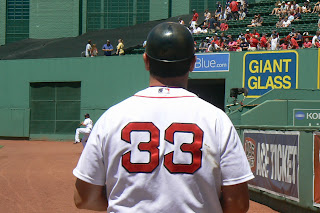 You can see Salty way back there. On this same day, my mom got a dog and named it Saltalamacchia, Salty for short of course. 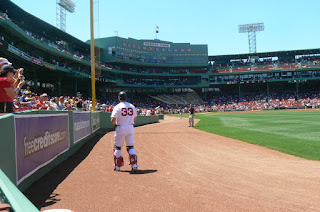 I'm in the same seat, Tek has moved to my left. We'll go caption-less on these next few, eh? 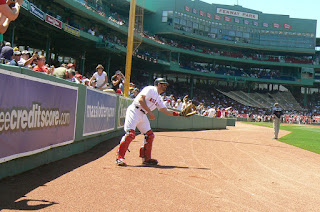 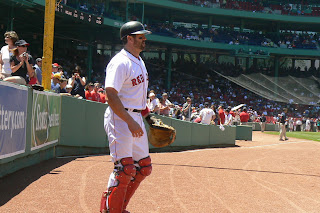 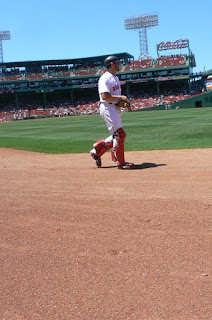 So yeah, there's your Tek gallery. 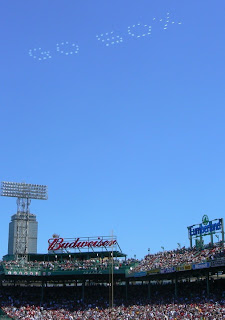 This was an ad in the sky but I've made it so it isn't. 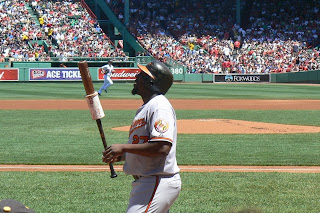 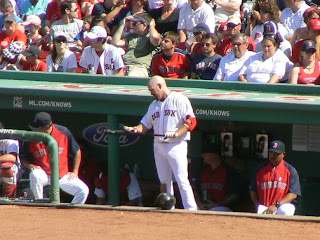 And Youk in the dugout.

Idiotic new rules update: Fenway's still not allowing us to go out beyond the dugouts from 2 through 1.5 hours before the game. It's so stupid. No one knows about it. So you stand there waiting, only to have a steady stream of people attempt to walk by you only to be told they have to stop there. Then they become a waiter and get to make fun of the next people to try and walk past. Meanwhile, some people sneak by, and you feel like a bigger idiot for still standing there, obeying the unnecessary rules. At one point, I watched two people go right by as the usher looked the other way. Minutes later, the same usher then started yelling at a different usher for looking at his phone and therefore missing people go by him. I wanted to tell the guy that he too was guilty of letting people go due to his not paying attention to the one thing he's supposed to be doing. And through it all, I'm standing there like a jackass among the logjam of people when I should be out in the outfield getting home run balls.

Comments:
Thanks for the link!

After asking seemingly everyone in the park about the delayed opening ("It's to bring us in line with the rest of the American League." "NO IT ISN'T!" "Well, that's what we were told to say") I asked Larry Lucchino at an event, who confirmed what I thought--it's a cost savings issue. I didn't have a lot of time but tried to explain that the one thing we always had was the PARK, and that the confusion and the crowding and the folks being paid to say "No, you can't go there" are all bad for the brand. If you haven't written him, I urge you to--I don't think he gets it, but he does read his mail, and I think hearing it from fans is the only way he'll understand. (Sundays it really drives me crazy, since the only thing to do is usually to go to right field and watch the pitchers.)

Who hit the most 3 run homeruns. Email Jene or me michael@michaelatrevail.com - Fez and Jene