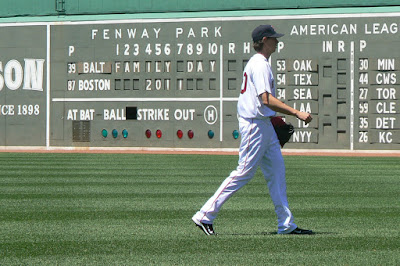 I took a hell of a lot of pictures of Kyle Weiland today, but I've narrowed it down to these. Above, KyWhy walks out from the dugout. Notice that the scoreboard people have been told he'd be wearing number 87. That would turn out to be bad info. (Unless they just took a guess or it was some inside joke.) Click each to enlarge. Then again to enlarge more. 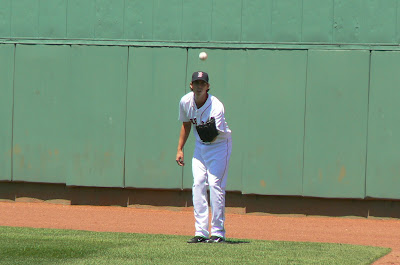 Here he is throwing in the outfield. 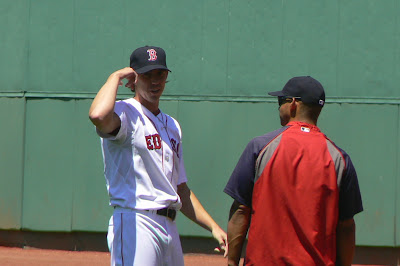 I also got some good Tek shots since I stationed myself in the spot where he always does his long tossing from. I'll post those along with other non-Weiland shots later. 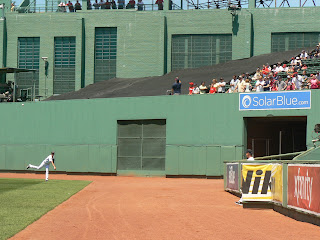 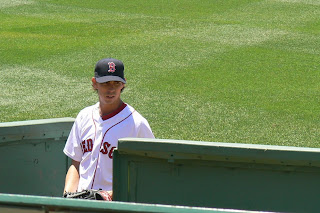 And finally he makes his way to the bullpen for his warmups. And obviously I'm now in the bleachers. 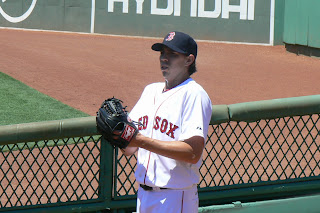 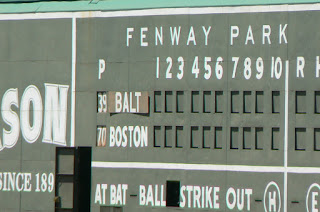 Now the board has changed his number to 70... 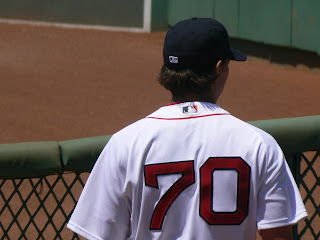 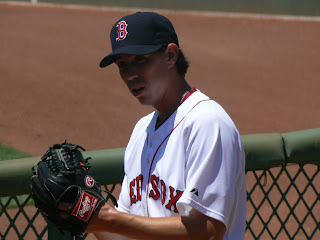 Another shot of him in the bullpen. 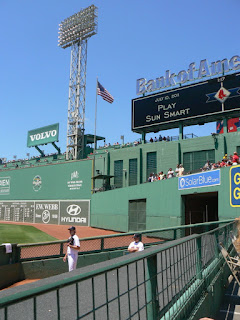 This one's got the date in it. 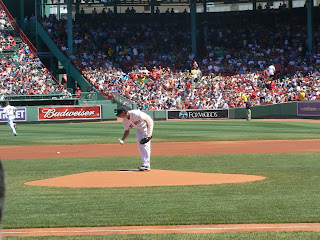 Then I took the long walk around the park and picked this spot to get shots of him on the mound. There were still plenty of empty seats as the game began. 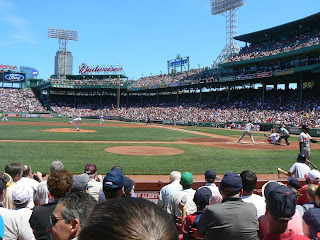 Kyle Weiland's first pitch. He had a quick and easy first inning. 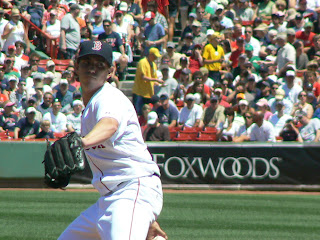 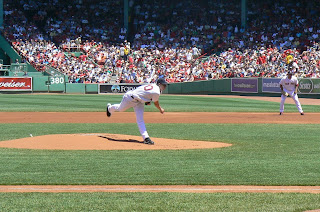 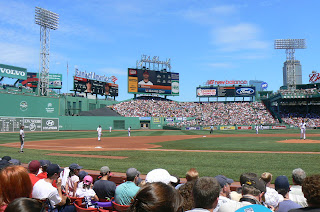 It was hot. Very hot. If you sat in uncovered seats for this whole game, nice job. I noticed Kelly O'Connor snapping away right near me and sat with her for a little bit, before finally moving to the standing room and some shade. When she posts her pics, I will link to them. 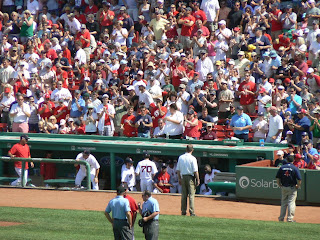 And Weiland gets ejected from his major league debut! 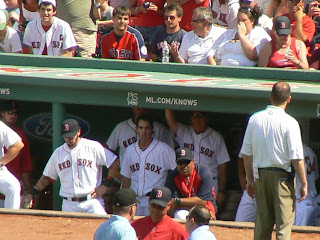 Here he is in the dugout post-ejection as Tito continues to argue. 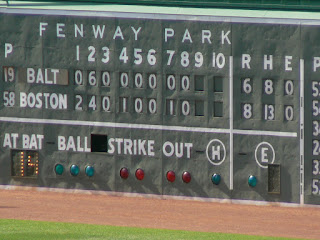 Twelve runs in the first two innings, then just two more the rest of the way. And the length of the first half of the game threatened to eff up some post-game North End plans, but it sped up, and I got to go to that one place for the first time. And it was good. You know, Mike's. Anyway, KyWhy gave up those 6 runs in the second, but one hit was a bloop, one was chopped just over his glove, and one was a grounder to Scutaro that he went for the force at second on instead of realizing that Vlad was the hitter and would have been out at first to end the inning but 89.5 feet.

But the Brigade came back for him, and Aceves was key in relief. Bard held, Pap saved, and we sweep and stay a game up at the All-Star break. For the next 4+ days, we'll be at the top of the standings now matter how many times Yankee fans glance at them hoping they'll change.