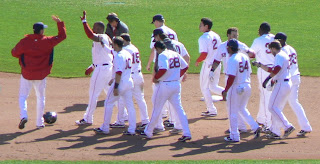 That was very nice of Scutaro to purposely not hit an easy sac fly so that Crawford could get the game-winning hit. Click these to enbig. 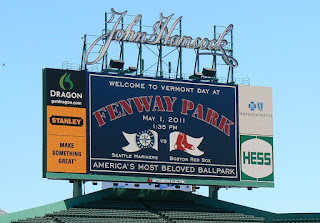 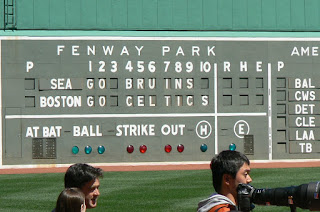 Bs and Cs getting scoreboard "love" as tweens and adults would say. 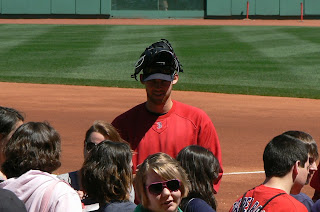 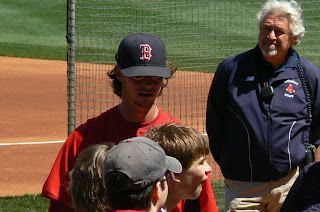 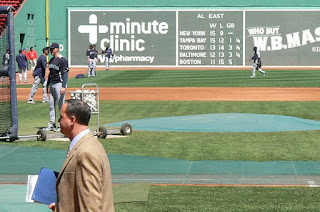 I love how Ichiro's looking at the ball in the air here. 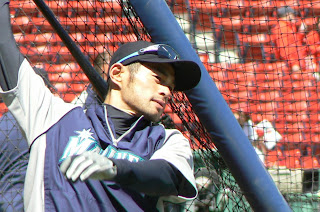 Ichiro's always fun to watch/photograph. He's also fun to watch play--one of the guys I respect the most. I know there are criticisms of the guy but he's an amazing talent. Soon he's gonna break Pete Rose's all-time hit record, and I hope people recognize the feat though it will be an unofficial-type thing.

Update on the gates-opening thing. It's basically the same--you're still stuck in the infield for that first half-hour. Since the Red Sox didn't hit at all, we didn't miss much ball-snagging time as the Ms didn't start hitting until that half-hour was almost up. Still, I haven't got a ball since my amazing (for me) 2009 season. Anyway, the one thing different is that even though we were all confined to the infield, we weren't led through one path to get there under the stands. You could enter through any doorway along Yawkey Way after getting in through one of the two open gates, A or D. 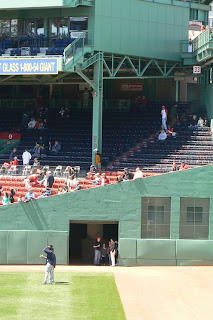 Showing how those pesky (lower-case p) poles go all the way down. 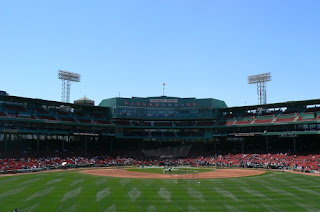 I was in section 36 for this game, in those top few $12 rows. I was right against the back wall. No one to my right, no one behind me, and a single seat to my left that remained empty the whole game. 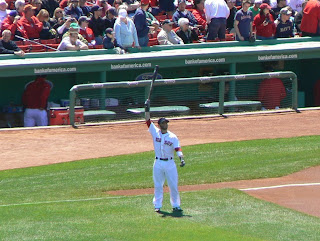 By the power of Grayskull... 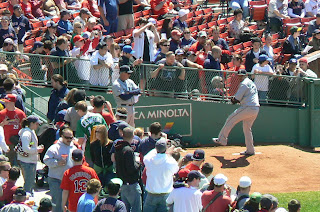 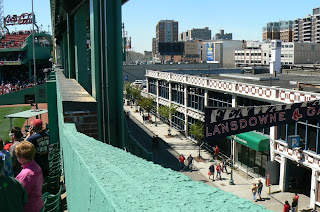 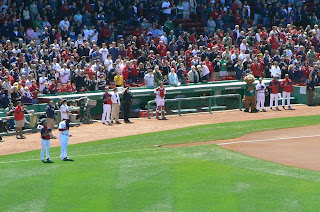 I wish I'd notice this Vermonty mascot standing next to Pedroia for the anthem, I would have gotten a close-up. I guess the Sox got a lot of sleep the night before. As you can see, none of them were really around until gametime--still mostly in the clubhouse for the anthem. 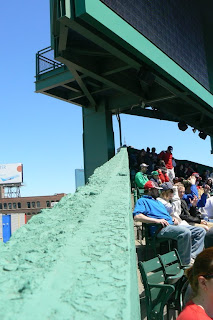 The Pru's antenna right at the top of the wall-edge. 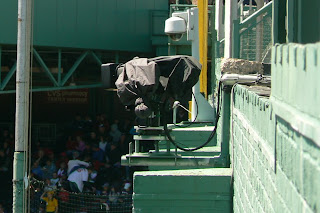 My least-favorite camera. It's cool to watch the highlights of this game on the Seattle feed after seeing the NESN one. The road teams get to use the classic camera well while we get stuck with the crappy straight-on view. With everything widescreen these days, it makes even more sense to use the off-to-the-right view. 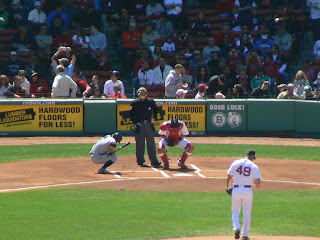 Game starting up and stuff. 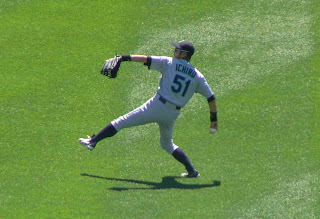 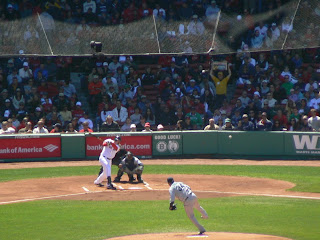 Gonzalez gets a hit. 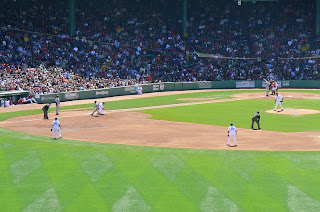 We were shifting the hell out of lots of guys. 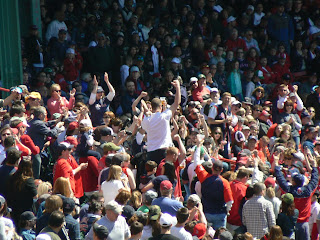 Something was happening with a woman in a wedding dress but I never figured it out. 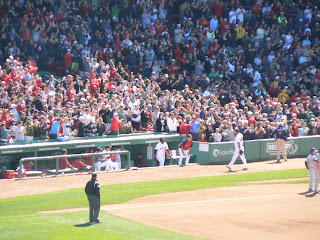 A shame Wakefield didn't add a win to his total on this day. (Also a shame I stopped shooting just before Papi hugged Wake.) 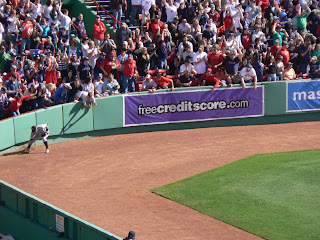 Ninth inning, nobody on, one out, fly ball to Ichiro. And he loses it in the same sun that burned me. It was weird, after a long day of focusing my camera on Ichiro, here I was shooting him as he blows the game, although we know how tough that sunfield is. Lowrie got to third on the play to set up the win. 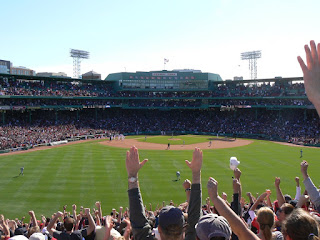 Crawford hits one up the middle, and the Red Sox win.... 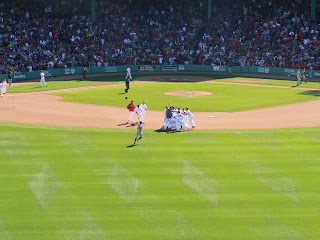 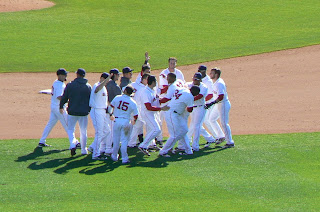 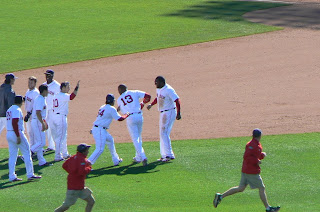 They really went nuts on Carl. 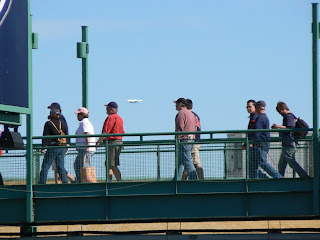 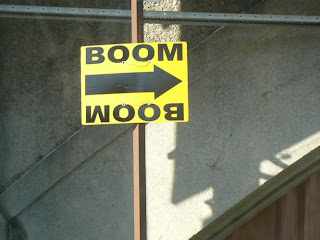 Sign I saw on my way to dinner with Kim in one of our old Somerville haunts after the game. She was selling soap in Boston while I was at the game so it worked out nicely.