From Pee-Wee's Big Adventure to Cloak & Dagger to that home video my dad shot of a Spurs-Nets game in like 1988, San Antonio has provided our culture with some memorable moments. Even though I'd never been to Texas, I always felt like an honorary son of San Anton', its Riverwalk inspiring me to criticize my own town* for not having something similar. Last month, I finally made it there. On my way from Vegas to Houston and Dallas, I slept just outside the city one night, and the next morning, I got to explore the Riverwalk/Alamo area until my parking meter expired. 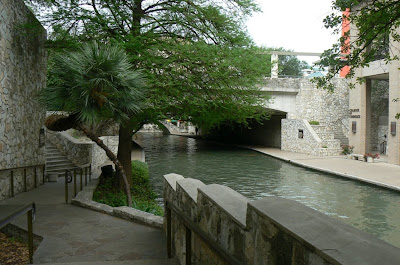 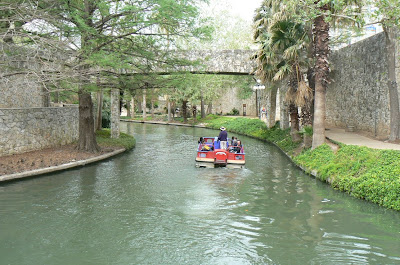 They were doing boat tours even at 10 a.m. on a weekday. This was the first perfect weather day of my trip. I was hoping to get that real Puerto Rico feel, but Vegas was windy and unseasonably cool, and all through Arizona and New Mexico it was also pretty blustery. On the way out, I drove past snow in Arizona. And in west Texas on the day I'd eventually reach San Antonio, it was downright cold. But when I got to S.A., I was greeted with palms and non-desert-style warmth. In other words, it was an all-"light jacket" trip until then. 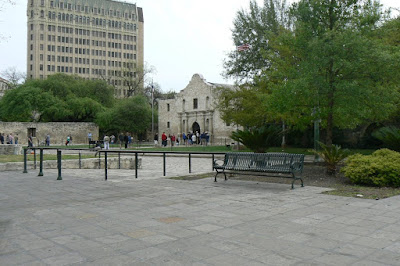 The Alamo, right near where the above shots were taken. Didn't actually go in. 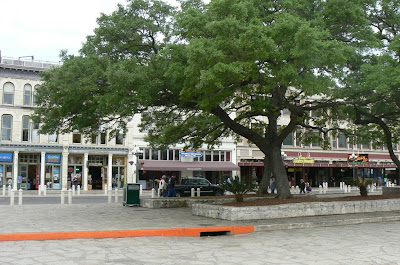 Another from my series: "across the street from famous places." (Note: This may be the first in the series, I don't really remember if I've done this before.) 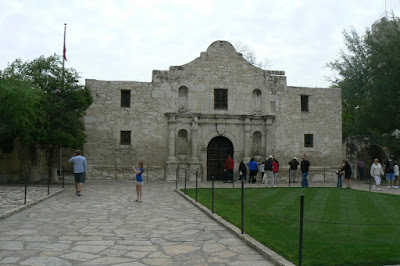 People taking pictures of the Alamo. 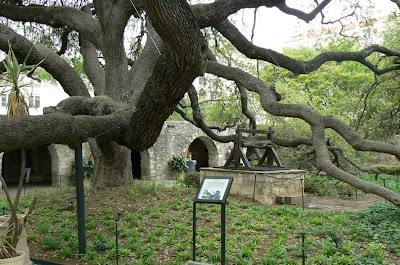 What I never knew about the Alamo is that it has "grounds" all around it that anyone can go to. I figured it was just that tiny building. (And a younger me thought it was just the front wall, like a Hollywood "old west" cardboard backdrop.) Here's an awesome tree. 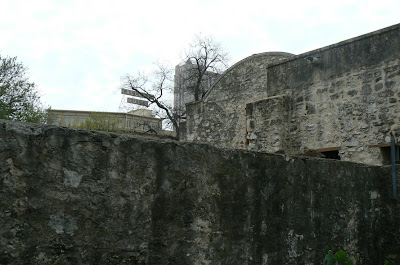 The Crockett Hotel behind the Alamo. 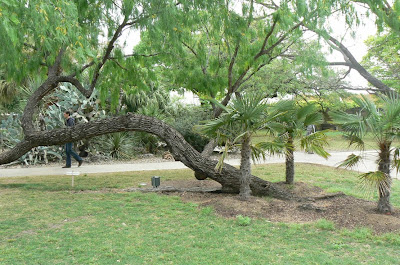 More palms/cacti on the other side of the 'mo. 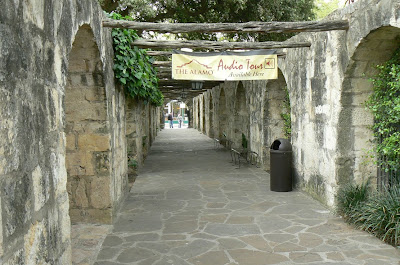 This also gave me that "old city" Puerto Rico feel I was looking for.

So that's pretty much all I saw of San Antonio--I'd love to spend some actual time there one day. From there it was on to Houston and Arlington for two Sox games. 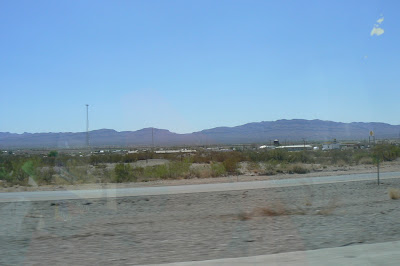 ...where Andy crossed! You know what I'm talkin' about.


*Where I live now, Providence, actually does have a riverwalk-type thing. Maybe that's why I love WaterFire so much. But I was always pissed at Danbury for hiding its river under the city. I used to call it the "Red-Headed Stepchild River." It was like they went out of their way to make sure nobody knew a river went right through the main part of town. You had to go to certain spots on foot to get a glimpse of it down below the street.

Comments:
I know some fool's gonna come 'round here and be all "it's not S.A., it's ese"--but that fool has missed the San Antonio/S.A. double meaning.