A Place For Family Fun 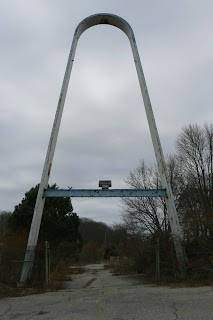 The entrance thing. Can be seen in the back of this shot from 1990. 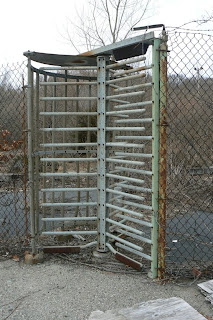 And here's the turnstile right next to it. 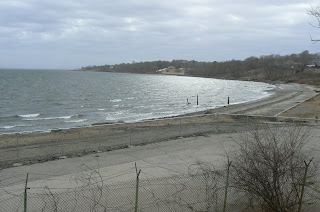 All the land around the park is closed off, but they're supposedly going to be making it into some kind of public nature thing soon. Check out the sweet beach that's been going to waste. (Actually it probably loves not dealing with potato chip wrappers and diapers.) It was nearly 60 degrees today--but on the water, not so much at all. 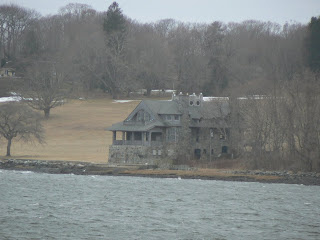 Along that beach I noticed this crazy house. Turns out it's the boathouse for the Aldrich Mansion, which appeared in Meet Joe Black--which I only care about since my friend was in that scene! 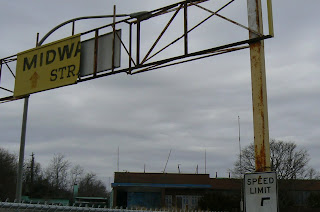 But getting back to the park--I'm guessing this sign said "Midway [& Something] Straight Ahead." 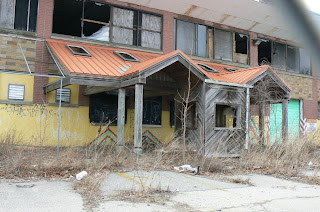 Rocky Point seemed to be very proud of this dinner hall. Check out the movie about the park, You Must Be This Tall. 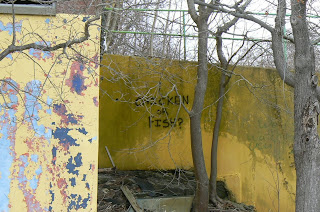 Had to take a shot of this. 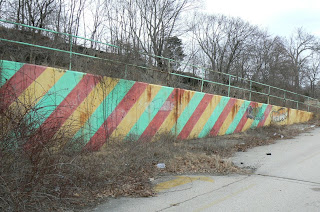 Striped wall at the dinner hall. 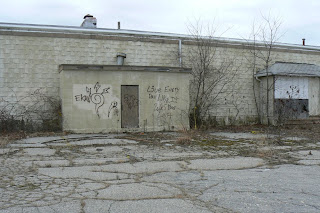 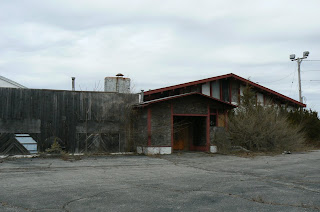 Windjammer. That sign is one of the few remaining the way it was, in tact and on a structure--it's behind those bushes which have been liberated from their former state of trimmery. Tobias can vouch for this, as he went through the bushes and tried to tear the letters off. 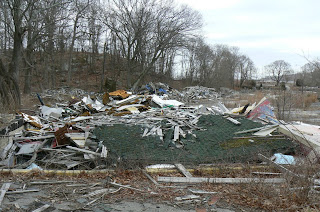 Okay, I admit this is not as exciting as Lincoln Park because all the rides and things are now piles of rubble. They stood for a while as you can see on the sites I'm linking to, but a few years ago they actually demolished most of the structures. A lot of the big rides exist now in other amusement parks. 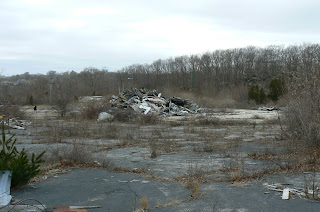 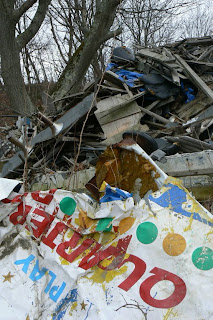 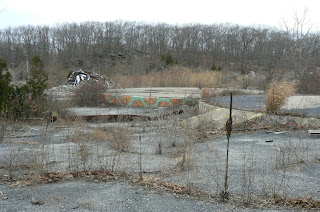 More piles. The orange circles can be seen in this 1990 shot. 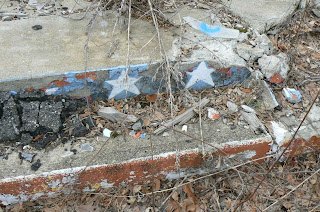 This was the bottom of the carousel. You can see this stars and stripes theme in this old shot. 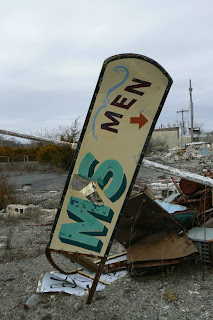 Bathrooms. You really can go anywhere at this point. 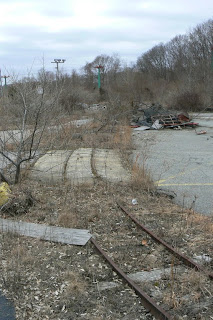 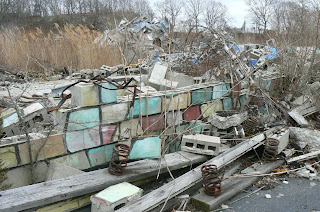 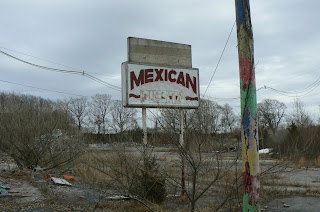 And what a party it was. 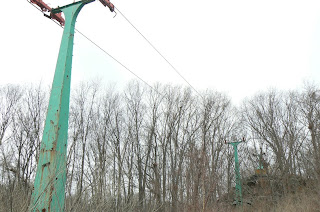 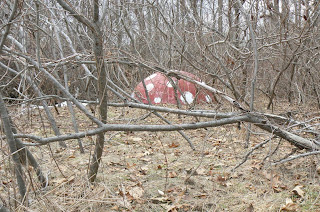 This mushroom can be seen in the background of this old pic and this one. 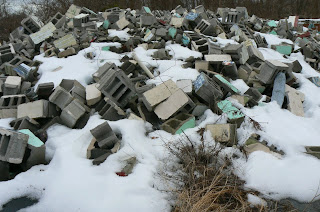 We just reached the point where our massive amounts of snow have fully melted around here--except on certain rubble piles. 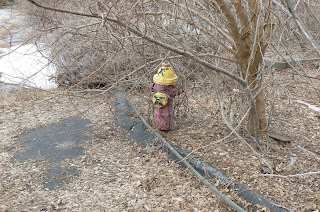 Such a fire hazard, good thing this guy's keeping watch. 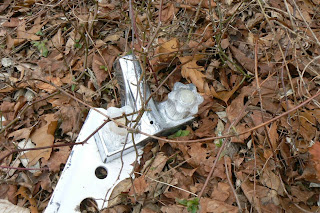 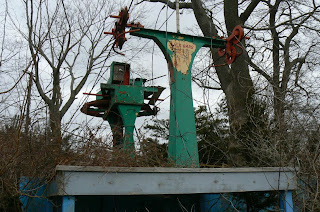 The base of that ski lift. 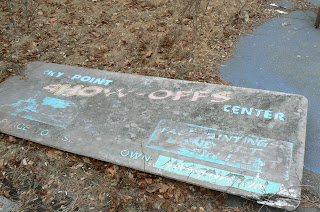 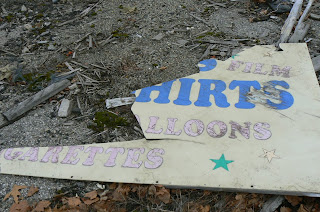 Here's what's left of the gift shop sign. The same sign from back when it was alive can be seen here. 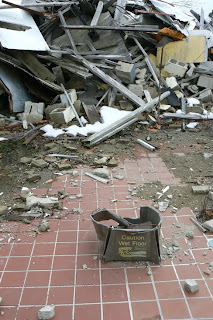 It's like one day they were washing the floors, and then next day everything was in ruins. This is the Pompeii shot I guess.

Here's the main page to a site I've linked a few times above. Look around. It comes with a song!

Comments:
It's amazing to me how quickly buildings and things deteriorate. I realize they've torn down most of the rides and that it has been subjected to plenty of vandalism, but I still find it shocking to see signs and foundations so... crusty. Maybe, I'm just having a hard time accepting the fact that 1990 was 21 years ago?
Side note on deterioration: Did you ever see the show called, "Life After People" on the History Channel? It was kind of cool. These pictures remind me of it.

Have not heard of Life After People but it sounds right up my alley!