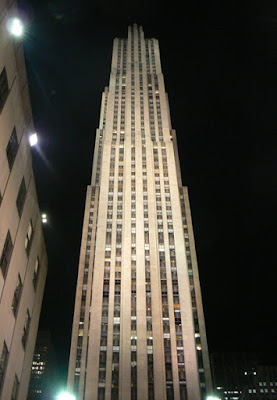 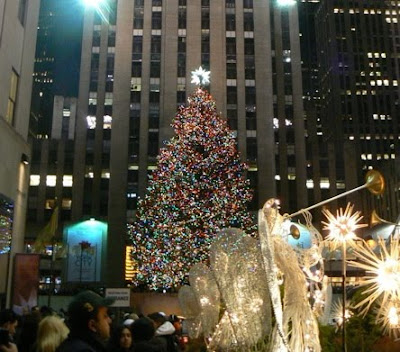 Went to NYC on Thurs-Sat to visit Chan and do some Eckersleysmas shopping. Above, "the tree," with the GE building rising high above. Looking through one of the restaurants at the skaters at the Rock Center rink. 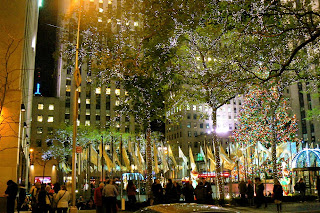 This was the exact moment I got into the Choliday spirit (it's hard when there's no snow in sight). I also realized this is probably the only spot where you can get the tree and the Empire State Building (blue spire, left) in the same shot. I'm not sure I knew that was possible. 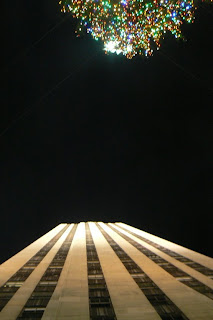 Between GE and the tree. 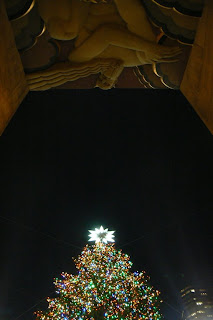 From inside doorway of 30 Rock. 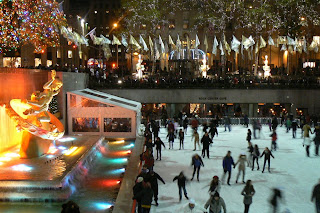 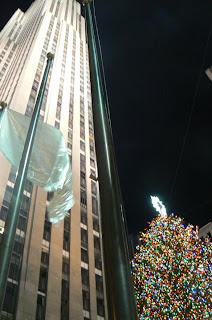 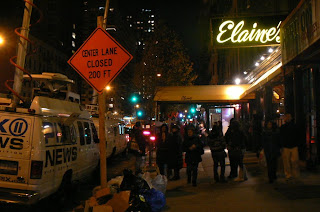 Elaine of Elaine's died. And Chan lives right near there. Funny this should happen while I was there, since I always see celebs in NYC, and Elaine's is known for its celebs. Therefore, you know some of them would show up upon hearing of Elaine's death. So Friday night, I kept tabs on who was there--Governor Patterson and Alec Baldwin were the two biggies. So I kept going over there while Chan laughed at me and stayed in his warm apartment. Besides channel 11's Mary Murphy and the channel 4 reporter whose segment I just missed walking behind, the only possible famous person I saw was the guy in the video below. But I can't think of where I know him from! I know he's on TV for something. Can anyone help?

He's being interviewed so I know he's somebody. Anyway, yes, I know that per that Billy Joel song it's not cool to be bragging about people you saw at Elaine's, but I don't play by Joel's rules! 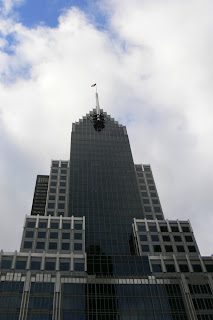 I think I may have mentioned this building before. I think it looks really cool. But in a city like NYC, even a cool skyscraper can get lost in the shough. I hereby christen this building "Underrated Tower."

Did some shopping for the nieces/neffs at FAO among other places. Take a look at this. The "big piano"--get it? It's big but it's also...forget it--has become so sterilized. Instead of sharing a spontaneous moment with your child-like employee, now you stand in line, wait for your group to be released onto the keyboard, get your picture taken, and move along:

That's it. Except for this picture of Long Island Sound from Old Saybrook, where I stopped to eat a bagel: 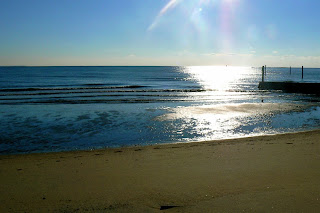