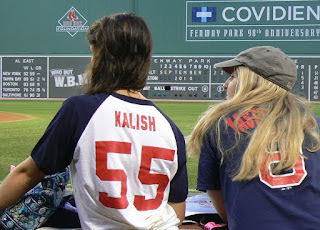 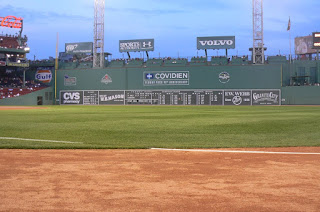 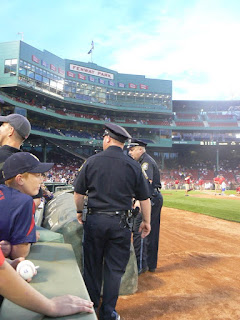 Cops on the field. 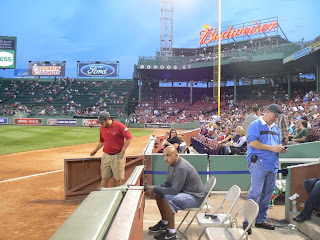 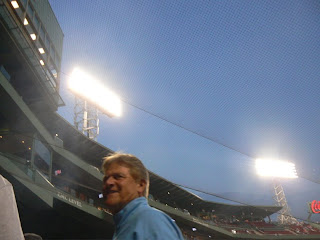 As I approached Drinkwater in the aisle, I tried to take a clandestine shot. I can't believe it came out this good! 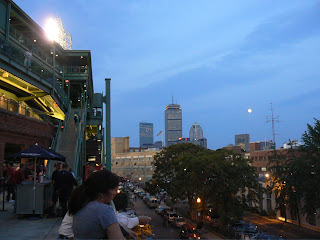 Great moonrise over Boston that night. And beautiful weather. High was almost 90 I think. 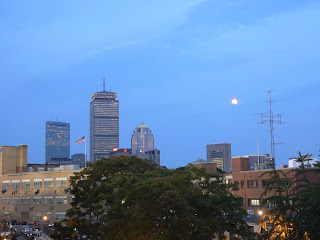 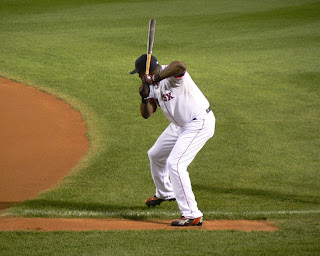 Papi batting in the outfield. 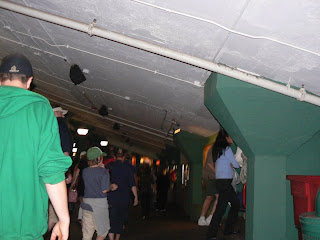 Underneath, first base side. 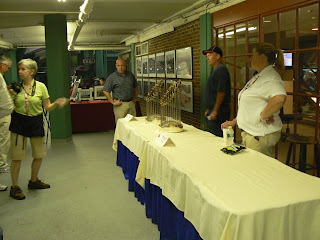 The trophies were on hand. 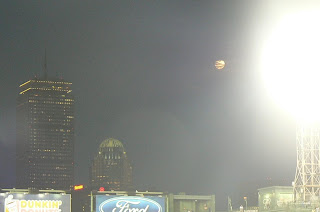 In scary scenes in cartoons, the moon always has a few lines of clouds going right in front of it. What are the odds?? Happened on this night, though. 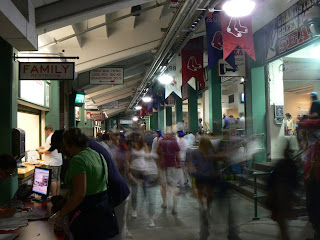 Underneath, third base side. 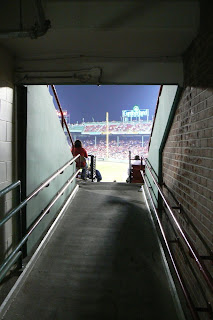 Pesky Pole from far away. 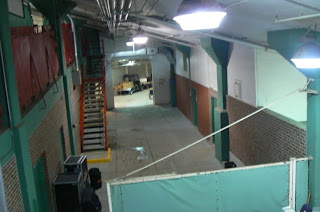 Go onto the new stairway inside Gate A, and look left, and you can see down here, where fans are forbidden. 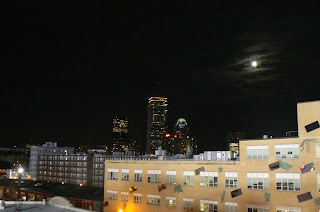 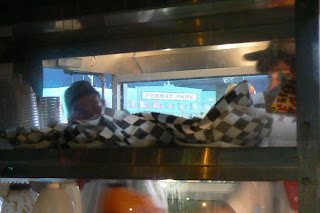 Can you guess where this shot was taken from? 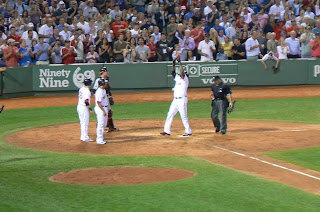 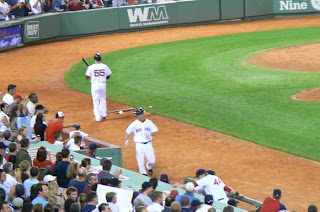 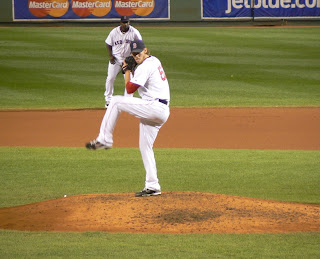 Bard on the mound. 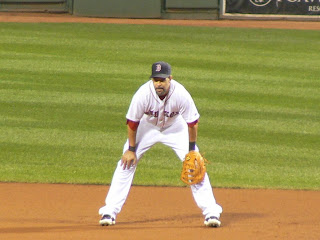 Getting toward the end for Mikey Lowell. Saturday, October 2nd is "Thanks, Mike Night." 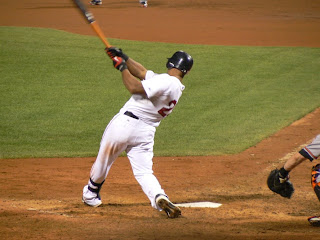 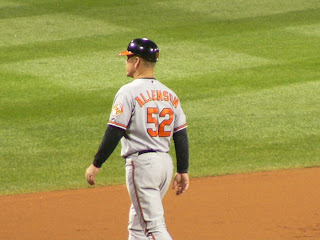 Former Sox catcher and favorite of my mom, Gary Allenson. 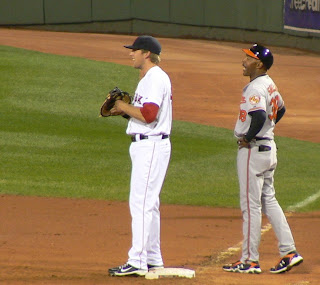 Lars Anderson and John "I played in Jere's day so I'm obviously not the only guy with this nickname" Shelby. 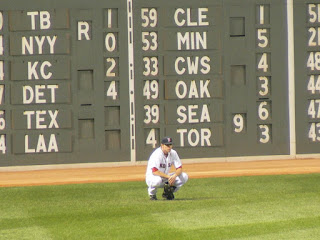 Puce Penis in front of the scoreboard. 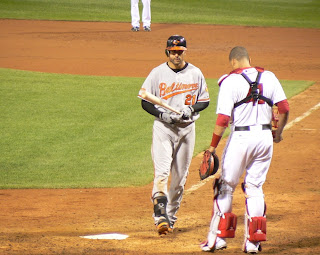 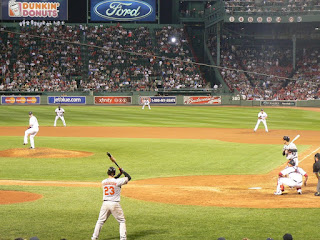 Papelbon pitching to my boy. 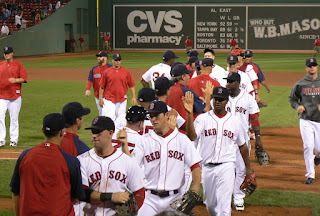 And the Red Sox win. 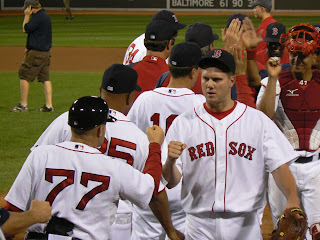 Pap in front, Papi and Cameron clownin' in the back. 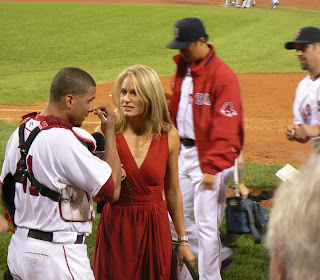 Victor and Watney. I was hoping they'd do the rookie hazing thing that night, but since the road trip doesn't start until Friday, they all just drove home. In normal clothes. As far as I know.