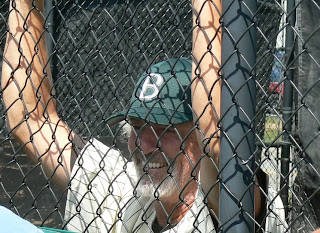 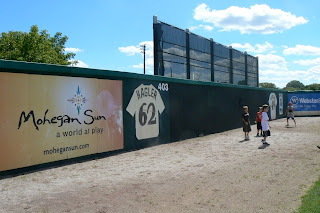 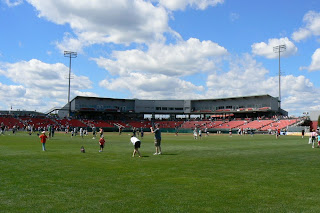 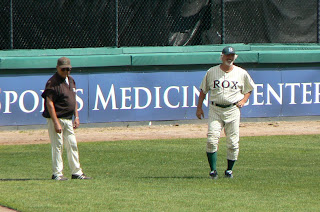 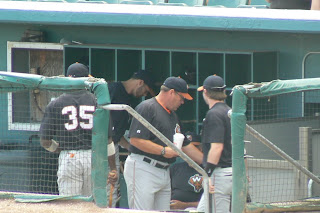 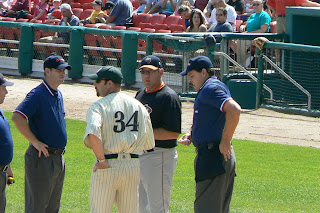 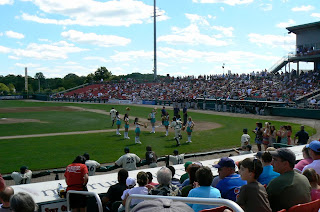 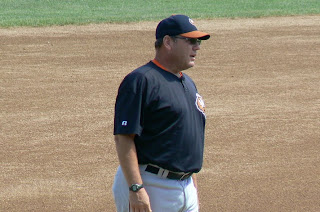 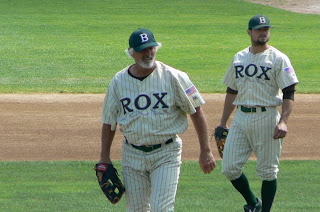 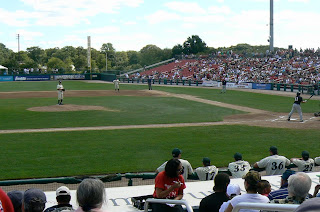 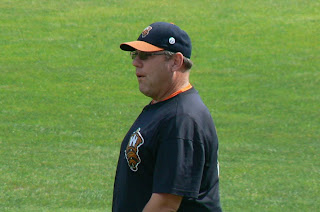 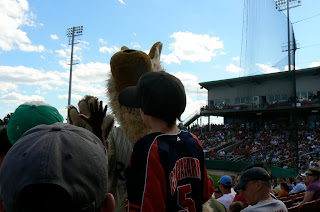 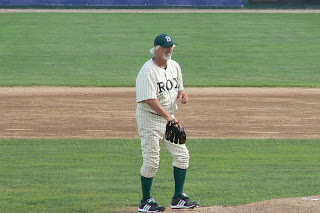 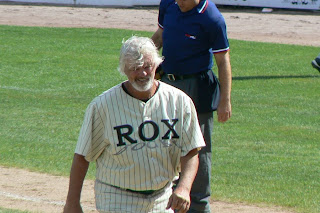 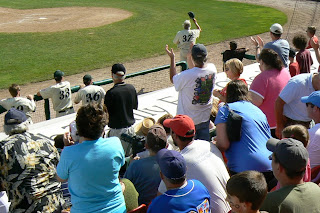 Comments:
Oh and Rick Asadoorian came in to pitch for the Tornadoes at the end. Crazy that he's still around. Then again, BILL LEE pitched in the same game so maybe it's not so unbelievable....

Great pics, Jere. I'll be putting up a post today about the Spaceman and I'll link this post to it. I can only think that Geddy wore a "22" pin for Clemens, although he wore 21 with the Sox...

Thanks. Could that really be? I know they were friends and stuff but...a pin? Really? I feel like if that really was it, Lee woulda gone over there and pulled it right off, haha.

What a fantastic story and experience. I adore the Spaceman! And I love minor league ball. Of course it's all I have most of the time, but still, the atmosphere and coziness of it are great.
And then, every so often a chance like this pops up and it's even cooler - seeing the ML caliber players, and the occasional legend, in that kind of setting. Much like me getting to see Dice last year at Ernie Shore field. 8 seats in the row directly behind his dugout, within arm's reach of the steps to the field, for less than $75. That's about 1 decent outfield seat in a ML park.

Well maybe 2 at Fenway including fees. But I get your point.

Can Theo sign Lee to start on October 3 against the MFY?

I used to go to a lot of Can-Am games. One of the most memorable baseball games I've ever been to was a Brockton Rox/Nashua Pride game in New Hampshire. The park was tiny, but beautiful.

The noise and ballyhoo doesn't really bother me.

Glad you guys had a good time. I didn't know they were still playing this late.