My mom sprang for the good seats before the season for this game--we picked a good one. 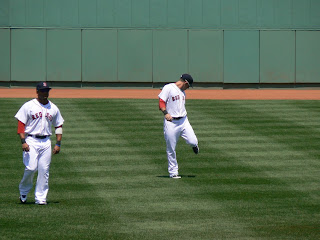 My first look at Ryan "I Could or Could Not Eat Leafy Greens" Kalish in the majors. Got a little Pawtucket left on your shoe, kid. 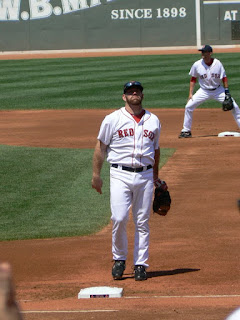 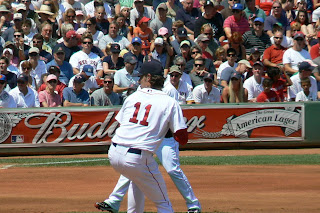 Buchholz with Beltre growing out of him. 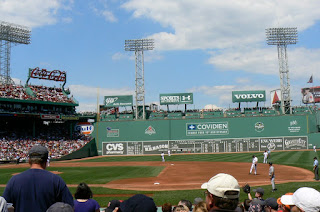 Beautiful day--we were in the first row of the loge (As you can tell by the heads in these shots! Which I'm not cropping out of laziness!), on the sun/shade line. 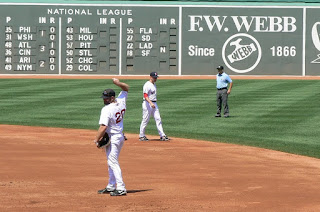 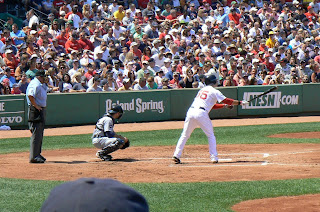 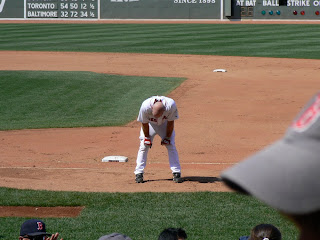 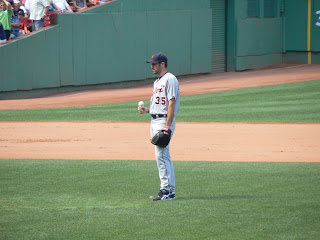 Verlander with one scoop of baseball. 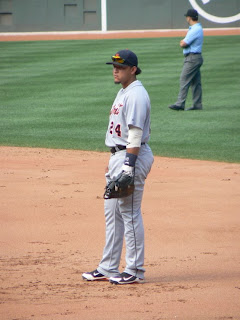 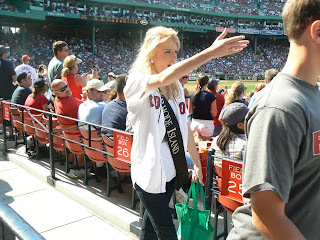 Last Wednesday, at PPAC in Providence for that award show where Kim got her thing, Miss Rhode Island sat right in front of us. Incredibly, the previous year's Miss Rhode Island then walks right by us at Fenway four days later. "Rhode Island--they're never in contention!" 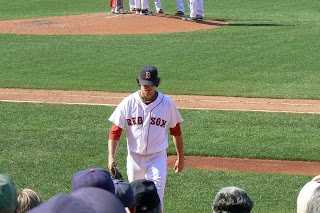 Clay comes out in the ninth. He had thrown 8 shutout innings, but Pap blew the save. We won in the bottom of the ninth on an error on a sac bunt. My video of the ending--I'm using somewhere else. Details later. So instead of celebrations, you get... 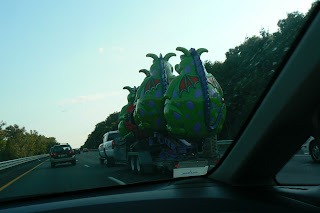 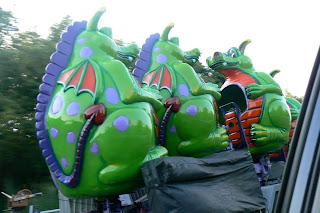 The dragon ride that we passed on the highway on the way home.