Don't Need To Be McCoy, McRoy 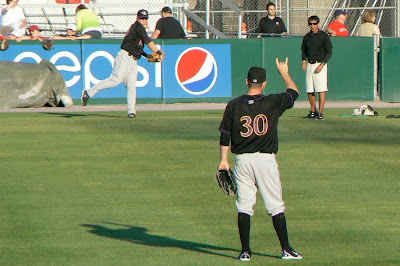 If only this guy's number had been 66. So every year I buy tickets for "Red Sox Legends Night" at McCoy Stadium. You usually get two old Sox who hang around these parts anyway. They're not getting Yaz at this thing. But the night always gets the shaft, often left off of promo schedules, so I always have to wait and see who it's gonna be. This year, they announced it would be pitcher Ken Ryan and...Joe Morgan! Not that Joe Morgan, the one with the Magic. I was psyched since I was 12 in the summer of '88 and it was one of my favorite summers. That's all-time, folks. And M's M made it that much sweeter. I was at Fenway for his first games--the doubleheader to start the second half. 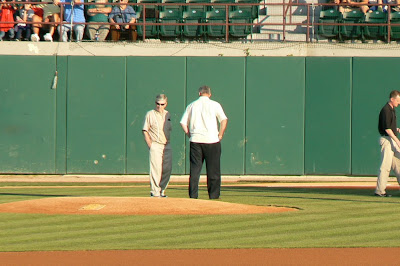 And there's Joe. They didn't throw out the first ball--they just came out, stood, and then went to sign autographs at the special spot. 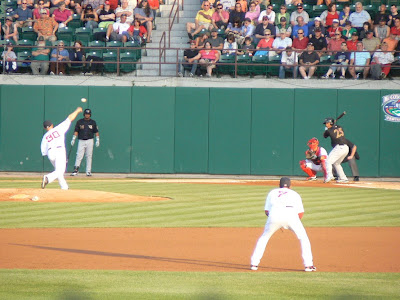 This was our first time sitting on the berm in left field. Great view in front; loud, annoying teenage girls all around. Michael Bowden, aka the guy I don't think can go anywhere what with that short-arming motion, pitched for the Triple-A us. 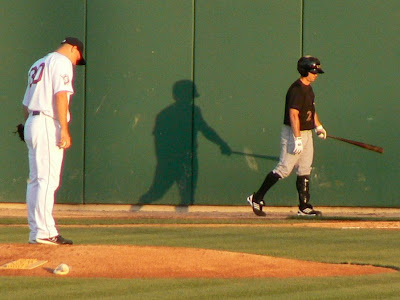 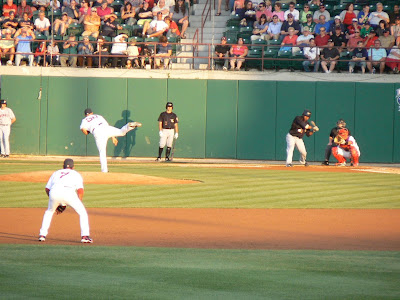 And now Bowden's kicking the friend. Are you clicking to enlarge these? Terrible/awesome job. 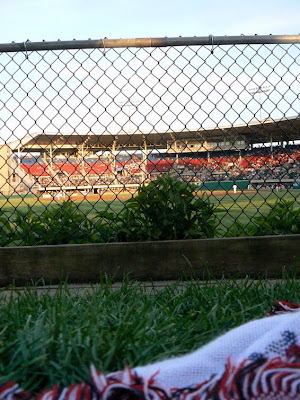 The view from the berm-ese python, snake-in-the-grass style. I guess Paw, which is really pronounced Puh, won the game, 2-0. But we had to leave early. Kim wasn't about to miss any of Game 6. 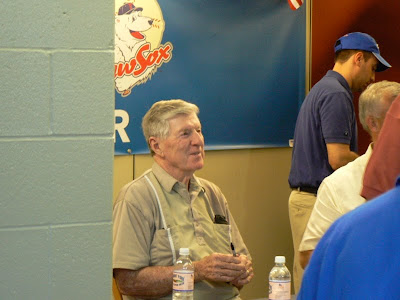 But first I stopped over at Joe's spot to get a pic. Great to see him getting his own, albeit shared, day.

The PawSox do a good job of promoting and stuff, sending out e-mails--but they always screw up said e-mails. The one they sent that day said that "former PawSox and Red Sox manager" would be there. They forgot to say his name! Then they sent out a "hope you enjoyed the game" e-mail--what is this, business school? Anyway, they included the final score: "PawSox , Bats 60." A follow-up e-mail changed the 6 to a 2. And put it in the right place. They're also not huge on the whole grammar/punctuation/English thing but they're trying.

The Big Club goes for the sweep against the Boy Cots tonight.