[Note: when I do a "retro gallery," it refers to photos I never got around to posting at the time (or photos from before I started the blog in 2004). In other words, this isn't a rerun!] 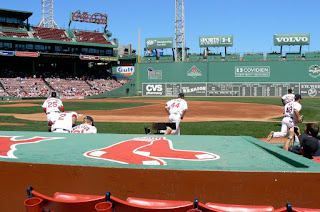 August 8th was a beautiful day. And sweet seats as you can see. Above, the Portland SeaDogs take the field in game one. 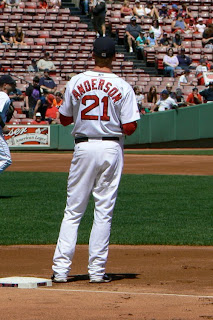 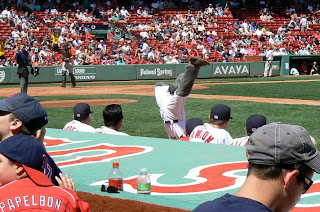 That SeaDog cartwheeling past. 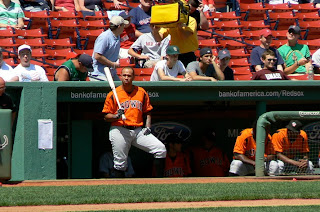 A Bowie dude. The crowd is riveted! 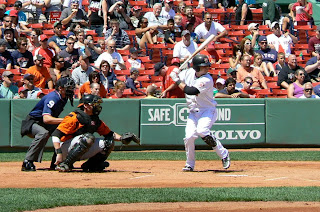 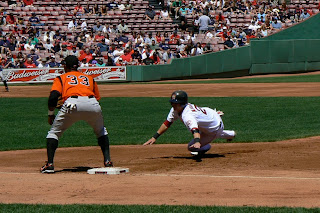 Khoury dives back to first. 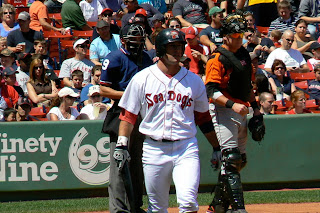 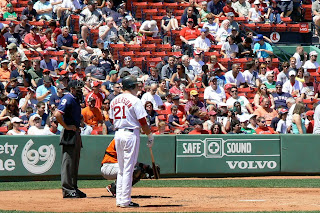 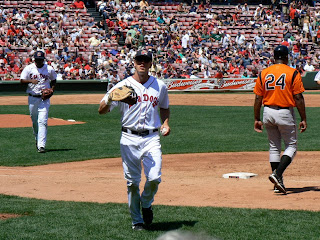 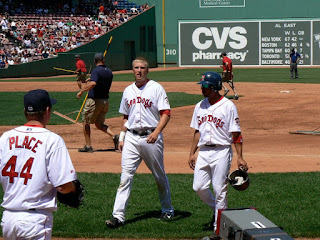 And check out the outdated logo! 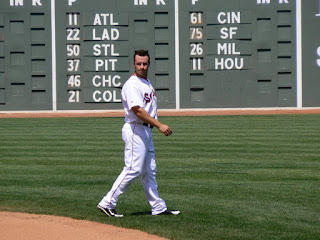 I forgot who this guy is but doesn't it look like he's wearing little kitty cat ears? 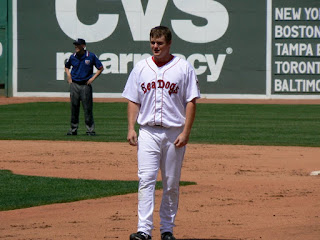 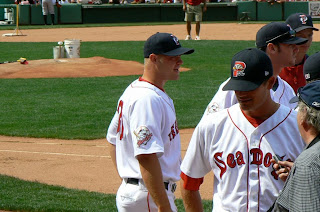 It was a great moment when the Paw Sox players walked in for game two and they all started hugging their Portland pals they left behind. Here's short-armer Michael Bowden. 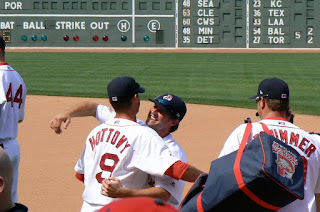 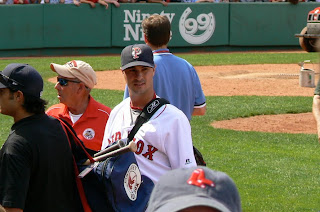 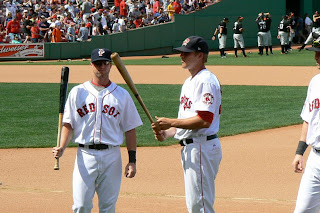 This dude and Anderson. 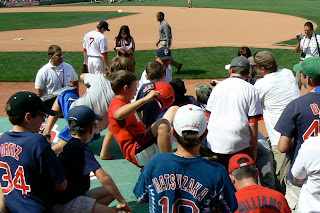 Kids going nuts, illegally crawling all over the dugout roof to get Bowden's 'graph. 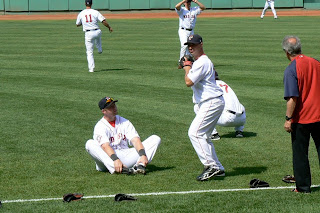 Natale gets ready for game two. 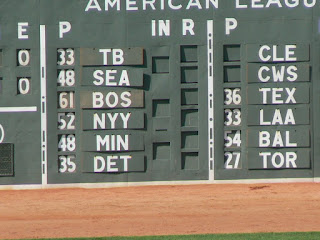 Now my mom and I have started walking around upstairs. Check it out--the BOS on the out-of-town AL scoreboard, not a spot it's familiar with, since it's always on the main board. 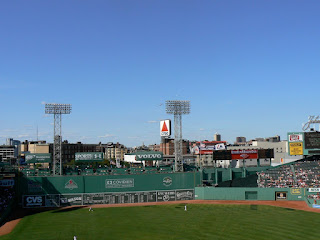 Blue skies over Fenway. And a helicopter over the Citgo sign. 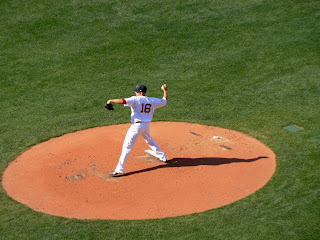 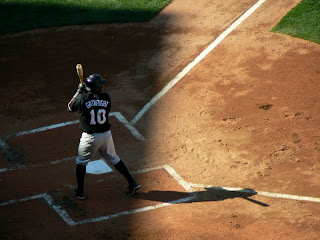 Joey Gathright, who the Red Sox would get later in the season. (He filled the "who's this, now?" role in September.) 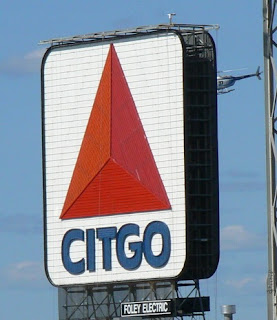 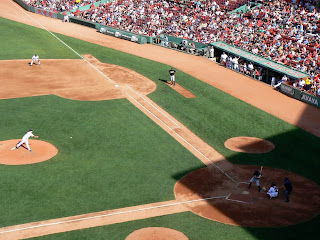 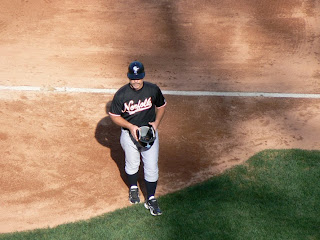 We were psyched to see Gary Allenson. 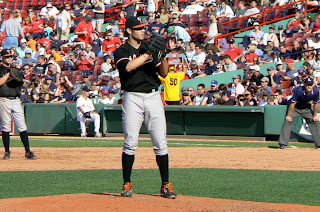 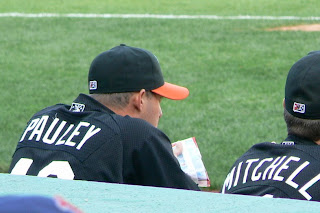 Okay, so I almost caught a foul ball that day. I was prepared, in foul ball territory, to make a jumping catch. I brought my glove, and I kept envisioning a ball just over my head, and leaping for it. Then, it happened. The ball looked huge, and I thought, Oh my god, I really have a shot at this. It was over my head, but I took a shot. I jumped, and it tipped off my glove. Next thing I know, my friend Ilene who had joined us in our row that inning, is looking back and whispering in my ear how some girl behind us is crying. I don't know what happened. I refused to turn around. Not only was I embarrassed that I juuuust missed the ball, I knew I altered its path and therefore the universe, and the ball hit that girl. It wasn't a major injury, it was a blooper, not a line drive, it probably just scared her. But still, I couldn't turn around. You know, maybe she was just crying because her friend go the ball--but no matter what happened, it was my fault! Maybe. I should have had that ball, though. I looked down and realized the problem was that the seat in front of me was right there at my shins. You can't bend your knees to jump in that situation. Had there been more room in front of me, I easily make the leaping catch. But it wasn't to be. And the girl was totally fine. She cried for like two seconds. If she was actually hurt I would have apologized, even though I really didn't do anything wrong. In fact, without me tipping the thing, it might have whacked her harder. So, let's just say I saved her life.