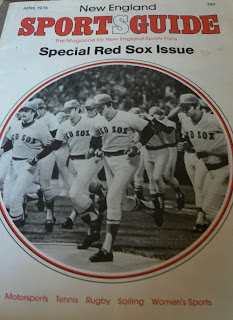 I got this thing a few years ago at Brimfield. A magazine covering every sport you couldn't possibly care about. This is the April 1976 Red Sox Issue. Click each pic for BIG. 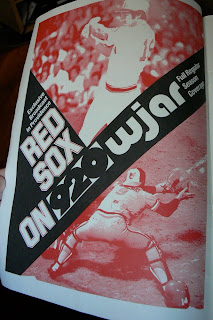 The sponsors consisted mainly of local radio stations. Check out this Providence one that went all two-color on our asses. (And why crop that bottom pic so that only Orioles catcher Dave Duncan is visible?) 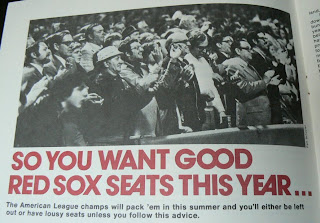 There's a long article with tips on how to get tickets. A lot of it is still relevant today. 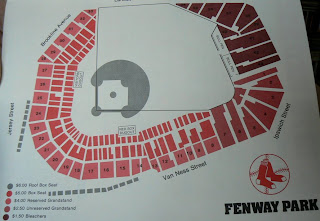 Love the old seating chart. Tom Yawkey wouldn't die for a few more months, so Yawkey Way is still Jersey Street. (The "Jersey" had yet to be "retired." That's my favorite Fenway Park joke, and I still feel I rule for coming up with it. Thanks.) 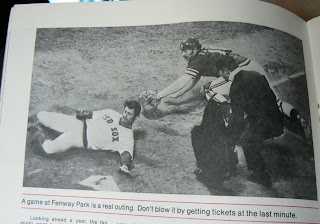 Back to that ticket article. The last line rings true in 2010: "Tickets may be hard to come by this year, you may not sit where you would like, the parking may be worse and the traffic ferocious, but look at it this way--you could be living in Atlanta." They also note that tickets have gone up 25 cents across the board for the second straight year, that they probably will again in '77, and "what lies beyond is only a mystery." Thirty-five years later, those 5-dollar box seats go for $130 a piece. (With the two added rows of seats in front of them at up to $328 each.) 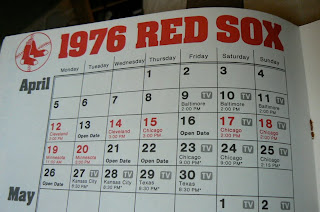 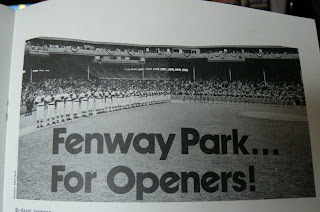 I love seeing pics of Fenway from before they started building upward. 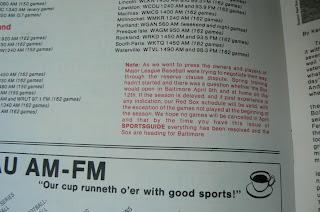 Uncertainty before the '76 season...but the Sox would indeed be in Baltimore for Opening Day 1976, the first one of my life. They out-hit the Birds six to three, but made two errors in the fourth, leading to the game's only run. 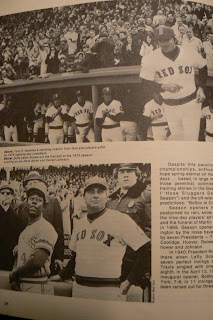 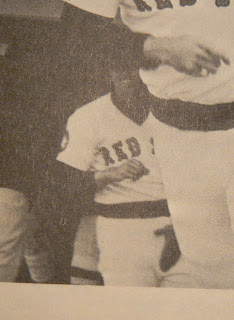 Bill Lee with hand on cup. (You can tell it's him because he wore the Mass. Bicentennial patch--worn during '75 and '76, at home only, despite what the Man tells you--on his right sleeve instead of the left. I think another pitcher did too but this really looks like Lee.) 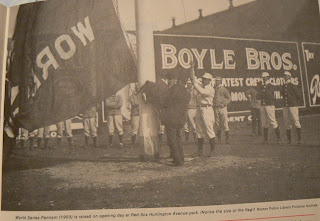 Big enough piece of cake or what?? 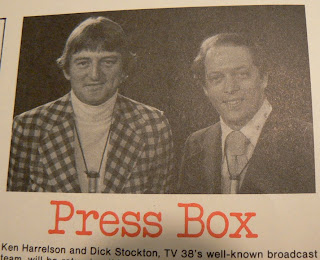 The now universally-despised Hawk Harrelson was once a beloved Red Sox player and announcer. 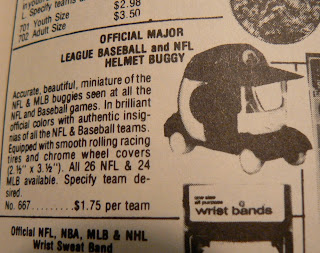 What? I don't remember tiny versions of bullpen cars! Does anybody have one of these? 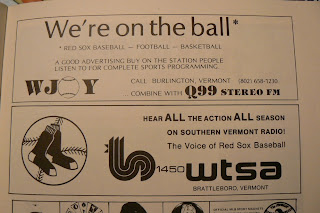 That Neumie dude they're always making fun of on EEI, on his old Whalers show on a station I'm quite familiar with. Below that, George Grande's brother Carl. 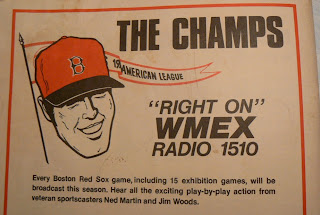 Your back cover. The Champs! (Of the AL.)

Comments:
Extremely Cool and vintage!!! And the year I graduated from high school...not yet a Red Sox fan..but an avid baseball fan. Unfortunately for me, Texas was football heaven and without cable and satellite, I didnt know of Fenway Mecca till I was older.

I bought a copy of this at the drugstore when it was first published; it's sitting somewhere in my parents' attic.

Oh yeah, I had one of those toy bullpen buggy cars, but the Mets version (think I got it around '74). Also probably in my parents' attic.