Finally, Pics From That Last Crappy Game Of '09 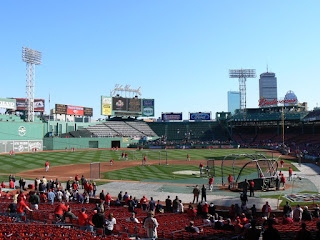 Took my mom to Fenway, and we hoped to see the start of a comeback from a 2-0 ALDS deficit.

As per tradition, I took a pic of the logo on the field behind the plate. 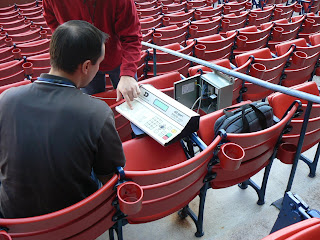 In the seats behind home plate--this thing. I wondered if it was the unit that runs the scoreboard or something. (I also thought about casually walking off with it since these guys left it unattended.) 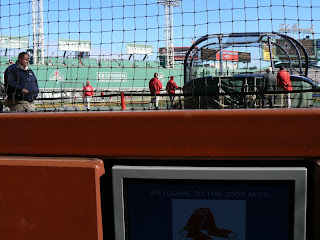 View from behind the plate. (Note the "hey, Billy peed his pants, too!" security guy!) 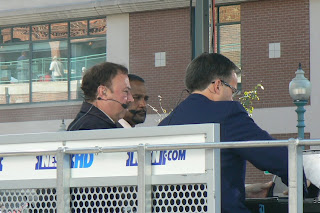 Went out to Yawkey Way for a while after BP, and saw Rice, Remy, and TC. 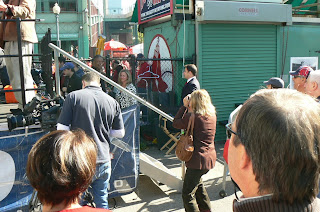 I spotted Dave Henderson right away, and before I knew it, my mom was running over, calling his name, and taking his picture. (Hendu's head is above the gray shirt guy, next to his blond wife/partner, and my mom is the one excitedly taking his picture.) 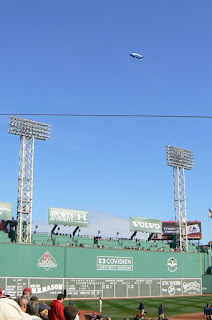 Blimp over the Monster. 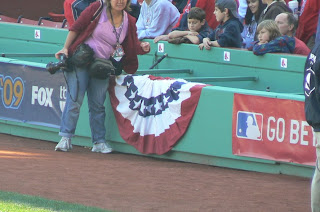 One of the many reasons why all those ads around the park are so sickening: the fact that there's hardly any fence-space for those bunting things. 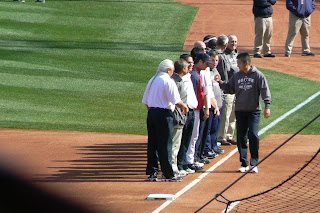 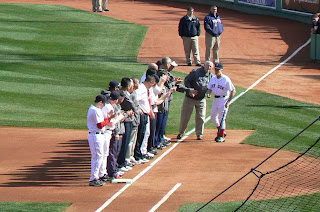 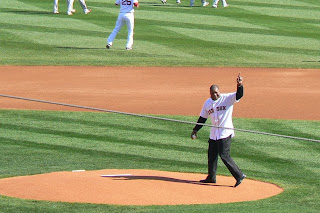 After Hendu threw out the first pitch, he recreated his famous jump from the '86 ALCS. But I missed it. 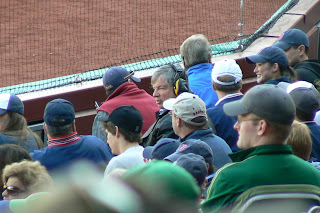 Last shot of the Kap'n with his headphones in 2009. 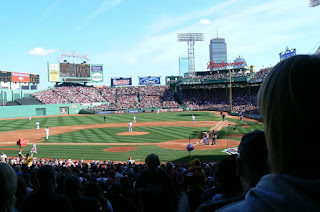 Before the first pitch. 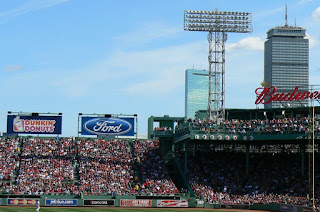 Check out the shadow of the light tower on the bleachers. This was a noon game. Besides the annual Patriots' Day game, there's never a game this early at Fenway Park. 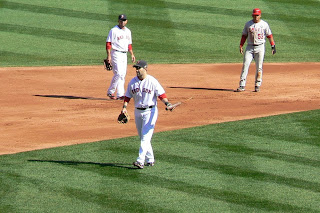 Last broken bat shot of the year...I should do a collage. No I shouldn't. 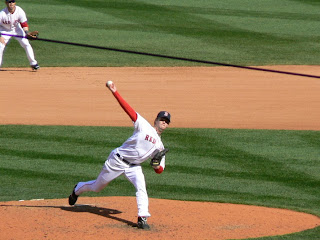 Clay Buchholz. If only he had stepped off when Hunter bolted for third. And if only Hunter had cared half as much during the goddamn Yankees series. So that was our view. Not bad. We were actually right behind the section 23 pole, but we found seats right in front of the pole, and when those people showed up, they left one seat, which my mom stayed in. When I went back to my pole spot, I found that some people in my row still hadn't shown, so the people next to me moved down, allowing me to actually see. Finally I realized that despite the packed house, there were literally six empty seats around my seat, so my mom came back so we could sit together, and we both could see the field. A really sweet deal for 55 bucks face value. 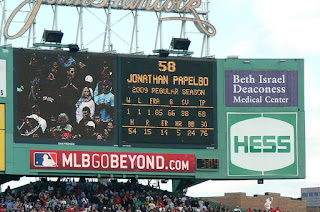 PapelBO entered the game, and it looked like we had the W. 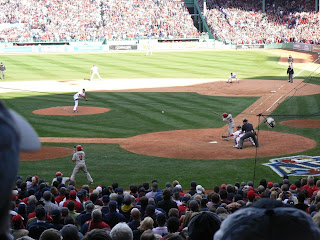 This was the first time we stood for the final strike. Aybar lines a single. I was shooting during the second time we stood for it, and again we didn't get it. The third time, I just left the camera down, and Pap gave up yet another hit, and we were done. 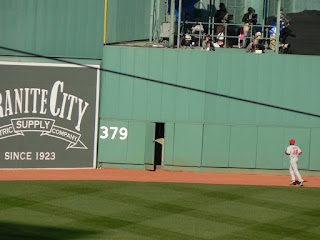 The last hope was when the flagpole door mysteriously came open in the bottom of the ninth. Hunter had to go close it. All that time, it stays shut, and then it just opens. I took it as a sign but it turns out it was just a loose latch, I guess. We went down one two three... 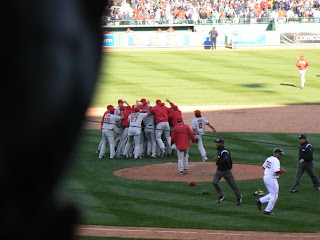 ...and the 2009 season was over, just like that, and it wasn't even 4:00. I held the camera up, took a quick shot of the Angels celebration, and we headed up the stairs and out of Fenway for the last time of '09. Next time I go there, they'll be a hockey rink on the field.

Comments:
So you got pictures of Ma, which is good, and Nua, which is also good. [/costanza]