First, the rain dance videos, then the pictures. 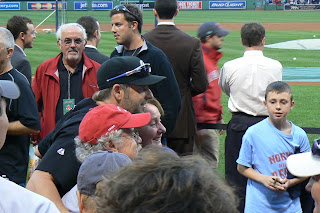 Took a thousand shots of Millar. Here he is posing with a grandma and a ma. Oh, it should also be noted that the Jays pitchers, specifically BJ Ryan and Chacin, were really good with the crowd, throwing us ball after ball. They even purposely had this one guy catch a toss in his half-full beer. This is in contrast to that one Blue Jay earlier this season who got pissed when a security guard gave one of their balls away. 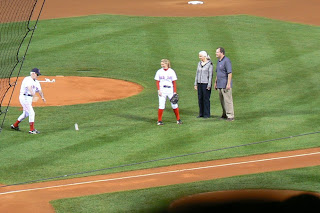 It was Pesky's 90th birthday! He tried to do his patented "hit out the first pitch" but kept missing. 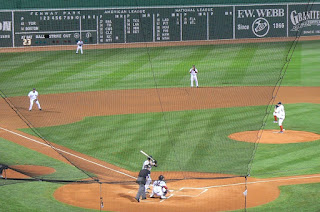 Bowden started in place of Beckett, and was bombed. 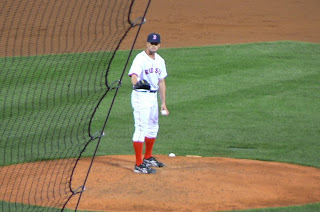 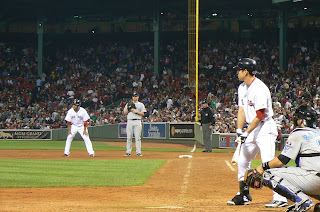 At 11-3 Toronto on a school night, it was easy to get a good seat. I went to the second row for this awesome angle. 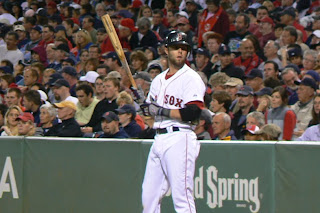 Pedroia--isn't it funny how Kelly shows up in so many shots? 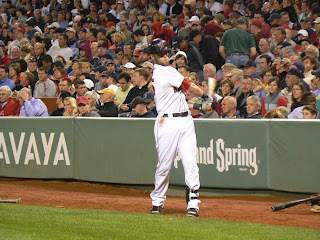 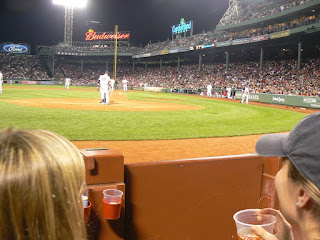 My view of the field from the sweet seats. 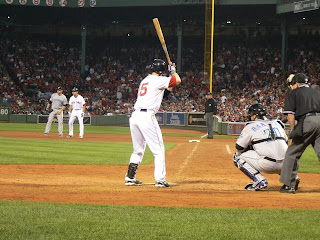 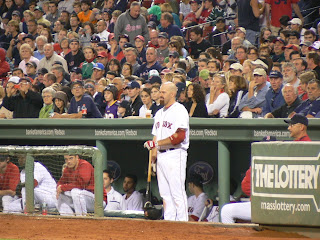 Youk in the hole. We cut it to 11-5, and were rallying...and then there were a few drops...and then we were soaking wet. 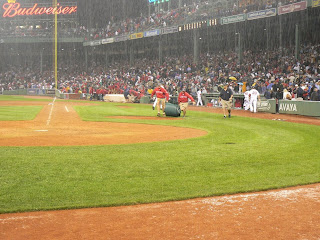 I could have gotten some great shots of the tarp going on, but I was concentrating on getting my hood on and my camera into my bag. 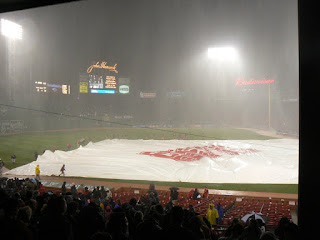 Rainy Fenway, from up under the roof. 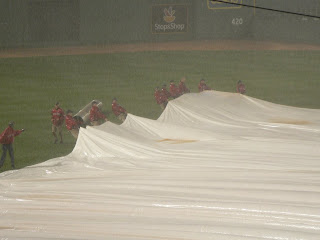 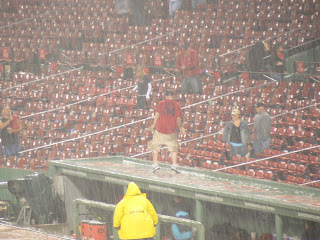 This guy was dancing on the dugout until they kicked him off. At this point, they started playing all these dance and/or rain songs, making it a festive atmosphere. 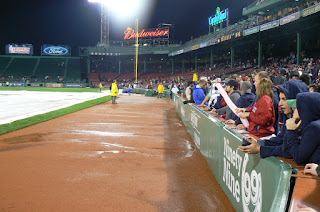 Down in front again, ready for more baseball, but they called the game after an hour. 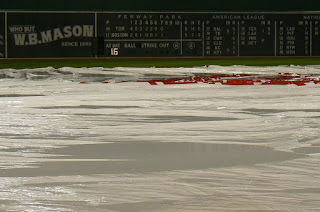 The tarp that never came off....

Comments:
Hey Jere, nice pix and video. Glad to see you made the best of a not so great game.

10 years later I ask myself: Why did I say a "grandma and a ma" with Millar? One of those people clearly has a mustache.