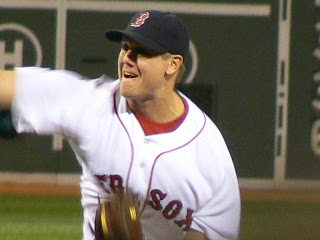 No, this wasn't my real seat. But after the three-run seventh that make it 7-4 us, a bunch of richer folks headed home on this school night. More pics from the good seats below. Click to fun-ify. 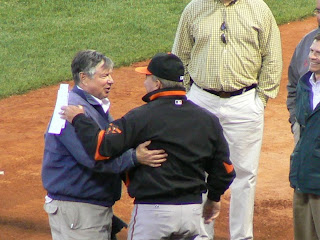 Hadn't been to Fenway in a while--I had tix to at least three August games that I couldn't go to. Since I've been gone: Some new signage went up, the bullpen guys don't walk out to that pirate song any more, and there are like ten guys I hadn't seen in a Sox uniform live before. Above, the Kap'n (Jeremy Kapstein) and Cap'n Kirk (William Shatner aka the Orioles' manager). 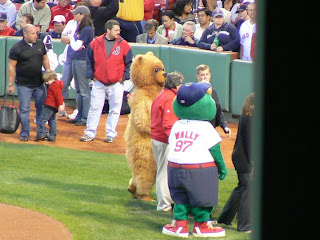 Some bear was on the field. I also saw a Nutcracker. 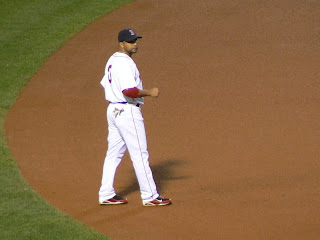 Alex Gonzalez. Back and somehow even awesomer than before!!!!!! 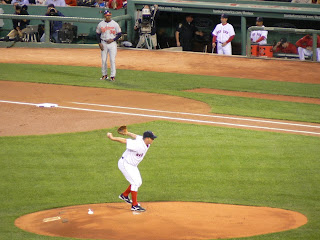 Another new but old Red Sox, the man whose name is a fitting mix between "pall bearer" and "all bored," Paul Byrd. He pitched well and left in position to get a W. 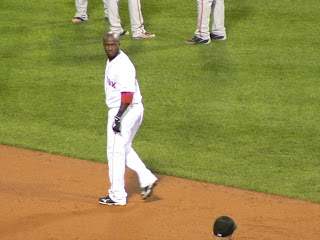 And another new one: Billy "Hey Mommy" Wagner. 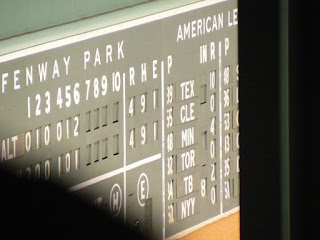 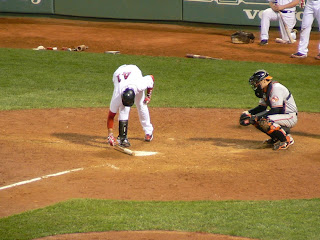 Yes, it's yet another Red Sox player I was taking my first picture of, Victor Martinez. Before I could take another, he (pinch) hit the first pitch he saw for a tie-breaking, three-run double. So I had been up in this standing room spot, with really inoffensive people around me. A newly engaged couple who were co-scorekeeping--she was still learning but picking up on stuff fast. I told her tonight would be the only time she'd ever score a Mike Lowell steal. Also, the guy knew his baseball, which is getting rarer and rarer these days. The guy to the right of me with his kids knew a little less, but they were fine, too. And one of the kids had a Whalers Starter jacket on. I just don't like being surrounded by drunk assholes, but they usually find me in any crowd. Oh and the guys to the left were Japanese, and were also un-obnoxious. And for this undesirable game, the standing room crowd was really only one deep, so no one behind me. One of the best "surrounding fans" nights ever. Oh, and I chose that spot since it was out of the wind, and it worked. Never even went to my jacket--it stayed in the pen (tied around my waist, aka Ninety-One-in' It) all night. 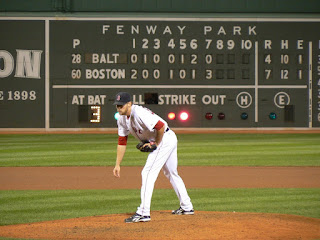 But still, I left them as soon as I knew I'd get a good seat down close. Here's Bard. 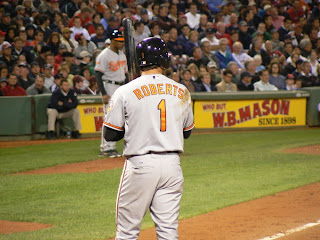 Considering how often we play the Orioles, you'd think I'd have more pics of Brian Roberts, yet I feel like I never see the guy in person... 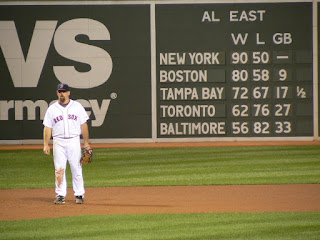 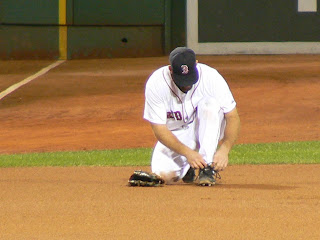 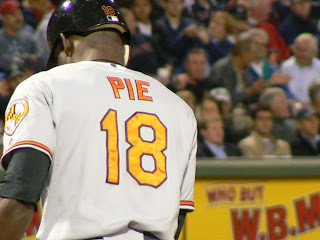 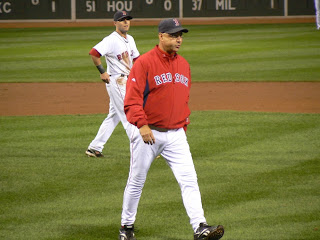 Tito after bringing in Papelbon for the four-out save. 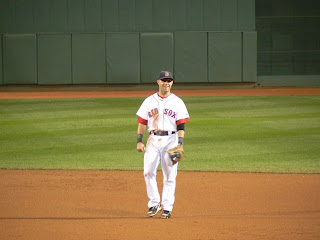 Dustin with no beard or eye black. 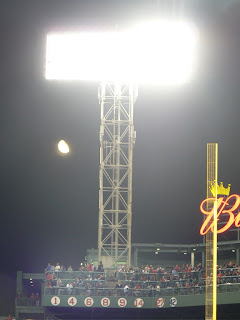 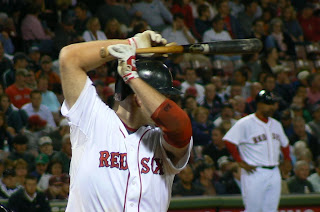 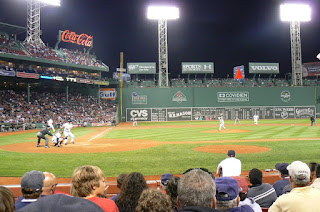 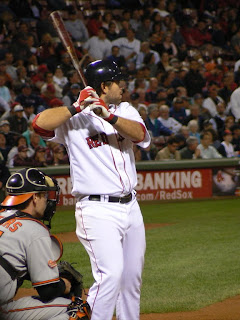 Dusty Brown has flipped me a ball at the last two baseball games I've been to. Except this one. 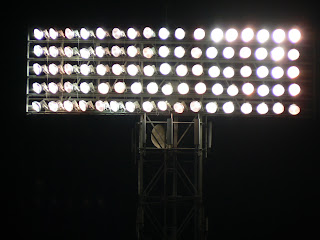 The moon IN the light tower! I don't know why my camera decided to capture the individual lights so clearly, which helped this photo out immensely. 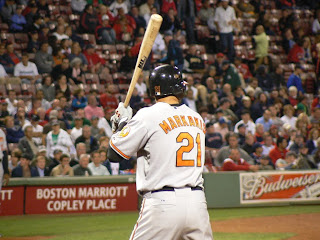 Probably my favorite non-Sox player, Nick "What Drew Should Be" Markakis. 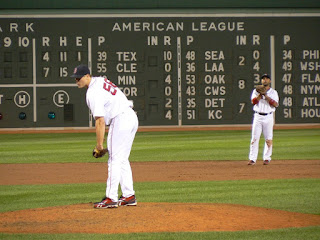 Papelbon. And below, Papelbon again. Good night. Oh and happy birthday to my sister, but she probably doesn't read this crap. 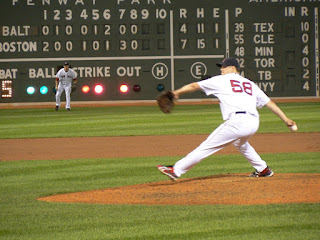 Comments:
No pictures of the CF bleachers? We got married pre-game in the CF triangle, on the edge of the warning track, and our seats were in the front row of CF, right next to the camera guys. Would love a shot from your vantage point.

I'm gonna do a new post about this. In the meantime, let me know how to contact you....thanks.