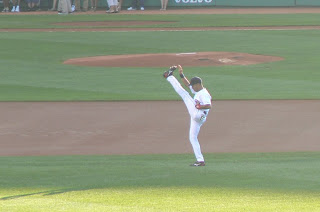 Lugo: I could kick myself for being so Lugoey! These are pics from the Nomar-return game. Before I only showed you the actual Nomar part. After these are some Pawtucket shots I never posted. 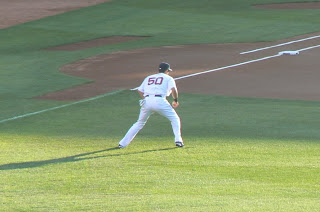 Aaron Bates aka The Motel on the field before his first major league game. 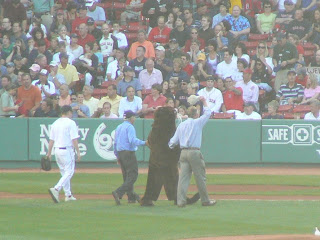 A walrus threw out the first pitch that night. 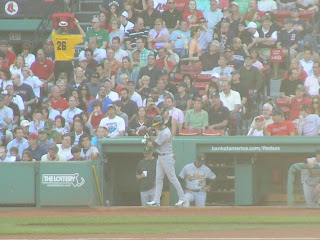 Nomar emerging from the dugout. This was in the first inning--the guy before him ended the inning so he didn't get introduced until the next inning. 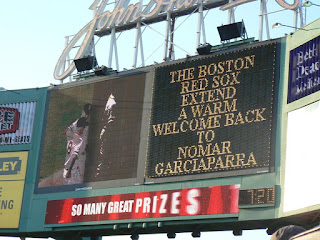 But between innings, they showed a little retrospective of Nomar and formally welcomed him back. 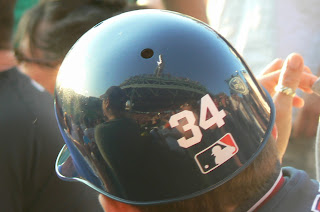 The roof deck in some kid's helmet. 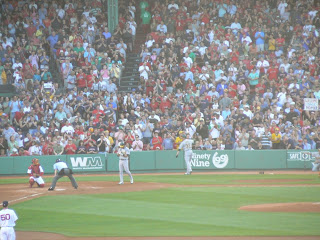 Nomar up for the first time. See my original gallery for the video. 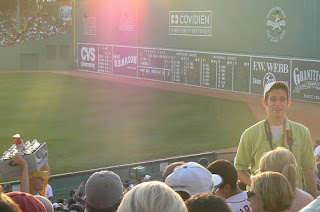 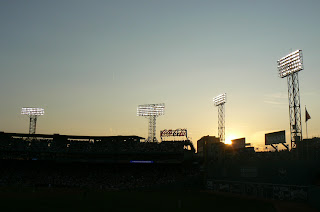 Yes, it's supposed to be this dark. 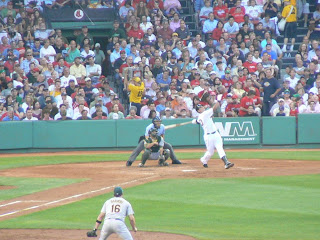 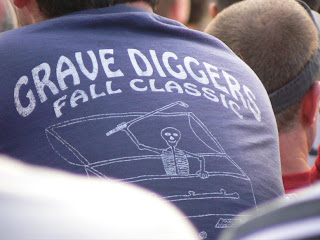 Kim was with me at this game, and we both thought this shirt was hilarious. Is that a golf club? 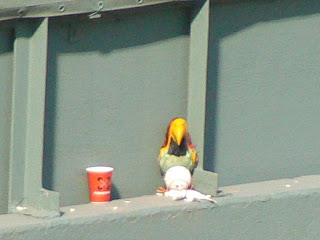 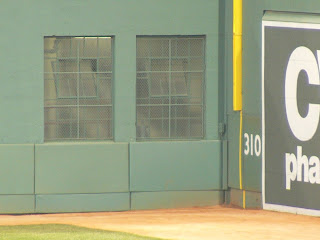 Did you know the garage door in the left field corner can be opened by typing in a code into the box visible to the left of the 310 mark? Either that or it's a key. But I had no idea. I've seen people go from scoreboard to side garage before, but I thought someone in the garage opens the door. But on this night, the guy left the scoreboard door, walked over between innings, and opened that box, making the garage door on the side wall go up.

Now, for the Pawtucket game from June, on "Legends Night." 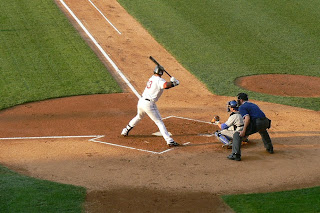 Aaron Bates was making his AAA debut. I wouldn't have known, except that Kim and I ran into David Laurila there, and he clued me in. 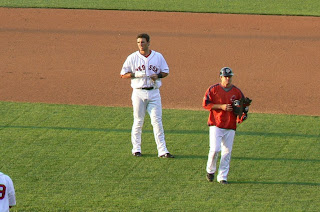 Bates after making an out in his first AAA at bat. 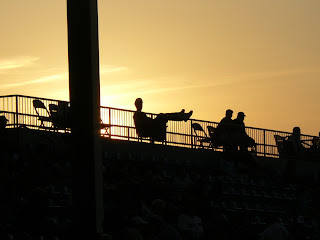 People of the sun at McCoy. 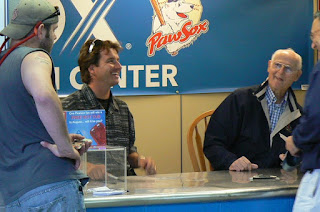 The legends were Bill Monbouquette and an old favorite of mine, Brian Rose. I was convinced back then that Rose and Juan Pena would be taking us to the promised land. 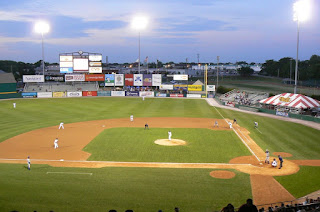 McCoy Stadium, Pawtucket, RI, just a few miles from where I now live. 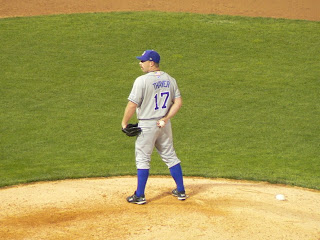 You don't get this joke unless you know Providence. 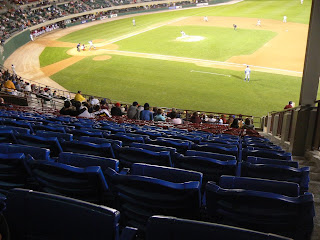 Late in the game, after the place had emptied out a bit. They lost. I think.