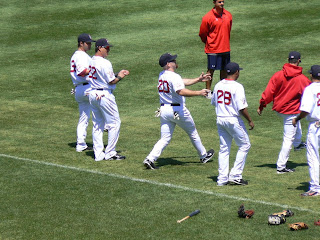 My mom was coming up for that night's book event, and I saw Youk was playing at Pawtucket at noon, so she came up early, and she and Kim and I took the five-ish-mile journey to McCoy. Here he is with his new friends. 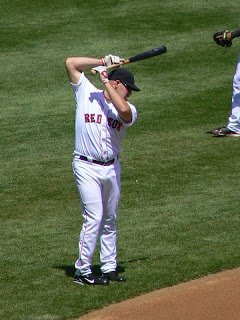 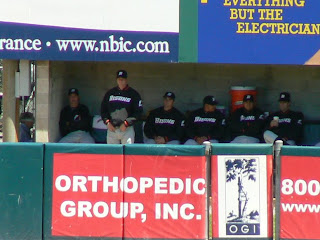 Out in the Buffalo Bisons 'pen, it's Kyle Snyder! 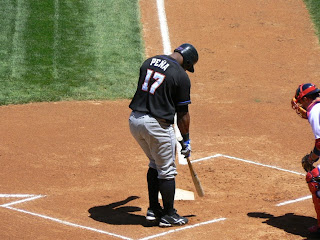 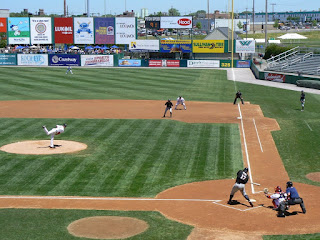 And yet another dude everyone knows--I had no idea Clay Buchholz would be starting. Here he pitches to Pena. 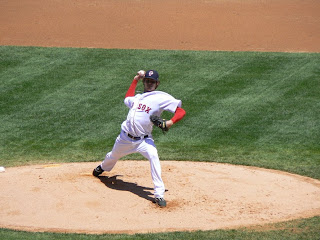 Close-up of Clay, who had a pretty good line, but did not pitch too beautiful a game. Youk at the plate for the first time. He got no hits in this game. 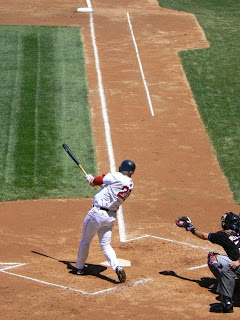 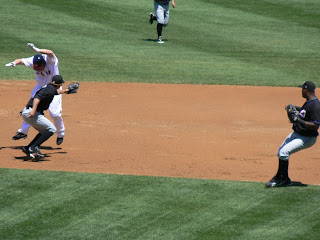 There was a crazy double-rundown play--the PawSox had a man tagged out in a pickle between third and home, and then another one between first and second, on the same play. 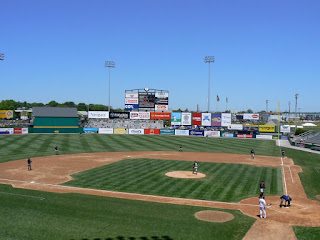 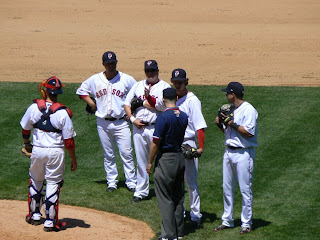 There was a ball hit to dead center that I thought hit above the yellow line. The umps said no. But then they changed the call. Homer. Clay was pissed. 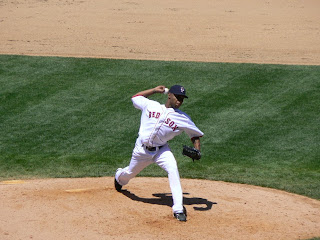 McBeth trying to assassinate the Bisons of Buffalo-land. 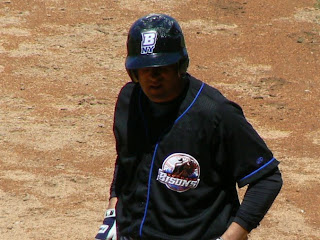 Here's a close-up of their logo-age. (I also noticed the bat boy had a road PawSox uni on, and it was the same as last season's. Did they not switch to coincide with the big club's new road look?) 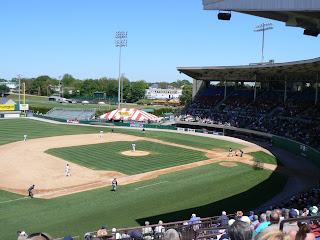 We decided to sit in the sun late in the game. 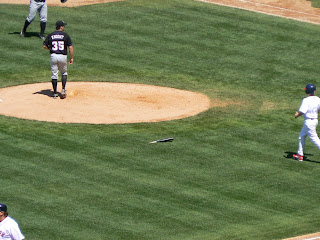 This broken bat lodged into the ground, look closely. 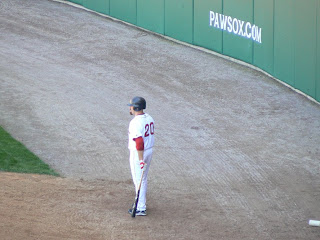 Here's a nice ad possibility for our AAA club. 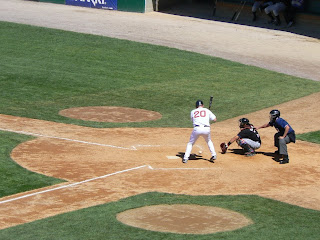 Ball right between Youk's feet. He almost donged to left in his last at bat, but it was foul. 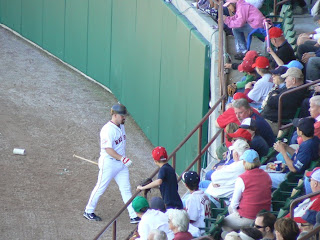 Here the fans watch Kevin as he goes back to the dugout.

I didn't like how they use "God Bless America" as the "stretch" period, essentially. They play it after the sixth. Then at the real stretch time, they do play Take Me Out to the Ballgame, but with no mention of a 7th inning stretch, so nobody stands! Except for my party, of course.

We knew we'd have to leave a little early, by around three, to get up to Boston in time for our event. So after Youk's at bat in the eighth, with the P-S's down one, we had to go. Got in the car, turned on the radio, and heard the announcer say Pawtucket got a bloop and a blast to take the lead, and they were suddenly three outs from a win. So we missed that fun. Happened the second we left. But oh well, we knew ahead of time we'd be missing the end.

Look for me on TV at Fenway tonight, catching a home run in the front row in dead center field.