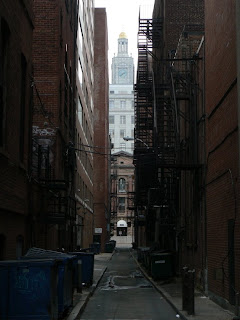 Really nice day Saturday--only very slightly uncomfortable toward nightfall when the wind blew, but otherwise, gorgeous. Kinda humid even. Non-Sunday day games are the toughest, parking-wise. My mom and I planned to park at the Common garage and walk it. It was full, but we did find a free parking spot near there--Tow Zone 8-6, except Sat-Sun. Gold. Perfect day for a good walk. Here's some building from an alley. 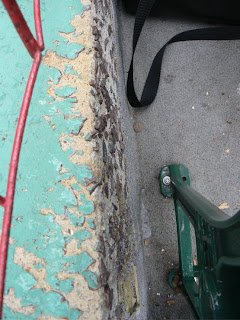 The floor next to my 10-game plan seat, at the edge of the bleachers, with penny, and ubiquitous camera bag strap. 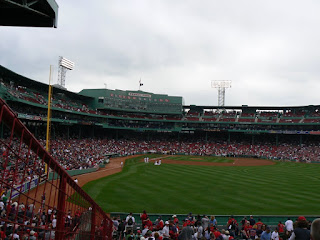 The view from "the seats." 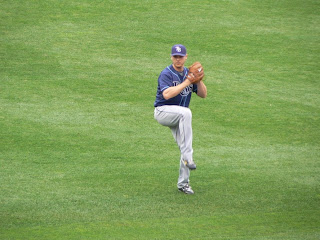 The first game of the 10-game plan in April was also Lester-Kazmir, and again, we lost. 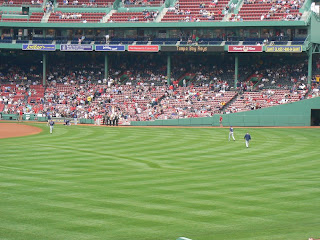 Not the best view of the "7" in the grass in center field for Dom DiMaggio, but I can see it. 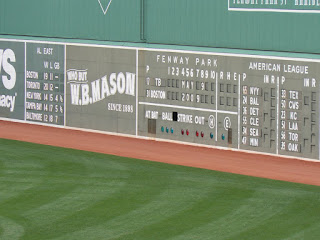 I think it was my first time seeing us in first place on the board in person in 2009. 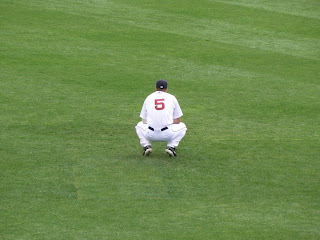 Rocco hit his first Red Sox HR, and the second in history by a Rhode Island native as a Boston player. My (new) state! Thanks to Joy of Sox for that stat. 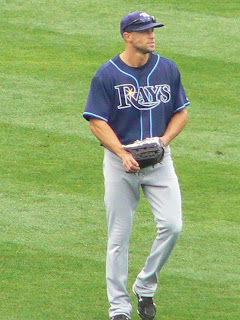 It's weird, Kapler on Tampa, Rocco on the Sox. Both right in front of us in right field on this day. 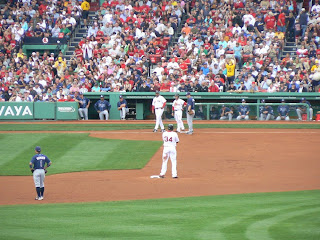 What a crazy play in the first. Pedroia's rounding second on Papi's check-swing hit, and runs into a fielder. He assumes it's interference, and stops between second and third. But the play is still live. Crawford has the ball in shallow left, and tosses to second for what should be an easy out since Dustin is just standing in no-man's land, thinking the play's over. But he throws it over the guy's head! Dustin goes to third easily, and Papi hustles to second. Too bad we couldn't capitalize. (Also note the numbers on the vendors. On the Phillies game, I'm noticing they also have numbers, but theirs are in the Phillies' font. Probably also Aramark, since they're yellow shirts.) Soon the Devils were pounding the ball all over the place, and as early as the 7th, we were able to score field box seats. 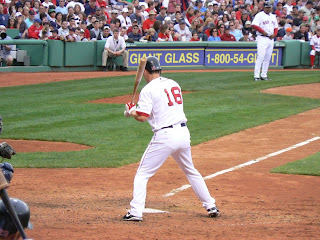 George Kottaras at the plate. I went for the same view as the game before. 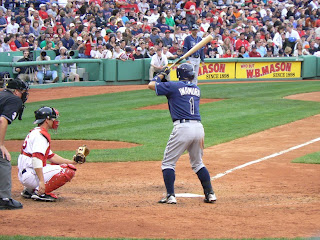 Iwamura in the box. 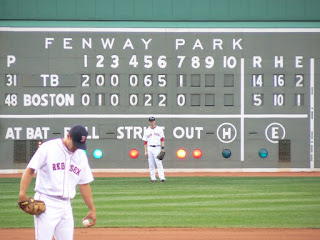 Not the best of linescores. 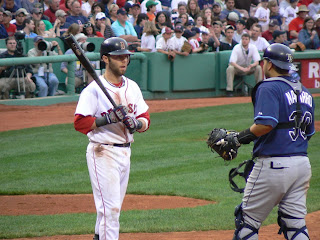 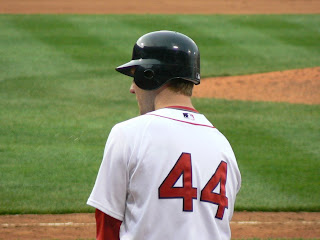 Jason Bay spitting while on deck. You may have to click to enlarge to see the spit. 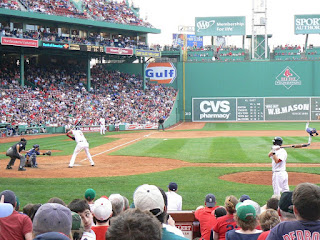 Kapstein with his crazy new headset/hat combo as Drinkwater glares at me. 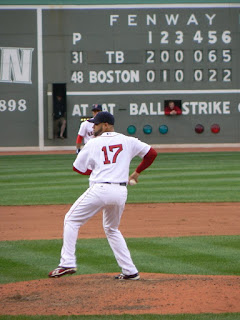 Manny Delcarmen mops up as workers watch from inside the board.