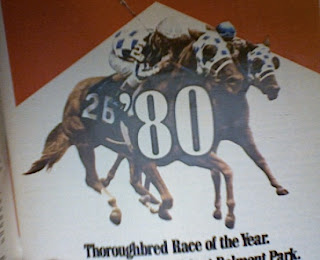 80. Sorry, I didn't wanna get the camera out and do all that uploading, so I just shot these with the built-in camera in my laptop. 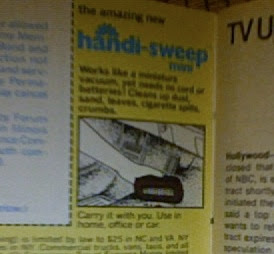 Does this Handi-Sweep logo remind you of anything? Actually, NBC still had the 12-feathered peacock in '80, so maybe they took a page out of Handi-Sweep's book.... 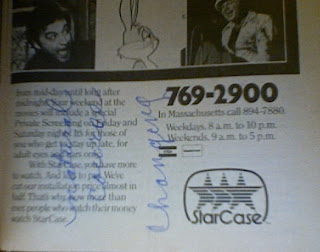 I have no recollection of "StarCase." By the way, this is a Providence local edition of TVGuide that I got here in Providence a few weeks ago. Not a Connecticut one from my childhood. Then again, I wouldn't have one of those, since our family just used the tv listings from the New York Times. Hey, at least I'm giving you something--the Boston newspaper sports sections just tell you over and over how "nothing's going on." I'd rather look at old TVGuides. 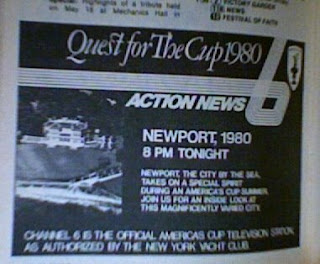 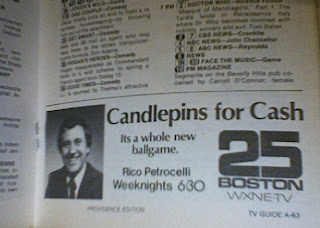 You Boston people with your candlepins. So it really is true... Actually, Kim has told me about this show before. Petrocelli. Awesome. 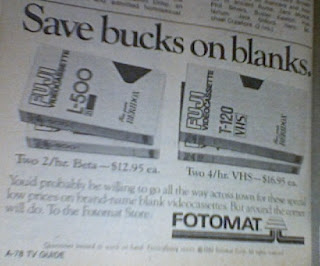 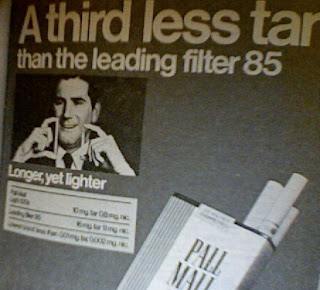 I thought I'd avoid the ubiquitous cigarette ads this time, but look at this guy--he's mesmerized! Longer...yet lighter!

I actually watched this channel tonight. It still is the one. Red Sox-Yankees action. This game's on 3, 6, 11, and 38! When I saw the 11, that's when I figured out that Providence was getting stations everywhere from New York to Boston. So you've got 11 out of NY, 38 out of Boston, and then 6 was the Providence (actually New Bedford) CBS station, and 3 is the Hartford CBS station which I vaguely remember carrying some Sox games when I was really little. 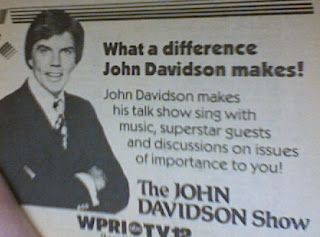 What a difference John Davidson makes? Man, even your dreams are square.... My friend Brian, noted Davidson-hater, is gonna love this one. 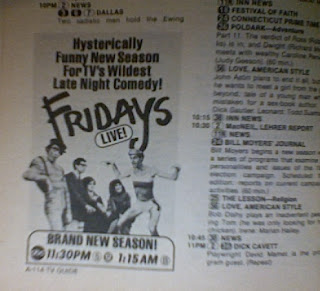 Ad for Fridays. Note Michael Richards hanging off the Y.

Sears once again with their crazy jersey-shirts. Can't blame me on this one---the ad itself was blurry. Back cover shot. So those are the highlights. Kim and I also have had countless minutes of fun looking at all the shows and their descriptions.

One of my journalism profs in college wrote TV show summaries for TV Guide in the 80's. She had us do an exercise in one 300-level class where we summarized TV shows. Tougher than it sounds when you have a space limit. I forget now what the limit was, but all of us had trouble.